Holocaust Memorial Day takes place on 27 January with the theme 'Be the light in the darkness'. Use these resources to get involved and educate your students...

What is Holocaust Memorial Day?

HMD takes place to remember the six million Jews murdered during the Holocaust, alongside the millions of other people killed under Nazi Persecution and in genocides that followed in Cambodia, Rwanda, Bosnia and Darfur.

When is Holocaust Memorial Day?

Holocaust Memorial Day takes place each year on the 27 January, which is the anniversary of the liberation of Auschwitz-Birkenau, the largest Nazi death camp.

This year’s theme is ‘Be the light in the darkness’. It encourages everyone to reflect on the depths humanity can sink to, but also the ways individuals and communities resisted that darkness to ‘be the light’ before, during and after genocide.

1 | What was the Holocaust? 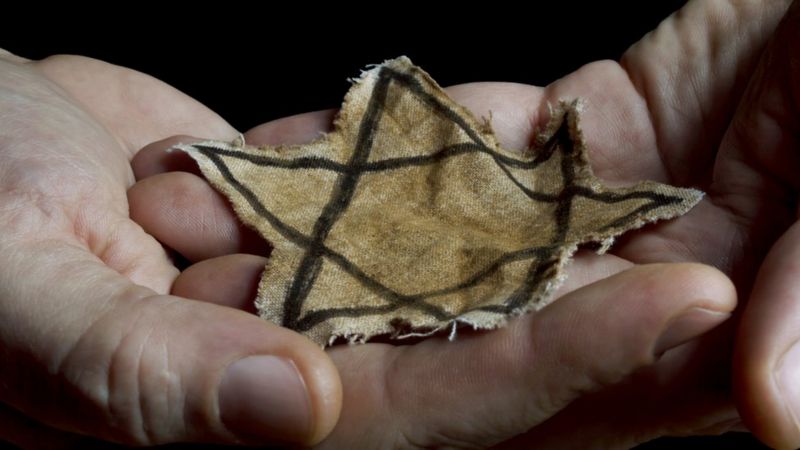 Obviously teaching the Holocaust to young pupils is something that should be done with sensitivity, so if you’re after a good, child-friendly starting point for what the Holocaust was and what happened, try this CBBC page.

It has short descriptions of events and people, along with animated videos and links to other relevant sources. 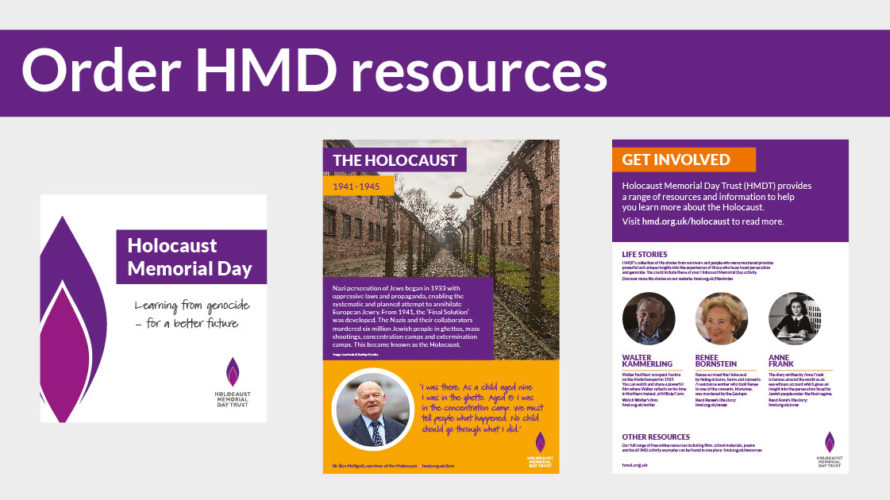 Or, if you prefer, you can print the booklets and posters off yourself.

All of this can be found here.

3 | Why children need to learn about the Holocaust

Obviously the Holocaust is a tricky topic to bring up with younger children, but in these turbulent times it’s essential that we do.

In this article, Bev Forrest outlines how you can give KS1 and 2 children a firm foundation of knowledge on this difficult subject, to set them up for a deeper understanding in secondary school.

If you’re looking for something to share with students, this award-winning video from the UCU comes in at around 25 minutes, and features personal testimonials of the Holocaust.

The film was accompanied by a short publication of testimonials by UCU members and others who survived genocides in Armenia, Bosnia, Cambodia, Darfur and Rwanda, which you can download here.

You can also find more videos and resources from UCU here.

Exploring the Holocaust is a free, comprehensive and flexible cross-curricular scheme of work produced by the Holocaust Educational Trust, built around 15 core lessons in History, RE and Citizenship or PSHE.

You will also find additional resources which can be added to the scheme of work and guidance on incorporating art into a programme of study on the Holocaust.

6 | Holocaust assemblies for primary and secondary

The Key Stage 2 assembly introduces students to Holocaust Memorial Day, what we are commemorating, and how we can mark it. It includes poetry and film to engage students with the day.

While in the secondary assembly, students will learn about how people around the world have been affected by genocide, and what we can do today.

Each one features a script and presentation, designed to be used together by teachers to deliver the assembly.

One of these resources is the UCU Holocaust Memorial Day wallchart, which has been brought up to date to include new sections about the recent fight against fascist organisations like the BNP and EDL.

It can be used in your school to educate against the dangers of anti-Semitism, fascism and racial discrimination.

8 | The ten stages of genocide

The importance of learning about the timeline of the Holocaust is essential for spotting acts of evil as they occur. Genocide doesn’t happen overnight. It starts with small steps imposing on people’s liberties.

In 1996, Dr Gregory H Stanton, President of Genocide Watch, outlined the 10 stages of genocide as:

On the Genocide Watch website you can see exactly how he defines each of these stages. It’s important though to not view this as a linear model, and to understand that some stages take place at the same time.

This set of five activities are designed for use in tutor times. They include short activities and discussion questions to introduce students to the genocides remembered on Holocaust Memorial Day.

Students will learn about people affected by the Holocaust and genocide and explore a range of themes, and are challenged to think about their own social responsibility, and what we can do to make a difference today.

The outside world knew of the camps even before the war, but took little notice of reports of what they were like. Thus when Allied soldiers began to advance into Germany at the end of the war and discovered the camps, they were deeply shocked by the conditions. These documents record what the British soldiers found, and how they responded.

There’s a powerpoint, lesson plan, resource sheets, teacher’s notes and curriculum links, all of which you can find here.

Made in partnership with Stand Up! Education Against Discrimination, this lesson will help your students learn how discrimination was used during the Holocaust, Nazi Persecution and the Genocide in Rwanda.

You will discuss antisemitism and anti-Muslim hatred in society today, and what to do if you are the victim or a witness to a hate crime.