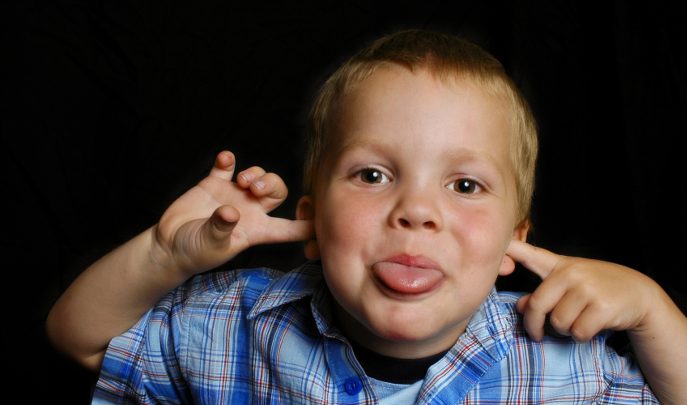 They might know how to press our buttons, but the less-well behaved should get the same treatment and professionalism as their angelic peers

As early years practitioners, we’re expected to adopt a sunny demeanour – all smiley faces and friendly words. Parents probably wouldn’t be happy leaving their children with a group of dour, grumpy staff.

But sometimes, behind the facade, we have a few gripes running round in our heads. Last time, I talked about becoming too attached to children – well, while we don’t like to admit it, there are also those in our care who we simply don’t like.

As much as not being particularly keen on a child might seem like blasphemy, practitioners around the country will, on occasion, retreat to the sanctuary of the staffroom and have a carthartic natter about that child.

There’s one in every setting: the toddler who makes ruining your day the sole object of their existence. Perhaps it’s a little boy who insists on going to the toilet on the floor, then giggles while he watches you clean up the mess. Or perhaps it’s a little girl who bites your legs and scratches your face. Yes, there are plenty of ways children can make life miserable.

But what can we do about this issue? We may have to look after these children all day, every day, or perhaps even act as a key worker to them.

In adult life, we can find ways of working out problems with those we don’t like, but we can’t take the same attitude when it comes to young children. This might all make great material for a sitcom, but it’s not exactly fertile ground for effective childcare…

I like to think that as compassionate human beings, no one reading this magazine would ever treat children differently based on personal preferences – but sadly, from personal experience, I know that it does happen.

There are practitioners out there who will show favouritism towards certain children simply because they like them better. I’ve seen staff members allow their favourites special treats or privileges whilst denying these to other children in the very same room.

This worrying behaviour can appear in a less overt form as well. We cannot discount the subliminal aspect of bias.

I myself, having seen two children fighting over a toy, have favoured one child in the dispute based on past experience. Prejudgement of this kind is harmful and unfair, and although it’s something I’ve worked to remove from my own practice, I believe it’s still prevalent.

We know this isn’t fair or right, but it happens and so shouldn’t be ignored. We need to look at ourselves and our colleagues, and ask, are we part of the problem? And if we are, what can we do about it?

These issues can be addressed with thorough behaviour management training, which not only teaches practitioners more effective ways of dealing with unruly children (thereby reducing stress and the potential for grudges developing) but also why children act the way they do.

On the courses I’ve been on, it’s often been said that “a child’s behaviour is the direct expression of the way they are feeling”. This is a reminder to us that our reaction to bad behaviour should not be irritation but compassion (however difficult that might be!). It’s our duty to really think about the way we’re reacting to children’s behaviour and to be careful to treat everybody equally.

Even if we’re not feeling particularly compassionate, there’s something else we ought to remember when dealing with children we just plain don’t like: professionalism. Just think, should we treat parents differently from one another based on personal preference?

I like to think that the majority of us would never do such a thing, because we like to maintain professional standards. We should apply the same standards to children as well, no matter how much they might get on our nerves from time to time.

Whilst it’s not nice to say that we don’t like a child, it might be a good idea to, at least privately, admit that it’s going to happen sometimes.

That’s the first step towards addressing the issue, and if we take effective steps to resolving it, who knows? We might find ourselves making friends with those we thought we didn’t like!