21 of the Best Early Years Books for International Friendship Day 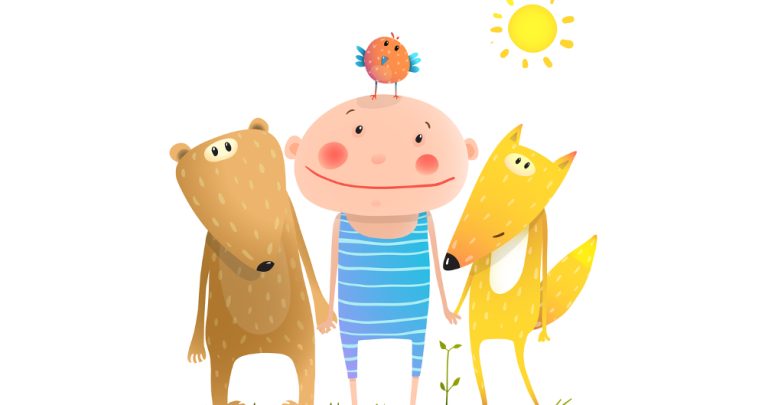 Young children will learn new things about relationships every day, so why not celebrate this July with some amazing stories that teach them to cherish those around them?

We know that skills like empathy aren’t fully developed until later in a child’s life, which is why there are so many stories on friendship and how to treat people aimed at Early Years.

International Friendship Day, then, is a great opportunity to share some of these amazing books with your children.

It does, however, fall on 30th July. So celebrating on the day itself is going to be difficult, doubly so for Reception classes who are on summer holidays.

Here are our picks for some top tales that touch on various aspects of friendship that kids will love.

Tom Percival (Bloomsbury, paperback, £6.99)
Reuben and Felix are best friends, whose favourite thing in the world to do is to blow bubbles. However, when their game becomes a competition, things quickly get out of hand. In fact, success becomes so important that the protagonists are even driven to cheating in order to produce the most impressive results.

Holly Webb’s debut picture book for a younger audience, tells the tale of a puppy who manages to become separated from his young human when he’s taken to the park for the first time, before being befriended by a lonely but streetwise cat, discovers his inner courage, and eventually finds his way home.

When Hal and his dog Billy are interrupted in their play by the arrival of a very large and very friendly dinosaur, they are more than happy for him to join in with their games. However, they quickly discover that an enormous pterodactyl is not necessarily well suited to such standard activities as hide-and-seek, or sploshing in the paddling pool.

When Churchill the pig loses his most-prized possession – his tail – he is distraught, until his good friends Billy and Gruff come up with an idea to make him feel better, lending him a spare one that the zebras have lying around. Unfortunately, their cunning plan starts to backfire when Churchill becomes so carried away with trying on all kinds of different appendages, that he no longer has any time for his chums.

This charming little book about a group of bugs who decide to leave the security of their blanket home to explore the big, wide garden and look for new friends – but in the event are too scared to approach any of the creatures they come across – is a great circle-time read.

Penguin is an earnest little fellow, who always wants to do the right thing, so when he realises that his new friend, Pinecone, can’t thrive in the cold, he reluctantly packs up his sledge and takes him back to the warm forest where he belongs.

When Harris the puffin flies off in search of adventure, he’s not expecting to take part in the rescue of a baby seal who has drifted too far from his rocky island home, nor to meet a companion with whom he can set up a nest of his own. Its gentle message is how helping others can often have unexpected benefits.

Marmaduke isn’t how dragons are “supposed” to be – he’s shy, with enormous ears, sticky-out scales, and wings that he never even opens, because of how dramatically different they are. He feels rejected – but only until he meets Meg, a princess who is also nothing like what’s expected of her royal position.

It can be difficult for children when they suddenly become aware of a small but very obvious difference between them and their peers – for example, if they wear glasses but none of their friends do. This story follows Rex’s first day at school with a pair of specs that are not only new, but also big, round and red.

10 | Olive and the Embarrassing Hat

In this funny and touching tale, Olive the cat is given a ‘friendship hat’ by Joe the turtle; but it’s so ridiculous that all her other friends laugh at her when she wears it. Should she take it off and risk upsetting her chum, or ignore the teasing because the gift was given with love?

Journey into the woods to meet a bear who is convinced that being first is the most important thing there is. Fred works hard to be a champion in every competition, and he has the medals to prove it. He’s too busy training to have any actual friends, of course; but he has cabinet full of trophies, and that’s surely better, right?

Many youngsters will know exactly what it means to have an imaginary friend – but what must it feel like actually to be one? That’s the intriguing question explored in this magical book, as Fred goes in search of a playmate after having been dropped by yet another chum who has found someone ‘real’ to replace him.

Most people cannot see ghosts – which is why, when lonely Leo produces a tray of delicious snacks to welcome the family that’s just moved into the house he’s been peacefully haunting for years, the response he gets is not the one for which he is hoping. Fear and rejection send him wandering off in search of somewhere more welcoming.

It’s very easy for good friends to become comfortably locked into complementary roles, but it’s important not to take each other for granted, as Hugo and Bella discover when an invitation to the Hippo-Bird Fairytale Fancy Dress Party forces them to reassess their relationship.

The moral of Hans Christian Anderson’s original fairytale cracks somewhat under the weight of a critical, 21st century reading, but this endearing and gentle narration focuses on the tender bond between the mother duck and her odd-looking, harsh-voiced, clumsy baby from the start. And it’s clear that she loves him exactly as he is.

A friendly elephant who is very proud of his hide-and-seek skills attempts to conceal himself in a succession of ludicrously inappropriate locations, given his size. Whether the young boy who is supposed to be finding him is incredibly unobservant – or touchingly kind in pretending not to notice his hefty chum. Would your little ones ever pretend in order to make a friend feel better?

The protagonist of this funny little fable takes his affection for carrots much too far. Not only does he fill his home so full of them that there’s no longer any room for him to live inside it, but when his friends offer to let him stay with them, he foolishly destroys each of their tiny houses in turn by bringing his crunchy collection with him.

Lion and Mouse are best friends, but eventually the big cat’s habit of boasting about how much taller, stronger and louder he is drives his tiny but faithful friend away – and it’s only when he finds himself facing a fear that mere physical bulk isn’t enough to vanquish that the pair are reunited.

One of them lives in the green mountains, and the other in a frosty snowscape – yet little brown bear and little snow bear have much in common; and when the pair finally meet, a wonderfully natural friendship develops.

Secrets are a thorny issue in any educational setting, and perhaps especially so when the children involved are of an age when they are probably still struggling to understand the idea of boundaries at all, let alone their own, and others’, right to privacy. This book brilliantly unpicks these issues through Monty, a little frog with a big secret: he can’t swim.

Making friends in new places can be difficult – and it’s all too easy to imagine, when things aren’t going well and we’re feeling lonely or left out, that if only we were bigger, or better looking, or just different, then of course everyone would immediately start to like us. This endearing tale of a hygienically-challenged horse gently explores the fallacy of this assumption. 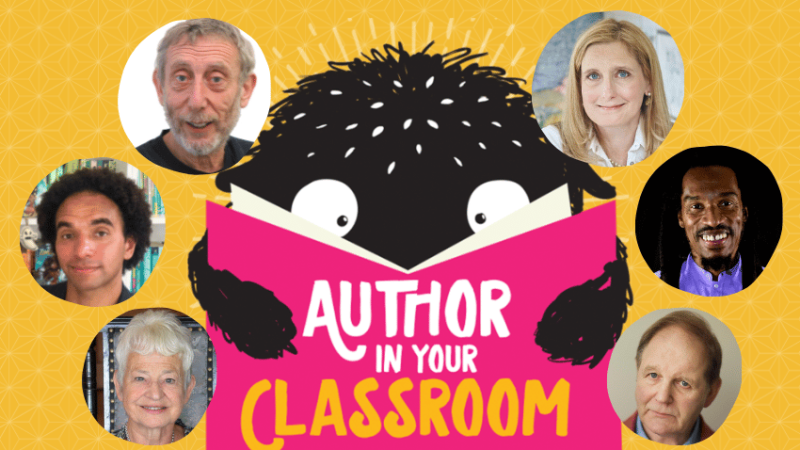 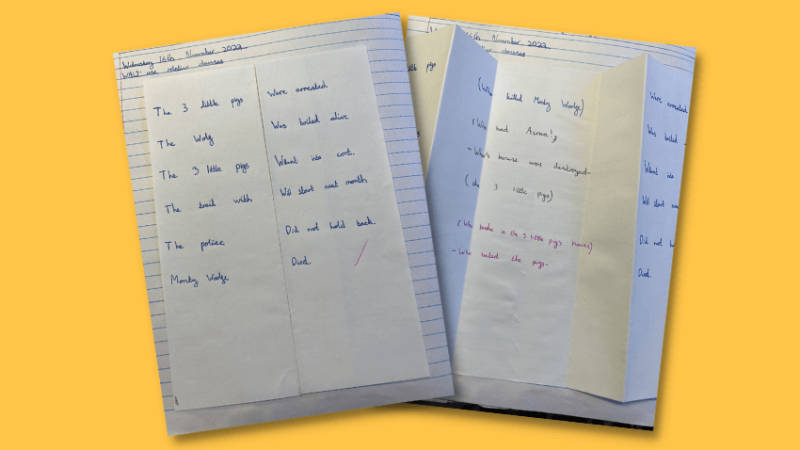 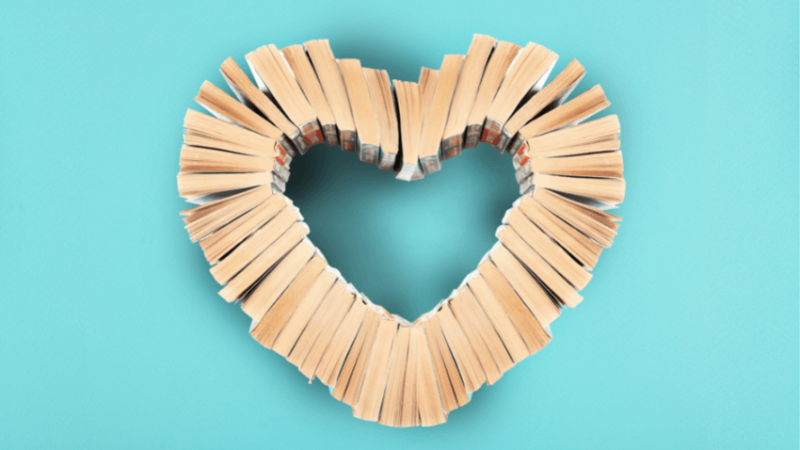