11 of the best books for teaching and learning about refugees

Refugee Week 2019 runs from 17-23 June, so get involved with some of the best books to share in class to help build children's awareness and understanding...

While the press coverage may not be as absorbed by migrants, asylum seekers and refugees as they were a few years ago, that by no means implies that all is fine and dandy.

It’s still an important issue that children should know about and understand, and thankfully there are an increasing number of books available to help share stories of migration.

We’ve picked out some of the best for all age ranges.

Plus, we have a resource roundup especially for Refugee Week should you need teaching ideas and activities, and this excellent article from Nola Ellen on how schools can properly support migrant pupils.

The topic of Brexit may not seem like a natural or easy one to bring into an early years setting – however, the divisions that have arisen in the UK around the issue of whether or not we should stay in the EU, and particularly with regard to immigration, will without a doubt already be having an impact on even very young children; for some, more explicitly than for others.

The ongoing refugee crisis is also something about which they may have questions, and whilst it’s not practitioners’ place to influence ideologies, promoting British values – such as tolerance and inclusion – is their clear responsibility.

This gentle and empowering story about a little mouse who dreams of building a ‘great big happy house’ in the forest, and achieves his goal with the help of a succession of animals who are themselves in need of assistance, was commissioned by Thomas Truong, publisher of Caterpillar Books and himself the son of a refugee and a European migrant, following the results of the referendum. It’s message is simple: if we are all kind and welcoming then together, we can create a home where everyone can be safe and joyful.

The Colour of Home

Hassan feels out of place in a new cold, grey country. At school, he paints a picture showing his colourful Somalian home, covered with the harsh colours of war from which his family has fled.

He tells his teacher about their voyage from Mogadishu to Mombasa, then to the refugee camp and on to England. But gradually things change. When Hassan’s parents put up his next picture on the wall, Hassan notices the maroon prayer mat, a bright green cushion and his sister Naima’s pink dress – the new colours of home.

My Name Was Hussein

This picturebook tells the story of a young boy called Hussein as a group of soldiers take over his small Bulgarian village. As the rights of all Muslims living there are taken away, Hussein is forced to change his name, and his family’s way of life is forcibly changed too, as they are no longer allowed to go out at night or go to the mosque.

Beginning with a quote about illegal aliens from Holocaust survivor Elie Wiesel, this graphic novel, from the team behind the Artemis Fowl comics, will help you to start a discussion on the migrant crisis in an accessible way.

The story follows 12-year-old Ebo as he makes the treacherous journey from Africa to Europe across the Sahara desert and Mediterranean Sea.

The book cleverly alternates settings every chapter, as we lurch between Ebo and brother Kwame’s panic-stricken sea crossing and the journey that brought them there.

Colfer and Donkin deliver a sucker-punch towards the end of the book that children will need some time to absorb, but the focus on relatable Ebo is an excellent entry point into this sensitive topic.

At the end of the book there is a map of Ebo’s journey and a cartoon strip telling a real-life refugee’s story that is similar to Ebo’s.

This moving, atmospheric story is outstanding. Gill Lewis’s flowing prose tells the story of Rami. Marooned on a small boat with a group of strangers, Rami refuses all offers of help and support.

He has nothing to offer in return except a violin and an ancient story – a song of freedom and a story like the wind. Rami tells the fellow travellers around him the tale of Suke and his fight to save a wild foal. His moving fable prompts the other strangers to share their own stories – tales of first kisses, fragrant lemon trees, of hopes, dreams and their families.

This book is a celebration of determination, love and hope. It is about the mindless devastation of war and the power of music to unite. Jo Weaver’s blue and white charcoal illustrations are stunning and evoke beautifully the swirling sea and silent night sky.

A thought-provoking response to the refugee crisis.

Looking at the Stars

Utterly believable from the opening paragraph to its heartbreaking yet hopeful conclusion, this is a powerful tale that celebrates human resilience in the face of human cruelty, confusion and conflict.

Set in an unnamed country that is simultaneously horribly familiar and yet distinctly new, it follows the experiences of Amina, a young girl who is forced to leave her home town with her sisters and her mother, and flee to a refugee camp, after the arrival of a ‘liberating force’ proves to be far from the signal of freedom for which her community had been hoping.

As life becomes increasingly, unthinkably tougher, Amina sustains herself and her family by drawing on her imagination and telling stories inspired by the night sky that enable all of them to picture a possible future.

Cotterill’s writing is sure, confident and moving without excess sentimentality, allowing her characters, and the circumstances in which they find themselves, to speak for themselves in a way that crosses cultural and geographical boundaries with ease.

The Children of Willesden Lane

There’s no doubt that the Holocaust is a challenging period of history to broach, especially in primary school.

The Holocaust Educational Trust suggests that focusing on the experiences of Jewish child refugees is an age-appropriate way to teach the topic.

Beginning in Vienna in 1938, this book tells the true story of 14-year-old musical prodigy Lisa’s escape from Nazi-controlled Austria via the Kindertransport and her experience of living in a home for refugee children in London.

Lisa’s daughter Mona Golabek, a Grammy-nominated recording artist, has co-written the story with journalist Lee Cohen and will be visiting the UK in June to work with the Holocaust Education Trust.

The book focuses on themes of courage, survival and the power of music and will both educate and inspire young readers.

Find free KS2 schemes of work to accompany the themes of the book on the trust’s website. 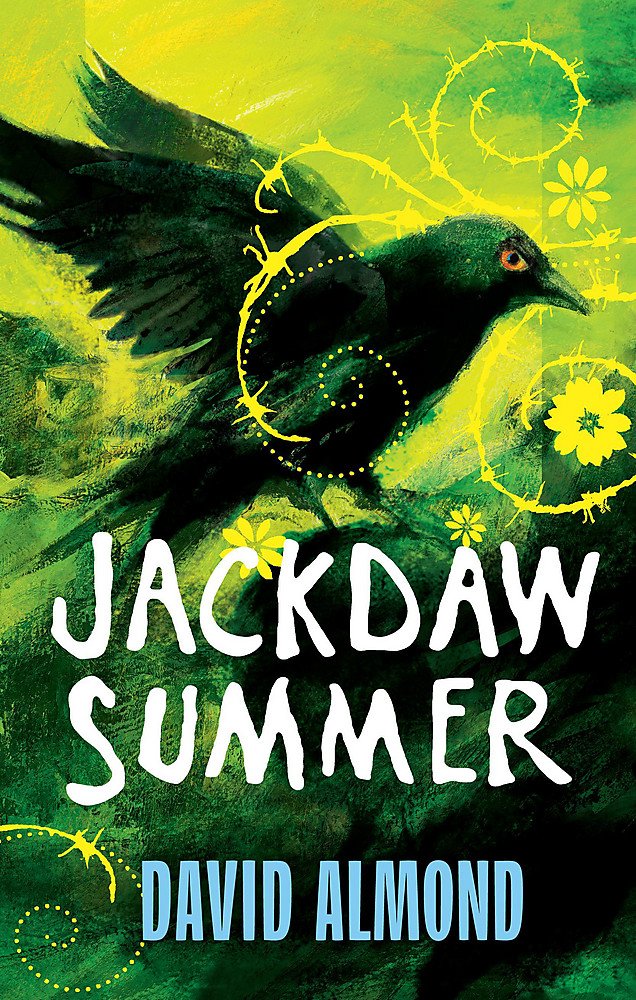 Every summer Liam and Max roam the wild countryside of Northumberland - but this year things are different. One hot summer’s day a jackdaw leads the two boys into an ancient farm house where they find a baby, wrapped in a blanket, with a scribbled note pinned to it: PLESE LOOK AFTER HER RITE. THIS IS A CHILDE OF GOD.

Born in a refugee camp, all Subhi knows of the world is that he’s at least 19 fence diamonds high, the nice Jackets never stay long, and at night he dreams that the sea finds its way to his tent, bringing with it unusual treasures. And one day it brings him Jimmie.

Carrying a notebook that she’s unable to read and wearing a sparrow made out of bone around her neck - both talismans of her family’s past and the mother she’s lost - Jimmie strikes up an unlikely friendship with Subhi beyond the fence.

As he reads aloud the tale of how Jimmie’s family came to be, both children discover the importance of their own stories in writing their futures.

In the Sea There are Crocodiles 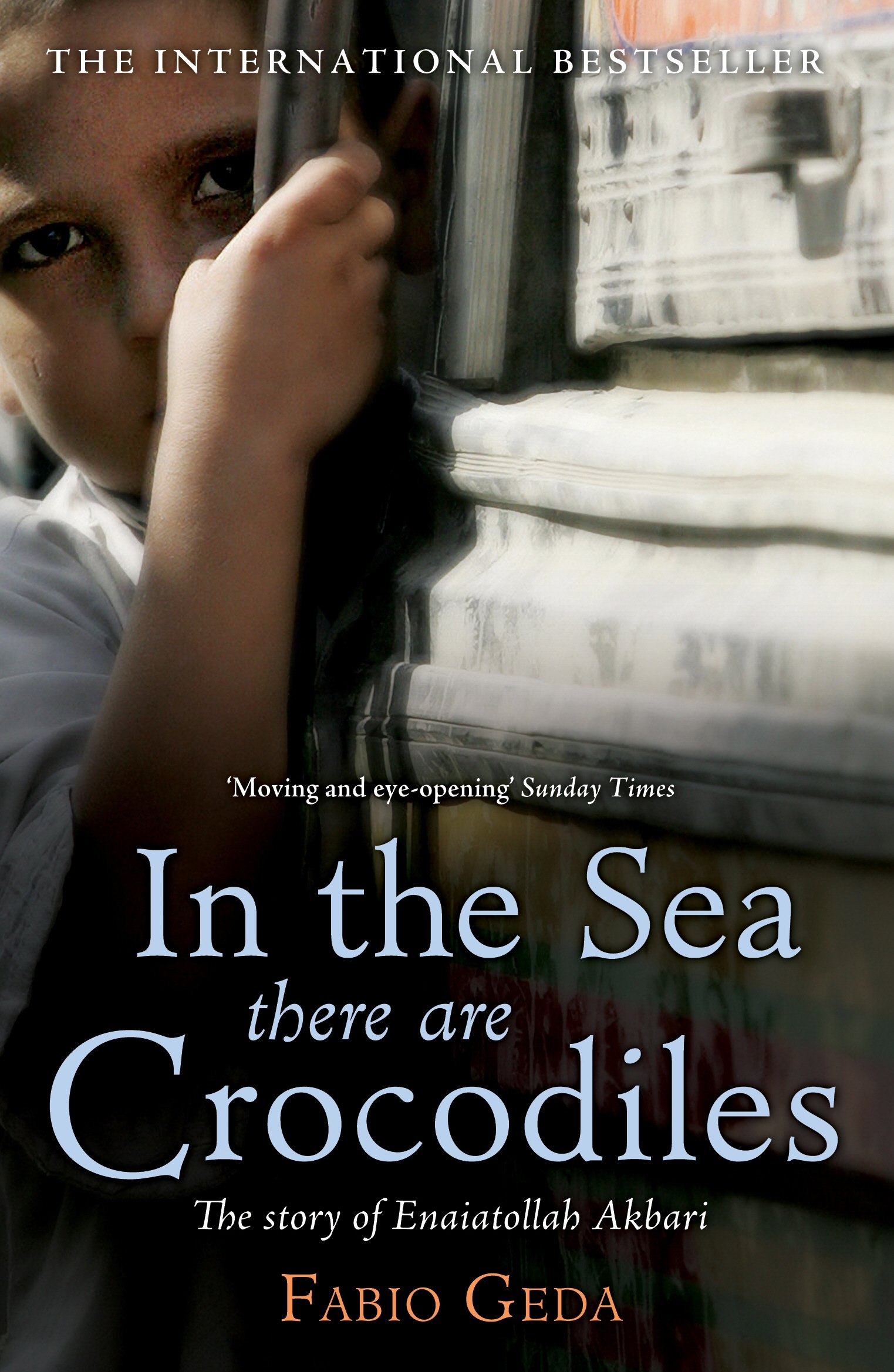 One night before putting him to bed, Enaiatollah’s mother tells him three things: don’t use drugs or weapons, don’t cheat, don’t steal. The next day he wakes up to find she isn’t there. Ten-year-old Enaiatollah is left alone at the border of Pakistan to fend for himself.

In a book that takes a true story and shapes it into a beautiful piece of fiction, Italian novelist Fabio Geda describes Enaiatollah’s remarkable five-year journey from Afghanistan to Italy where he finally managed to claim political asylum aged 15.

His ordeal took him through Iran, Turkey and Greece, working on building sites in order to pay people-traffickers, and enduring the physical misery of dangerous border crossings squeezed into the false bottoms of lorries or trekking across inhospitable mountains. A series of almost implausible strokes of fortune enabled him to get to Turin, find help from an Italian family and meet Fabio Geda, with whom he became friends.

The result of their friendship is this unique book in which Enaiatollah’s engaging, moving voice is brilliantly captured by Geda’s subtly simple storytelling. In Geda’s hands, Enaiatollah’s journey becomes a universal story of stoicism in the face of fear.

Alem is on holiday with his father for a few days in London. He has never been out of Ethiopia before and is very excited. They have a great few days together until one morning when Alem wakes up in the bed and breakfast they are staying at to find the unthinkable. His father has left him.

It is only when the owner of the bed and breakfast hands him a letter that Alem is given an explanation. Alem’s father admits that because of the political problems in Ethiopia both he and Alem’s mother felt Alem would be safer in London – even though it is breaking their hearts to do this.

Alem is now on his own, in the hands of the social services and the Refugee Council. He lives from letter to letter, waiting to hear from his father, and in particular about his mother, who has now gone missing.

A school’s English department will be the first line of response when it comes to raising...

Concerns over ‘lockdown illiteracy’ serve to conceal systemic issues with reading in schools that stretch back...

Zoe Enser, Specialist advisor for English at The Education People

Zoe Enser unpacks the power that a teacher-led, tutor time reading programme can have...