Tackling Gender Roles Will Increase Student Happiness In School And Beyond 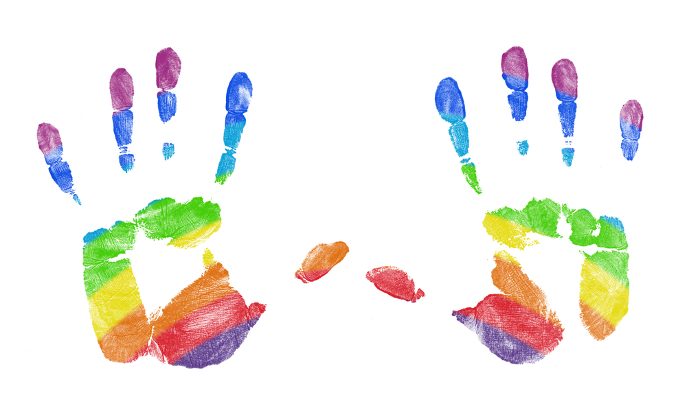 Gender roles today and their associated masculine and feminine traits still strongly define the basis of our identity that affects the rest of our lives. They affect how we are treated, dressed, defined and talked to. They will police our emotions, who we feel we can be in the world, and the kind of relationships we can have with others.

There is nothing inherently wrong with these traits, but what is wrong is that they are limited to particular bodies and are seen as natural and inevitable, making them the only ones up for grabs.

This does not recognise the multifaceted and complex nature of all human beings.

It tells us that if we are girls we will be more emotional, less sporty, less rational, better at arty subjects and judged more on our looks.

What makes these gender roles so oppressive is that people’s mental health and wellbeing are severely impacted by the expectations they set.

Therefore, as professionals working with young people, we must take responsibility to talk more critically with them about the limitations of these roles.

Gender and school life: the facts and figures

In school, young people have powerful ideas of what is appropriate, relevant and meaningful for boys and girls. These ideas can, and often are, then used to shame each other into producing different behaviours which impact on their attitudes, aspirations and capabilities towards education, such as girls and boys are also being drawn to different subject areas due to their own ideas of what is appropriate for their gender.

Another example is the particularly celebrated notions of masculinity concerning being a ‘lad’ can often mean that schoolwork, and working hard, is seen as feminine. So, some boys go out of their way to disassociate themselves from it in order to highlight their ‘masculinity’ to others, and avoid the risk of being made fun of. This, arguably, is also why exclusions among boys are three times higher than for girls.

All of these factors are making the school environment an increasingly unsafe space for girls. According to the 2016 Women’s Equality Committee report, for example, it was identified that:

Grayson Perry says that our current, limited gender roles offer us a ‘seductive, familiar and easy-to-assemble package’. This means that for a young person who wishes to live outside of these roles, the impact on their sense of self and mental health can be hugely damaging.

They can face sexist/sexual/homophobic/transphobic bullying, harassment or violence. Young, transgender people’s mental health in particular is significantly undermined by transphobic victimisation, and they are also disproportionately affected by depression, anxiety, self-harm and suicide.

However, even if you are not transgender, there are clear gendered patterns within eating disorders, depression and anxiety, inter-relationship violence and suicide.

Ultimately, no one is benefiting from these rigid gender roles.

What do we need to do to overcome this?

We need to encourage young people to explore the construction and maintenance of limited gender roles in our culture.

This will involve helping them understand the damaging effects that gender roles can have on their lives, particularly when, as we are finding in our own workshops, many young people feel that they are completely immune to, or unaware of, these effects.

If we don’t help them question this belief then these gender roles will remain unchallenged, making them far more dangerous.

We also need to help young people understand that gender roles are not a set of rules, and that therefore we do have the ability to create and live something else.

In helping to unite young people in ways that will develop empathy and compassion towards others we will help them recognise the similarities between them and celebrate their differences.

This, in turn, will reduce and put a stop to sexist bullying and harassment for young people once and for all.

Natalie Bennett is a coordinator and facilitator and one of the original founding members of TIGER (Teaching Individuals Gender Equality & Respect) a Bristol-based not-for-profit cooperative that runs workshops for schools to overcome gender-based barriers for young people. Its aim is to improve mental health and wellbeing and provide a space for young people to explore their identity.
SHARE THIS resource