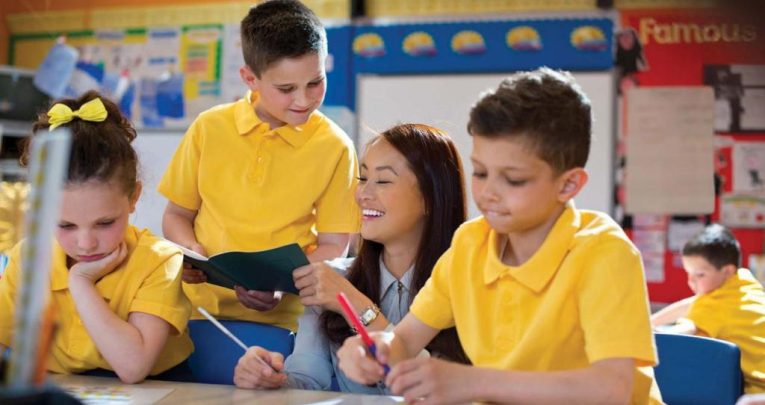 Does your class learn how to spell words one week, only to forget the next? It’s time for a more memorable strategy, says Rachel Clarke…

Children are good at learning lists of words for spelling tests. I know this because I’ve seen plenty of mark books with little rows of 9s and 10s against pupils’ names. What children aren’t so good at doing, however, is learning spellings and then applying them in their writing several weeks after the test.

One way to counter this and ensure pupils retain spelling knowledge long-term is to ensure the teaching of words, rules and patterns is active and engaging – and I’ve got several suggestions on just how to achieve this.

Introducing children to a variety of games and structures that can be used and reused with multiple spelling objectives ensures learning is enjoyable, that children recognise the structures (avoiding the need for lengthy instructions) and that you save time by selecting successful activities.

This is an adaptation of an old parlour game where a selection of items are placed on a tray. The tray is covered whilst one item is removed. Once uncovered, the players guess the missing item.

As a spelling activity, all you need to do is display the class’ current spelling words on separate cards on the whiteboard. Then ask the children to close their eyes while you remove one of the word cards.

When they open their eyes, the children should try to determine which word is missing and write this on a mini-whiteboard. You then need to check their answers for accuracy, replace the missing word card and repeat the game.

Another firm favourite is this popular word game. I find a 3×3 grid is sufficient, but with older children you may want to increase the amount of available letters by making the grid larger.

Ensure that the spelling pattern you have been learning is included in the grid and ask the children to build as many words as they can within the time limit using the available letters. You may need to remind them that they can only use each letter once in each word. This activity works well with competitive children.

Every now and again I like to share words with the children without telling them which spelling rule connects them, which means they have to use their powers of deduction to work this out for themselves.

To do this, I use a game called Aunt Milly Likes. All that’s required to play is a simple table on the whiteboard and a succession of clues about what Aunt Milly likes and dislikes.

By completing the table with the children, you will be able to listen to their suggestions about the rule and even ask them to suggest further things that Aunt Milly might like. The great thing about this game is that it can be used over and over again with different spelling rules.

This is a really versatile technique for teaching spelling. All you need is a drawing of a machine on the whiteboard, a label indicating the suffix that the machine adds to words, and a table to record the spelling of the words before and after they entered the Suffix Machine.

You then need to work your way through a list of words, asking the children to predict what will happen to each word once it’s travelled through the Suffix Machine.

As with Aunty Milly Likes, the power of this activity lies in asking the children to explain the spelling rule rather than telling them what takes place. Eg:

In addition to fun and engaging teaching, children need to practise learning to spell the words they’ve been taught. We’ve all used the look, cover, write, check method to do this, but what other ways are there to practise new and tricky words? Here are six fun ideas that will keep spelling practice fresh and interesting.

Encourage children to add some colour to their spelling practice by writing each word they need to learn in a colour of their choice. Tell them to go over the outline of each word in a different colour. They should repeat this until each word on their list is a rainbowof colours.

Create the next playground trend by showing children how to make an origami chatterbox (sometimes called a fortune teller). Encourage them to label each flap with a word from the class spelling list. They should then write encouraging statements such as ‘super speller’ or ‘word wizard’ under the innermost flaps.

Children should then challenge a friend to choose words from the chatterbox, spell them and eventually reveal their spelling fortune.

Building a word pyramid is a fun way to practise new and tricky words. Unlike a real pyramid, you start at the top and work down. So, if you were practising writing ‘pyramid’, you’d start with p, then on the next line write py, on the next pyr and so on until you end up with this:

Reinforce children’s understanding of vowels by asking them to write out each word from their spelling list with a dash in the place of each vowel. Having done this, they should then go back and fill in the spaces.