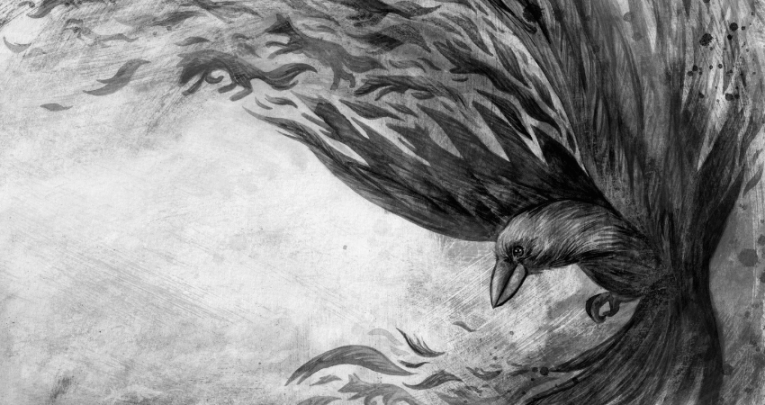 As the world continues to change, questions (and stories) of agency and authority will only become more important, says Sam Thompson 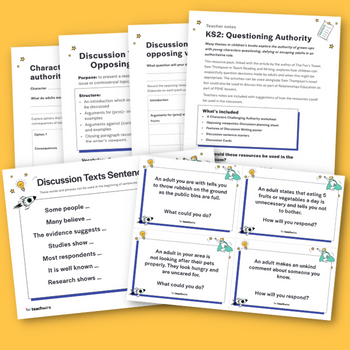 One of the great themes of children’s books is the authority of grown-ups – specifically, how much fun it would be to defy that authority or escape it.

Peter Pan’s Neverland is not just the place where you can be young forever, but also the place where the adults who order you around can, in the shape of Captain Hook, be mocked, outwitted and eventually fed to a crocodile.

When Roald Dahl’s Matilda uses her brain-power to get the better of Miss Trunchbull, the fantasy is irresistible.

Not every child has been menaced by an authority-figure as monstrous as the Trunchbull, but children are expected, every day and everywhere, to submit to the decisions of others about what they ought to do and how they ought to be.

No wonder that when we’re small we want stories in which things are different.

The anti-authoritarian streak in children’s fiction isn’t only a matter of wish-fulfilment.

Often, it’s an invitation to start thinking about what authority means, and to ask whether grown-ups necessarily deserve the trust and obedience they demand.

In Treasure Island, Jim Hawkins learns that Long John Silver is not the raffish but good-hearted mentor he seems; in The Wolves of Willoughby Chase, Bonnie grapples with the machinations of the adult world to protect her family from Miss Slighcarp; Philip Pullman’s Lyra is enthralled by Mrs Coulter, but defies her; Neil Gaiman’s Coraline must work out whether her Other Mother is a carer or a predator.

These stories show children beginning to doubt the claims of those who are apparently in charge, and to judge for themselves.

Learning to make our own judgments and to stand up to authority when we need to: that might be one definition of growing up.

But it would be a mistake to think of moral independence as the preserve of adults alone. Children in all parts of the world bear ‘adult’ responsibilities, whether it’s a child in sub-Saharan Africa leaving education to work and to act as head of their household, or a child in the UK giving high-level care to an ill or disabled family member.

Every child, whatever their situation, has somehow to negotiate the unsteady ground between dependency and freedom — every child, to some degree, lives in a world in which they are seen as less than fully competent to make their own decisions, but will find themselves obliged to do so nevertheless.

In my book The Fox’s Tower, twelve-year-old Willow travels into a world of talking animals to find her missing dad. She discovers a huge, wondrous Tower built by Reynard, the clever leader of the foxes.

Reynard’s magical inventions have made a utopian civilization possible inside the Tower, with all the animals’ needs served by golem-like artificial creatures; but the magic that keeps this utopia going is a finite resource, and is about to run out.

While Reynard tries to avert the impending catastrophe, his authority is under threat from a lion called Noble, who believes that he is the rightful king of beasts and is whipping up fear and hatred among the animals in an attempt to take power for himself.

In the midst of these rival authority-figures, these grown-ups in animal form, Willow has to decide which side to take — if she takes a side at all.

Looking at The Fox’s Tower now, I think one of my motives for telling this story was to explore what it feels like for a child in Willow’s situation: a child who finds herself in a world that is edging ever closer to collapse, in which destructive political narratives hold sway and the old seem guilty of the grossest negligence of care for the future they are passing on to the young.

Wondering where to place her trust, Willow hears the various stories that the authorities tell.

Reynard the fox believes that the Tower will be saved by the march of technology; Noble the lion claims that everything will somehow be all right if only he is in charge; Willow’s dad thinks the Tower cannot be saved, and that there is no point in trying.

But Willow discovers that her point of view differs from all of these. Whereas Reynard views his artificial creatures as useful tools and Noble treats them as enemies to be demonised, Willow comes to see them on their own terms.

Like herself, they are newly-made lives, dropped into a situation over which they have had no say. They have yet to decide who they are or what they may become.

We have (or we should have) left behind the paternalistic concepts of childhood in which children are seen as simply incapable of self-determination.

Nor do we need to swing to the other extreme and assume that children need no help in learning how to judge what’s best. Instead we have more flexible and realistic ways of thinking about children’s wellbeing and rights, like the Lundy Model of Participation, which offers a framework for the implementation of the UN Convention on the Rights of the Child and has enabled children across the globe to be heard and taken seriously in the decisions that affect their lives.

As the world continues to change, these questions of agency and authority will only become more important. It’s a truism that older generations have been accustomed to treat the planet’s future as a kind of apocalyptic myth: a future much foretold and obsessively imagined, but with a dream-like detachment, as if entertaining the nightmare were enough to prevent it coming true.

People who are now children do not have the luxury of being so detached.

As David Wallace Wells has written recently, as the effects of climate breakdown move from the future into the present, so perspective shifts; it ‘pulls the future out of the realm of myth and returns it to the plane of history: contested, combative, combining suffering and flourishing — though not in equal measure for every group’.

Today’s children are the group who will live the social and material reality that their predecessors have so carelessly dreamed into existence.

I wonder if these children will have any use for stories that model how to be sceptical of authority-figures, how to judge whether or not they deserve the trust they demand.

Perhaps they will laugh at the very idea of a trustworthy adult, or a grown-up who can speak on any subject with uncompromised, unhypocritical authority.

But I think that’s unlikely.

The children I know have very strong instincts towards moral independence, and that means they want grown-ups to help them cultivate that faculty.

As the accounts of the world that we get from authority-figures grow ever more frayed and fractured, children will have ever greater need of stories that help them learn how to give their trust and when to withhold it.

If we hope to follow those children a little way into their future, grown-ups will need to remember those stories, too.

Sam Thompson lives in Belfast with his wife, three children, and their dog and cat. His latest book, The Fox’s Tower (£9.99, Little Island) is out now. 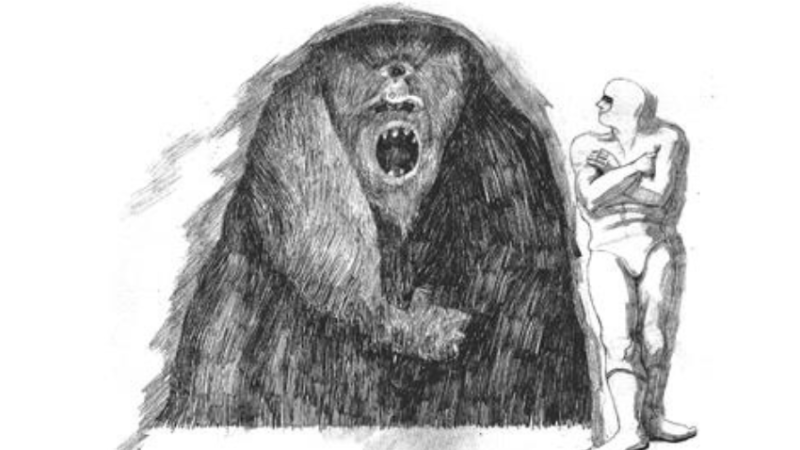 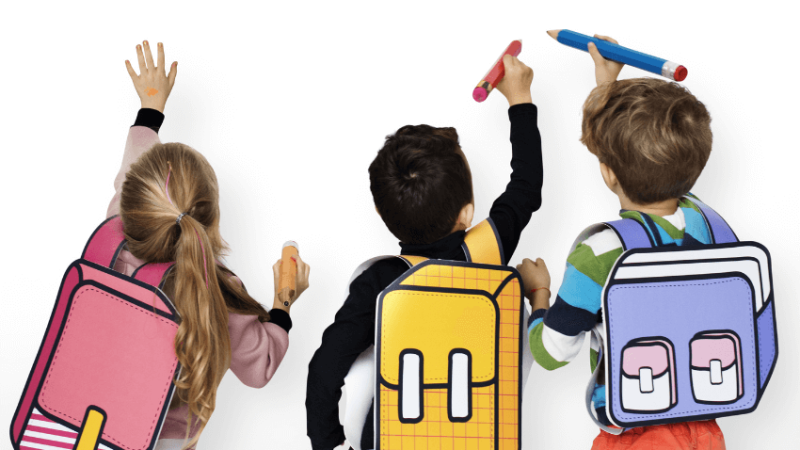 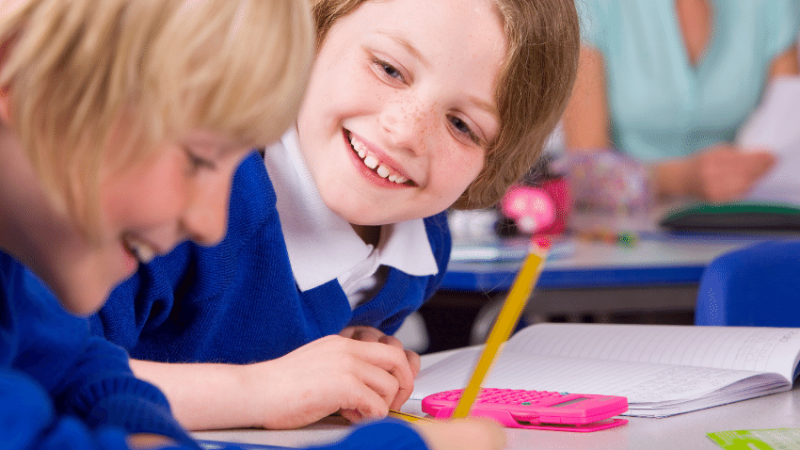 PrimaryEnglish
Commas to avoid ambiguity – 6 of the best KS2 worksheets, games and lesson plans by Teachwire