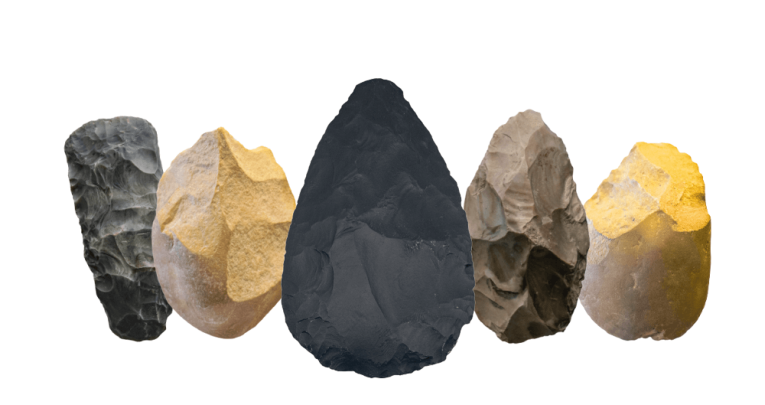 Take your class back to a time when the latest technology was made with rock, bone and vines, says Adrian Burrows… 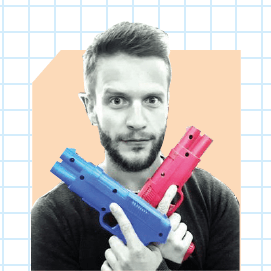 The Stone Age lasted for millions of years, which is a difficult concept for most students to comprehend. It’s best then to separate it into three eras; the Palaeolithic (or Old Stone Age, from approximately 3.4 million BC to 10,000 BC), the Mesolithic (or Middle Stone Age, from 10,000 BC to 6,000 BC) and the Neolithic (or New Stone Age, dating from around 6,000 BC to the beginning of the Bronze Age in the fourth millennium).

2 | First use of stone tools

The Stone Age began when our ancestors first started using stones as a tool to enhance their abilities. The earliest known tools ever discovered have been found in north-western Kenya and date to over three million years old.

Our ancestors took their first giant technological leap with the invention of the axe or hatchet. Developed around 1.2 million years ago, the axe is a device that we still use in the modern world – making it one of the most important inventions of all time. The process of inserting an artefact – a stone or a bone – into a haft, or handle, is called hafting. Stone Age rope was used to ensure the artefact stayed in place.

Stone Age rope wasn’t made from stone (which would be weird). Instead, plant stems or vines were used. These were braided and twisted together to form a rope. In some cases, nettle stems were utilised, though the picker had to be careful to remove the nettle leaf first. The best technique was to grip the top of the leaf between thumb and forefinger. As long as the edge of the leaf wasn’t touched then there was no risk of receiving a sting.

While must adults can be found cradling a smart phone in their hands, our ancestors had invented a portable communication device that predated the best efforts of Apple by around 20,000 years. The ‘bull roarer’ was a piece of wood (though a stone or bone would suffice) tied to cordage that could be then spun around the user’s head. The low frequency of the sound can be carried for many miles, allowing for long distance communication.

It is the megafauna that can often prove the most fascinating aspect of the Stone Age for students. These giant creatures share similarities with the animals of the modern world, yet on a mind-blowing scale. Some of these animals are well known, such as the woolly mammoth and sabre tooth tiger, whilst others are much more obscure. The procoptodon, or giant kangaroo, is one such example. Standing at over 6ft tall and weighing over 500lbs, this was a kangaroo so enormous it couldn’t hop; it just walked on hooved feet.

Many megafauna went extinct around 10,000 BC. Various reasons are cited, such as the change of climate or environmental disturbances. Yet recent theories point out that wherever humans went, megafauna would go extinct. This could be due to our improved skills as hunters, thanks to the invention of new weapons. The woolly mammoth lasted longer; an isolated population survived on Wrangel Island until 2000 BC – when humans turned up.

The boring answer is no. Dinosaurs went extinct around 65 million BC. However, birds are directly descended from dinosaurs. More specifically theropods, which means that the humble birds shares an evolutionary link with the mighty tyrannosaurus rex. So dinosaur relatives did exist in the Stone Age, and still do today.

Adrian Burrows is a drama-history practitioner for Imagining History school workshops. Find him at imagininghistory.co.uk and follow him on Twitter at @imagininghist