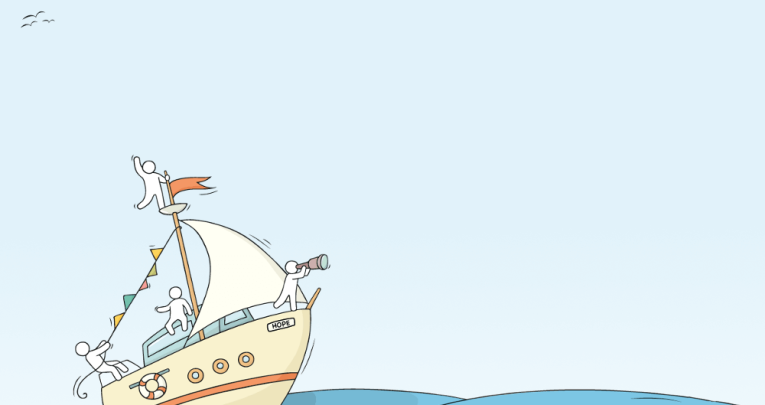 The best way to respond when children are scared is to offer reassurance, says Alex Standish, so our role as teachers is to encourage a more balanced narrative… 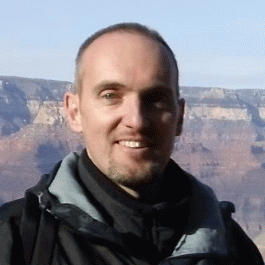 ”You lied to us. You gave us false hope. You told us the future was something to look forward to.’”

How should teachers respond to the recent strikes and protests by school students about climate change?

On the one hand we could welcome and encourage them as evidence that children and young people are engaging in politics and wanting to make a positive contribution to improving the condition of the planet.

There is already a sizeable network of young people organising and campaigning including the UK Student Climate Network.

Pupil strikes are internationally coordinated, with another big one that just took place on 20 September.

On the other hand we could be concerned that the messages coming from protestors are ones of alarmism and fear – they have taken literally the United Nation’s IPCC’s 2018 report to mean that we have only 12 years in which to save the world from the more serious effects of climate change (so, 11 years and counting!).

Campaigners hope this deadline will galvanise politicians into action and inspire ordinary people to make drastic lifestyle changes in order to reduce carbon emissions, but it’s just as likely to create the paralysing sense that it’s too late to do anything.

Teachers will always have an important role to play in mediating messages about what is happening in society with children.

So, what should they say to young people about climate change and projections for future global warming, especially if they themselves are very concerned?

One way to approach this is to think about how adults responded to children in times of past adversity.

What would they have said to children during the world wars, when Germans were sending planes to bomb their homes?

During the 1980s, in my teenage years, I recall being very scared when I learnt about the possibility of nuclear war. Hearing that we would only get a four-minute warning before a missile wiped us out kept me awake for a few nights.

A more recent example would be terrorist attacks in UK cities UK and on the continent. As most parents and many teachers already know, the best way to respond when children are scared is to offer reassurance. Even in the most difficult of circumstances we need to give our students hope that things will be okay.

Teachers need to recognise that when the curriculum reflects the contemporary one-sidedly negative and misanthropic messages children are left with a very negative interpretation of humanity’s potential to improve the world.

In geography for instance, exam specifications include leading headings such as ‘Environmental threats to our planet’ and ‘Biodiverse ecosystems under threat from human actions’ (OCR GCSE).

In an era of ‘Fake News’, we should apply the same sceptical filter to environmental reports that we do in other areas of politics, and point the finger when organisations such as the UN produce misleading and irresponsible reports which are designed to catch headlines and spread fear.

This April we were told that ‘one million species are threatened with extinction’ because of human action.

Yet a recent empirical study found 571 plant extinctions over 250 years and the International Union for Conservation of Nature’s Red List has 27,000 species listed as threatened.

While pupils do need to learn about the environmental, social and economic problems people face in different countries, such problems need to be put in the context of historical progress in quality of life and our environment.

Students need to learn that global life expectancy has more than doubled since 1900 and is now approaching 70; how poverty has been reduced by more than half over the past two decades; that infant mortality has fallen dramatically and that much has been done to reduce deaths from tuberculosis, measles, malaria, AIDS and diarrhoea in less developed countries; that global food production of many grains and oilseed has more than doubled over the last 60 years; that access to medicine, education, clean water, contraception and welfare have all increased globally; and, that environmental quality is improving in many countries.

Hans Rosling’s book Factfulness and the website Gapminder are very helpful resources for this data.

Children need a narrative of progress over time so that they can see how much humanity has achieved to create countries with a good quality of life and a safe environment.

And they need to learn about how past adversity was overcome – whether this be economic crisis, war, social unrest, epidemics or environmental crisis such as the Dust Bowl, Irish potato famine, the hole in the ozone layer or acid rain.

My specific suggestions for the teaching of climate change are as follows:

Teachers do not need to shy away from or hide the many contemporary problems the world faces, including those to which we have contributed.

But, when addressed within a framework of historical progress, pupils can see that people have been be a force for enormous positive change in the world – and they will be given hope that we are capable of managing global warming.

Alex Standish is a senior lecturer in geography education, UCL Institute of Education, and co-editor of What Should Schools Teach? Disciplines, Subjects and the Pursuit of Truth.