John Boyne's book and the film adaptation have proved a popular vehicle for teaching the difficult subject of the Holocaust, so we've picked out some of the best activities, worksheets and ideas to use in your classroom...

The Boy in the Striped Pyjamas was written by Irish novelist John Boyne back in 2006, and has since become a global sensation, with the film adaptation coming out two years later in 2008.

The story is set during World War II, and follows Bruno, a 9-year-old boy who has to move to Auschwitz because his father has been made a Commandant by Adolf Hitler.

There he meets a new friend, a Jewish boy called Shmuel, who lives in a camp on the other side of a fence.

Written in third person, but from Bruno’s naive viewpoint, the book allows younger readers to learn about the Holocaust with some semblance of safe distance.

Of course, there is still some contention that varies from school to school on whether or not it’s suitable for certain age groups, but if you are going to study the book, film, or both, hopefully these resources will help you out.

“Who were these ‘Nazis’?” In this interview we spoke to John Boyne about what made him a reader, why without Ian Serraillier’s The Silver Sword, he might never have written his own children’s classics and more.

Find out more about the author himself, from his own mouth, here.

First up, spoiler alert, this video does discuss the ending of the book/film, so maybe one to share with the class afterwards.

Also, there is a cringe-inducing moment where the interviewer mentions John Boyne, not realising that one of the two men he’s talking to, is John Boyne.

But otherwise, this short interview is a nice insight into the story from both the perspective of its author, and the man at the helm of adapting into onto screen.

3 | The Boy in the Striped Pyjamas film lesson 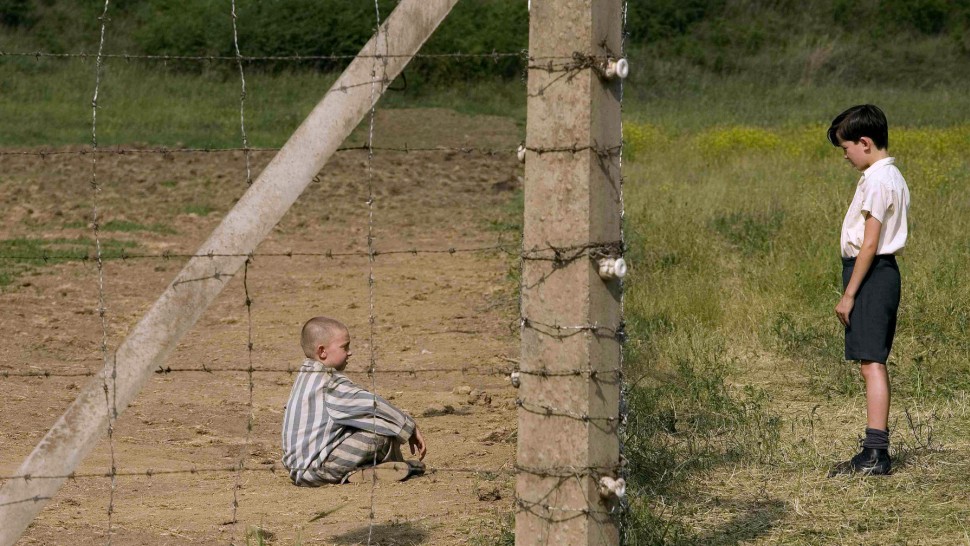 This Into Film guide is useful for exploring topics including English, literacy and citizenship in addition to highlighting themes surrounding historical periods, events and figures and World War Two.

You can download the PDF of activities to accompany the film where you’ll find, similar to the Amnesty International resource, talking points for before and after the film, and activities to do as well.

Plus there are links to resources for recommended films that cover similar themes.

Over on the Scholastic site you can download this PDF of notes to support the classroom study of The Boy in the Striped Pyjamas.

They help set up the context of the novel, with background information about the Holocaust and the Second World War, and get students to look into why it is “a fable by John Boyne” rather than an allegory or proverb say.

There are then a range of activities set around passages from the first two chapters, and a page of teachers’ notes.

5 | The Boy in the Striped Pyjamas worksheets

These simple worksheets from Sarah Clements feature 10 pages of questions and activities for children to work through, with space to write their answers.

Plus, as it’s just a Word Doc, you can edit it to suit your lesson.

6 | Analysing scenes from the film

Over on the Film Education website there’s a nice little interactive page for The Boy in the Striped Pyjamas, that is divided into a number of sections: At first glance, The opening, Point of View, Characterisation, Reading history, Clip activities and Teachers’ notes.

Then there are subsections within each of those, featuring clips, interviews, script extracts and other activities

7 | Human rights in The Boy in the Striped Pyjamas

On Amnesty International’s site they have a whole section on resources covering human rights in film.

For The Boy in the Striped Pyjamas you can download a PowerPoint presentation, and a teacher’s guide doc to work through.

The PowerPoint features discussion points like ‘Why is the story told from Bruno’s point of view?’ and ‘How do the different adults react to the events of the story?’.

The lesson guide offers things to introduce before watching the film, and questions for students to think about while they’re watching it, then there are three multi-part activities to carry out afterwards.

Find both parts of this resource here.

Teach It English has five different KS3 worksheets you can download for this book:

Finally, if you’re studying the book as part of a wider project on the Holocaust, we put together this post for Holocaust Memorial Day in January this year, which features 11 different resources on this tragic historical event.