Help your secondary students delve deep into literary characters and flesh out their own these reading and writing activities, ideas and lesson plans Check out all of its character-related lessons here.

This simple original script from Alison Chaplin (Arts on the Move) is for two people to use for improvisation, role play, characterisation work, script annotating or writing, or for exploring PSHE issues.

Younger pupils can simply write the rest of the scene, or the following scene. Older pupils can add cut-away scenes and develop the extract into a whole play.

It can be used as a dialogue for performances, or as an exercise in writing scripts, and is also useful as a springboard for character work, improvisation, and learning about annotating scripts.

This resource uses two character wheels, one for appearance and one for personality, and asks students to use them to describe themselves. They then move on to doing the same to outline the type of character they would like to meet, and a type they would not.

Once they’re familiar with this practise it then tasks them with doing the same for three characters from whichever book they’re reading.

Alternatively, TeachIt English also has this writing activity which tasks students to write an obituary for a character.

This detailed lesson from Educated Minds with Ms Cole looks at the significance of Inspector Goole in An Inspector Calls to the play, and includes an exam question and self-assessment sheet using grades 1-9.

It is one of 13 detailed lesson PowerPoints for revision of ‘An Inspector Calls’, each focusing on a different character or theme using a variety of tasks.

This activity gets students to flesh out a character from a simple sketch of their face to a fully three-dimensional person.

From their portrait they add the character’s name, describe their appearance with five adjectives, and their character with five more, then list three things they like doing, and who they live with.

After that, get them to write ‘It was a dark and stormy night, and’ then add their character’s name, ‘was’ and then carry on the story. 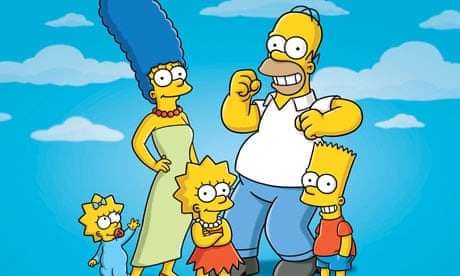 Pupils divide a page and give each quarter the headings ‘likes’, ‘dislikes’, ‘motivations’ and ‘flaws’. These need to be explained and discussed, and Gillespie here uses Homer Simpson and Edward Cullen as models. What makes these complex and rich characters? What makes them get out of bed every morning? What stops them from achieving their ultimate goals in life? How would they react in various situations?

Once pupils have thought about these characters, they then complete their quartered page with as many pieces of detail as they can for their own character.

They then swap with a partner and, using another person’s character notes, write a monologue beginning with the line, “I lay away, unable to sleep, and all because…”

What is this new character excited about, or scared of? What have they done or what will they have to do? This exercise is always busy, exciting and produces promising and complex pieces of writing.

Check out the full article here.

Develop your pupils’ skills at portraying and understanding different characters through movement with this lesson devised by drama staff at Clacton Coastal Academy, which draws on the ‘Italian Commedia Dell’Arte’ form of theatre.

The lesson is designed to develop students’ knowledge, skills and understanding of movement within characterisation.

So, after studying basic improvisational and mime skills, young people will laern that drama and acting are about much more than the soap operas and Netflix that they are glued to each evening.

With the freedom to experiment, the students can make direct links to the importance of Italian theatre and its influences on modern day entertainment. This is a fun and playful lesson, which encourages high levels of student engagement and doesn’t inhibit ability.

Get this free lesson plan here.

If you’re looking for examples of character introductions to share with your class, this PDF features a range from things like Harry Potter, I Know Why the Caged Bird Sings and The Adventures of Huckleberry Finn amongst others.

Print it out here.

The excellent site tvtropes.org includes a section on archetypal characters which will help your students be aware of cliches, lazy writing and underdeveloped characters.

There are basic ones like the hero, and the anti-hero, and others you’ll know like the klutz, the sidekick and the rebellious spirit, but there are way more than that, and some of them come with absolutely delightful names (and a charming illustration).

Here are some of our favourites:

In his book Reading Reconsidered, Doug Lemov says that children should have access to five types of text in order to read with confidence.

These are complex beyond a lexical...

Use these frog and tadpole themed rhythm cards to teach pupils about crotchet rests, crotchets and quavers.

The number of syllables in the words ‘frog’ and ‘tadpole’ will help pupils to remember the...

Blended learning – how to use it, and how to make yours better

We take a closer look at the method of combining in-person teaching with remote learning...

The impact of blended learning on schools’ daily routines

Gordon Cairns finds out how blended learning requires not just the right technology, but a...

Art and design online – how to teach creative subjects remotely

We might feel we know our way around a Zoom call, but when it comes...

“The best which has been thought and said” – who said it first, and what it really means

Phil Beadle unpacks a borrowed educational rallying cry that has come to signify something rather...