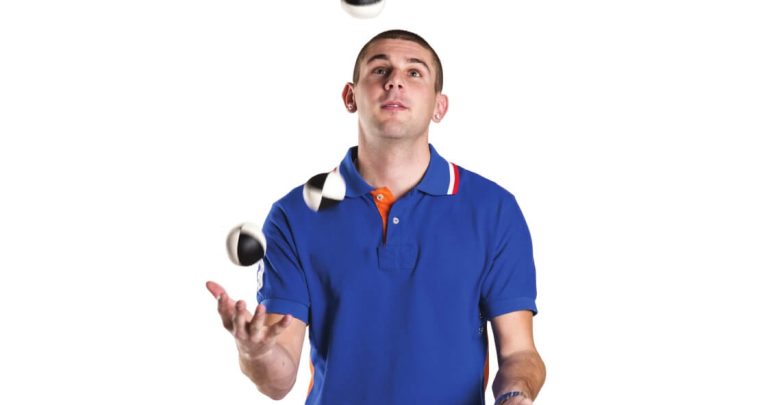 What do sporting superstars Tiger Woods and Roger Federer have to do with the scope of our schools’ curriculums to maximise students’ potential? More than you might think.

A comparison between the respective sporting skills of these two serial winners serves as the basis of a recent book by David Epstein called Range – How Generalists Triumph in a Specialised World. Woods famously focussed on the playing of golf to the exclusion of almost everything else from the age of 2, whilst Federer took a markedly different path, playing a range of sports up until his late teens, before eventually focusing on and excelling at tennis.

Both went on to dominate their respective disciplines over the course of their careers, but Epstein finds that it’s actually Woods’ approach of early specialisation that’s the outlier, with the majority of elite athletes going through a ‘sampling period’ of trying multiple sports, and only then focusing on one field above all others.

Outside of sport, Epstein goes on to show how generalists like Federer are more likely to excel later in life, and are also able to juggle a wide range of interests. He claims that they can often be more creatively agile, and skilled at making connections that comparative specialists simply can’t see.

For another example, we can look to Elisabetta Matsumoto – an assistant professor of physics at the Georgia Institute of Technology, and also an avid knitter since childhood.

While attending graduate school, she came across an unusually knotty stitch in the course of knitting a pattern for a Japanese red dragon. This prompted her to begin analysing the geometry of stitches, and eventually, the mathematics of knitting itself.

She now studies the limits and possibilities of knitted materials, to better understand how different stitches can transform the mechanical properties of everyday fabrics. Most recently, Matsumoto has been searching for a fundamental equation to perfectly describe the properties of knitted fabrics, which could be transformative for the development of customisable prosthetics, wearable electronics and entirely new materials, and applications such as spacesuits capable of protecting astronauts from exposure to radiation.

I bring up Professor Matsumoto not to suggest that fashion and textual design should be a prescribed A Level for those wishing to study physics at university, but rather to show how we might all benefit from an education system that does more to promote generalist thinking in our future workforce.

The most straightforward way of doing this would be to increase the number and range of subjects studied at sixth form. The study of three A Levels over two years remains the education pathway followed by the majority of UK school students for entry into most university courses, but that’s just 60% of the number of subjects covered by a typical student under the Scottish education system during their senior year of school.

The five Highers studied by students in Scotland are equivalent to the three A Levels required by most UK universities, but studied in just one year. In their sixth year, Scottish students will generally study one or two subjects to Advanced Higher Level, and then a few other Highers of subjects they’ve studied up to National 5 level, thus widening their range of knowledge and skills, and helping to foster more of a generalist mindset.

These differences in approach are perhaps best illustrated by the study of English under the two systems. The Scottish Higher covers both language and literature, allowing students opportunities to study an additional subject.

What the Scottish system might lack in depth, it makes up for in the breadth of subjects studied. It seems likely that all this would cause knowledge gaps between Scottish university students and those who attended school elsewhere, but there’s no evidence to suggest that Scottish students graduate with poorer degrees.

What isn’t in doubt, however, is that schools can’t decide unilaterally on what and how they teach without involving universities – not when the latter’s entrance requirements ultimately govern what a school is able to offer its senior students, and when the effort involved in taking an extra A Level could negatively impact a student’s overall grades.

Here, however, the Scottish university system is worth observing. An A Level student would typically be required to pass three subjects before studying Biology, two of which have to be related to science and maths. Their Scottish peers, on the other hand, could gain entry to the University of Glasgow with five Highers, only two of which need to be in science-based subjects.

We’ve also seen a gradual shift away from studying four AS levels towards three over the last decade. The effect of this has been reduce the generalist character of education in England yet further, while also negatively impacting uptake of the subject that arguably offers the widest scope of them all – English, which can potentially incorporate elements psychology, history and theology all within the space of one lesson.

The recent push towards STEM subjects that offer greater job opportunities accompanied a fall in A Level entries for English language of more than a fifth in 2019. Far from an embrace of the generalist, we’re seeing a concerted push in favour of specialists.

Looking further afield, we can see that even the comparatively wide range of subjects offered in Scotland is dwarfed by that of a country often cited as an education exemplar. In Finland, all students intending to enter higher education must follow a curriculum that’s divided into four sections – ‘languages’, ‘science and mathematics’, ‘social and humanities’ and ‘art, physical education, religion or ethics’.

As far back as 1998, the stated objective of the Finnish Upper Secondary Schools Act was ‘To provide students with the knowledge and skills necessary in further studies, working life, personal interests and the versatile development of their personality.’

What we’re seeing now is greater receptivity to the strengths of generalists in wider society. In its recently published ‘Future Doctor’ report, Health Education England observes that the next generation of medical professionals will need to possess a range of different abilities compared to their predecessors.

According to Sheona MacLeod, the body’s executive medical director, “System-wide collaborations can now help deliver a vision for the future, so that doctors with generalist skills are supported to adapt healthcare provision to meet their population needs, and work effectively in multi- professional teams in an increasingly complex healthcare landscape.”

It’s also interesting to note that Bill Gates initially employed staff at Microsoft following similar principles: “We hired not just brilliant coders, but people who had real breadth within their field and across domains. I discovered that these team members were the most curious and had the deepest mental models.”

Finally, of course, teachers can look to their own experiences of following what, in most cases, will be the archetypal generalist career – developing a wide-ranging skill set while remaining curious, rather than following the more specialised education pathways of medicine, law or accountancy. By thinking of ourselves as Federers, rather than also-rans, we can help to promote the generalists in our classrooms and celebrate their unique abilities as much as those of their more specialist peers.

Gordon Cairns is an English and forest school teacher who works in a unit for secondary pupils with ASD; he also writes about education, society, cycling and football for a number of publications