Martin Clunes’ Schooldays – “Beating children with sticks sounds laughable, but that’s all they did” 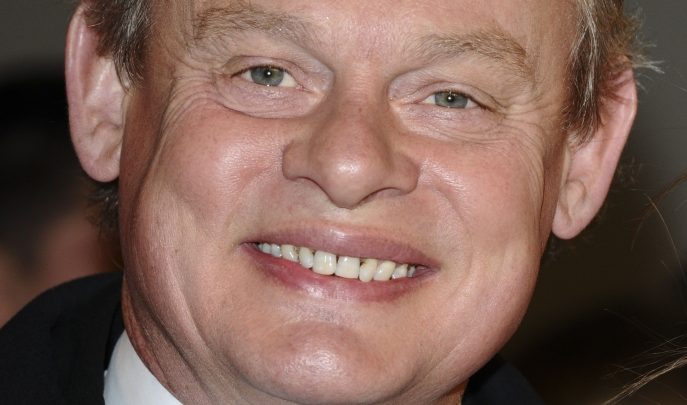 Martin Clunes wasn’t happy at boarding school – but his daughter’s experiences have convinced him that times have changed… About a year after my father’s death, I was packed off to boarding school. I didn’t enjoy it particularly – life there seemed to be all about waiting for some adult or classmate to be beastly […]

About a year after my father’s death, I was packed off to boarding school. I didn’t enjoy it particularly – life there seemed to be all about waiting for some adult or classmate to be beastly or thwack you.

School was a weekly agony to be borne, cemented by my chronic bedwetting. I enjoyed the camaraderie and the friends, but I wasn’t a good student. At my next school I was put in charge of the school menagerie – feeding, letting out and shutting up the animals, including the sheep. I loved it. There’s something wonderful about the characters of animals, and I now have a family of them around me.

A break from being hit

My overwhelming memory of secondary school is huge flares, having a bit of a mullet, and getting into punk. That and a bit of a cowboy boot. I remember feeling quite confused. There were girls as well; it was a mixed school and I’d come from an all-boys school – at that age when there are stirrings.

I was an annoying teenager and I got caned; all day, every day. I probably threw myself into plays and making people laugh, just to have a break from being hit. Mr Andrew Foot, a teacher at my secondary school, was certainly instrumental in encouraging me to act – largely, I suspect, in an attempt to stop me being quite so irritating in his classroom. It was a way to channel my annoying tendencies into something more productive; it seems to have been quite successful.

My experience of the current education system, through my teenage daughter Emily, has been undoubtedly better. A million times better, in fact. There’s no threat of violence – instead, I see a genuine attempt to engage. I mean, it sounds laughable, beating children with sticks, when you look back on it, but that’s what they all did.

I notice a sort of readiness in the teachers these days to connect with the pupils and enthuse them; not only on the subjects they’re teaching, but also on the subject of teaching. The fact that my daughter goes to school with a skip in her step is wonderful. The work ethic she’s had instilled in her at school is incredible.

There’s no preparation for having children, and as soon as Emily was born, I adored it; I was excited by it. I could never advise anyone on the subject of fatherhood because we’re all different, but I seem to have got pretty lucky with my daughter. She’s pretty nice! Also, she begged to go to boarding school, so a lot of the teenage problems we might have had have been absorbed by professionals.

Given my own experiences at boarding school, the thought of her going just broke my heart, but she was desperately keen and it’s turned out to have been the best thing. She’s an only child and craves the company of her peers and other girls; now she’s got a really nice circle of friends, so she’s quite lucky.

I don’t think my daughter has watched Men Behaving Badly or Doc Martin; in fact she studiously avoids anything I’m in. When Sigourney Weaver came [the actor starred in a recent episode of Doc Martin] we went out for supper at Rick Stein’s and Emily came with us – but when I asked, ‘Do you want to watch the episode?’ she said, ‘No, I’m alright.’ Although we went to the Nativity 3 premiere, and she was really embarrassed because I sing and dance in it. So that was quite a triumph for me.

Martin Clunes is an actor, best known for his portrayal of Martin Ellingham in the ITV drama series Doc Martin and Gary Strang in Men Behaving Badly; his film credits include Staggered and Nativity 3: Dude, Where’s My Donkey?. Doc Martin – Complete Series Seven is out now