Letters from the Lighthouse is a mystery; a spy story; an evacuee story; a refugee story.

Above all, it’s Olive’s story.

The Second World War turns schoolgirl Olive’s life in London inside out. Her father is shot down over France, her glamorous older sister, Sukie, goes missing during an air raid, and Olive is evacuated with her younger brother, Cliff, to Devon.

Along the way she meets a variety of both friendly and unpleasant characters and not all of them are what they seem. Strong, loving and resourceful, Olive is driven to extraordinary acts of courage by her sense of responsibility to her family, like the way she fiercely protects her little brother.

The book revolves around Olive’s persistent efforts to solve the mystery of why her sister has disappeared and piece together the clues to find her. The crisp prose and pacey plot make the novel a joy to read. The setting of Budmouth, a coastal Devon village dominated by a lighthouse, lends atmosphere and plenty of scope for exciting adventures.

Historical accuracy and fine details mean Letters from the Lighthouse slips effortlessly into second world war topics while at the same time providing space for children to think and talk together about deep themes such as hope, loss, separation, prejudice, truth, forgiveness, bereavement, love and kindness. 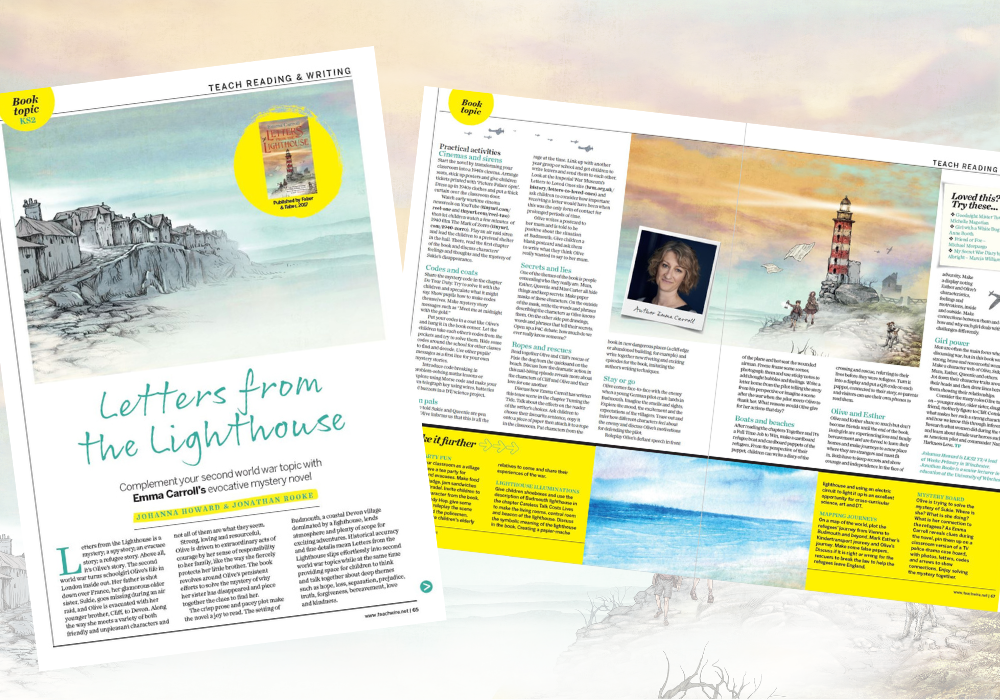 DOWNLOAD A FREE RESOURCE!
Books for topics KS2 – Use Letters from the Lighthouse by Emma Carroll when studying World War 2 and the blitz
PrimaryArt & DesignDesign & TechnologyEnglishGeographyHistoryMathsScience