What is geography? – What defines this subject, and what’s the importance of setting a powerful curriculum?

Mark Enser explains why the ever-growing scope of geography serves up some valuable lessons on the importance and purpose of a subject’s curriculum...

These three words defined the thinking around the geography curriculum when I started teaching in 2004 and, for a while, this seemed hugely exciting. Geography is such a broad discipline that we could – we were told – study anything in our classrooms, put anything into our programmes of study, at least until we had to prepare for an exam specification, and we could call it geography.

And so we did.

They could study the geography of fashion and learn about the deplorable conditions of sweatshops and, as a result, hopefully change their shopping habits. What mattered wasn’t the content but the result of studying it.

The problem is that once we decide that “anything is geography”, it starts to become clear that therefore nothing is geography. If geography is the development of empathy, the study of things familiar to pupils, and an attempt to make them more conscientious consumers, then what unites it as one subject? How do we define this subject?

Our subject became lost, as it was turned into a vehicle to deliver learning around a range of social issues – according to political priorities – and soft skills to prepare pupils for the needs of an imagined 21st century.

Although you could see elements of this in a range of subjects, I think it was a particular issue in geography because it is an unusually messy discipline.

Geography, as a field of study, has a long history stretching back at least as far as the ancient Greeks and the scholar Eratosthenes, who originated the term, coming from the title of his book Geographica.

However, as an academic university discipline, its history only reaches as far back as the 19th century, and much of its expansion occurred in the early 20th century as a way of providing geography teachers to schools.

This adolescent subject is still testing its boundaries and seeking to define its role. As it has gone through this period of reflection it has become too easy for it to be led astray by those who would use it to further their own ends.

These years of confusion are a huge shame, as geography has the potential to be a truly powerful subject. An understanding of the planet that we call home – how it works, how human and physical processes interact and lead to change – can transform those who study it and open up new vistas from which they can view the world.

A powerful curriculum needs a clear purpose driving it. Without this clear purpose, we will once again get led off into the territory of ‘anything is geography’.

Curriculums are not created by one person writing out a programme of study, but by each and every teacher in the classroom. The word curriculum derives ultimately from a Latin word describing the route of a race, a journey. It is, excitingly for us geography teachers, a map.

It is the individual teacher who takes their pupils on this journey, and so it is the individual teacher who must take responsibility for understanding their map – especially as they will inevitably alter the route as they teach, finding new tangents to explore and bringing in examples and references from their own lives, interests and experiences.

A curriculum is created many times over: set out by national bodies, interpreted by subject associations such as the Geographical Association and Royal Geographical Society, written by individual school departments and then created again in the classroom as the teacher brings it to life.

We run the risk of creating a culture in which, instead of teachers, we are technicians whose role is simply to deliver the vision of another.

Not only will this create problems for the profession, in terms of developing such curriculum-makers of the future and in terms of teacher retention (who went into the profession to be a technician?), but it will also create a weaker curriculum because the teacher who created it needs to be there to bring it to life.

One of the forces that has allowed this de-professionalisation to occur is the perceived diminishing of the teacher’s role in the classroom. In his paper ‘Receiving the Gift of Teaching’, Gert Biesta argues that this diminished role came about as a result of the application of constructivist ideas about learning, saying, “Teaching has become increasingly understood as the facilitation of learning rather than as a process where teachers have something to give to their students.”

This view of education led to a belief that teachers were simply in the room to draw out of pupils that which they already knew – an idea going back to Socrates.

However, Biesta argues that education requires something more than immanence (what comes from within): it needs transcendence (that which comes from without). Biesta’s concern is that we have removed the teacher from education and turned them, at best, into a facilitator of learning or a learning resource.

He argues that we need to tell a different story: “This is a story where teachers are not disposable and dispensable resources for learning, but where they have something to give, where they do not shy away from difficult questions and inconvenient truths, and where they work actively and consistently on the distinction between what is desired and what is desirable, so as to explore what it is that should have authority in our lives.”

In this alternative story, schools are not only places of learning, as one can learn anywhere, but are places where pupils are taught. It is here that they receive the gift of teaching, the one thing that other social institutions cannot provide.

There is another worrying trend in education, which is the move to make schools agents which serve the needs of wider society. It may be unclear why I deem this worrying, so widespread a belief has this become, but I will argue that the competing and clamouring voices are leading to confusion over the purpose of schools and, as a result, over the purpose of teaching geography.

I often find myself thinking back to the phrase coined by the American geographer David Wadley, who calls for academic institutions to be gardens of peace that stand outside the needs of the vibrant neoliberal city.

Here, in the garden of peace, we can enjoy the study of the world for its own sake and reach our own conclusions, untroubled by the rest of the world’s urgent demands that we serve them.

What we are left with is a question about what this gift should look like.

Mark Enser is a head of department and research lead at Heathfield Community College; visit his blog at teachreal.wordpress.com or follow @EnserMark. This article is an edited extract taken from his book Powerful Geography: A curriculum with purpose in practice (Crown House, £16.99)

This is an A3 tool designed to promote pupils’ confidence and resilience, their skills of organisation and presentation, and their attitude to their learning – all through improved understanding of themselves....

When it comes to hatching a recovery plan, some children will make rapid progress while...

Cover the primary curriculum with our choice of the top maths resources for children in...

How should schools respond when a student takes their own life?

Geoff Rickson explains how Samaritans’ Step by Step service was able to provide one school community...

Staff wellbeing – We asked for unpaid leave but got thank you cards instead
The Undercover Teacher, A variety of teachers writing anonymously

Thank you cards from SLT are no replacement for proper wellbeing initiatives, says this anonymous teacher... 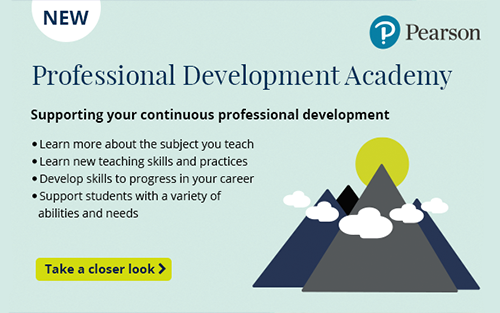