back to Revision hub

When Colin Firth got the role of Mr Darcy in the BBC adaptation of Jane Austen’s classic text, he called his brother to tell him the news. His brother simply said: “Mr Darcy? Isn’t he meant to be handsome?”

But therein lies the cult of Mr Darcy. Firth himself can’t even understand the appeal, as he explained in a Daily Mail interview:

“I thought it would be quite fun and liberating to play someone who was completely and utterly dislikeable, unsympathetic, judgemental and snobbish. I didn’t have to think about bringing charm to the role – the way I saw it, I just had to stand there and make everyone hate me… then this weird thing happened where people liked him, which wasn’t what I was expecting at all!”

But Pride and Prejudice is a social satire after all. Perhaps we are meant to dislike him, and laugh heartily at everything being neatly wrapped up in a nice little bow of love and marriage.

Any excuse to share this excellent comic
from Hark! A Vagrant

And when it comes to satire, there’s really only one hero of Pride and Prejudice:

Mr Bennet gets all the best lines. You could do a lot worse than to start with his funniest quotes as an entry point to any students who might be a little, ahem, prejudiced against being asked to read a romantic Victorian novel.

This would lead quite nicely into an exercise on authorial intent, and this matching activity that encourages students to think about the impact of Austen’s language decisions.

This lesson would take things even further and explores what Austen is saying about marriage and its conventions.

It is designed for advanced learners though, so made to be tailored to your class, or cherry picked for activity ideas.

For a bit of background on Austen’s life where better to go that her home?

The Jane Austen Museum has these two education packs on ‘The World that Jane Austen presents’ and ‘A brief introduction to Chawton House & Jane Austen’s House’.

They look at the differences in expectations of men and women at the time, and explore how the Austen family, specifically, lived.

If you want to look at how the novel deals with the class system of the time then this resource has some excellent ideas for discussion points and activities. 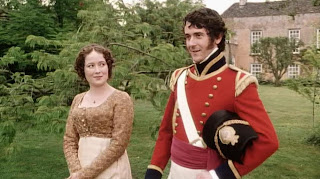 This resource looks at the idea of the romantic hero in literature through the pairing of Elizabeth and Wickham.

With 10 activities in all, this resource asks students how they think a romantic hero should speak and act, to list as many as they can from other books and films and asks them to compare Wickham and Darcy.

This thought-tracking exercise is ideal for a spot of comprehension.

Students read through the small talk made between Elizabeth and Darcy as they dance in chapter 18, and write down their thoughts about what’s really being said.

The British Library has a selection of videos that give short but significant insight into the novel.

The 5 Most Effective Study Strategies for GCSE Revision Poster

Everything you need for every subject across Key Stages 3 and 4.