Alexandra Ladbury on why her school teaches all pupils Spanish, and how you can too

Imagine a school that brings foreign language and culture lessons into every class, from maths to art and everything in between. Language learning is no longer confined to a Modern Foreign Languages (MFL) class once a week. Instead, it is fully integrated throughout the students’ day, every day, helping to widen horizons and raise aspirations. Imagine a school where all students are trained in the skills they need to become bilingual future leaders, with broad cultural appreciation and in-depth understanding.

At Park Lane Primary School and Nursery, a Griffin Schools Trust school, we do just that. Spanish language lessons are incorporated into every subject we teach. Teachers greet students and take the register in Spanish, for example. Students recite Spanish numbers in maths lessons, and they use Spanish names for colours in their art lessons. Dedicated Spanish language lessons also take place at least once a week, in 40-minute segments. In addition, teachers assess and track students’ language learning progress to ensure aspirational achievement goals are met, as we work towards bilingual fluency together.


Why Spanish? Most schools in the UK use French as their MFL. After all, France is our closest neighbour, and there are longstanding historical and cultural ties between our nations that make French a popular choice. On a global scale, however, French is a less commonly spoken language, ranking seventh overall. By contrast, Spanish is the fourth most popular spoken language in the world; some 559 million people speak it in over 20 countries. It is widespread throughout the Americas and parts of Africa and Asia, including the Philippines. Spain is also a top travel destination. From 2017-2019, over 18 million tourists from the UK visited Spain each year. In today’s globalised world, Spanish language skills are more important than ever before.

The Spanish language is also closer to English than some of the other most popular global languages, such as Mandarin Chinese, Hindi, or Arabic. This makes it easier for English speakers to achieve fluency. It is a Romance language based on Latin, just like French, but its pronunciation rules are clearer and easier for younger learners to grasp. Moreover, many Spanish words have been adopted in English, such as rodeo, canyon, and suave. So, your students will love discovering that they already know a few words!

Spain has a rich history and culture, making it an excellent choice for MFL at the primary level. We take pride in celebrating Spanish culture throughout our school. Spanish music, such as classical guitar, is regularly played as ambient music. The children enjoy learning about Spanish food, sports, and traditions. In December, for instance, they explored how Christmas is celebrated differently in Spain. It’s lovely to see how something universal like Christmas can bridge cultures and contribute to the children’s understanding. It has broadened their minds and introduced them to new cultural ideas.

It’s also vitally important for language learners to hear native speakers. This gives them a good appreciation of how people really speak a language, with exposure to regional accents, idioms, and slang. For this reason, we often have native Spanish speaking visitors in the school. As part of our work towards the British Council’s International Schools Award and to further enhance our linguistic and cultural experiences, Park Lane Primary School and Nursery will be making links with Spanish-speaking schools in Spain or Latin America.

Bringing a bilingual curriculum into your school broadens your students’ horizons. Students feel inspired to learn and grow, to travel and experience other cultures up close. As proud parent Sue Chetwynd commented: “My son has discovered a love for language through the Spanish lessons at Park Lane. In fact, we are planning a trip to Spain next year, so he can put his lessons into practice and get to see the country he is now so passionate about.” We love to hear this kind of feedback and see the real-life impact of bilingual education.

As you can see from our story, MFL does not have to be limited to a single weekly lesson. Schools have the power to embed language across all subjects, just as we do. The enthusiasm of our students, parents, and teachers for this approach has been phenomenal. I hope more schools in the UK will be inspired by the success of our Spanish bilingual curriculum.

Alexandra Ladbury is head of school at Park Lane Primary School and Nursery. Follow the school’s updates on Twitter @SchoolParklane

Check, achieve, succeed – Can assessment be used to motivate?

Harry Fletcher-Wood discusses how behavioural science has the potential to help students get more out...

Tackle some serious issues and open a dialogue about mental health in your classroom with... 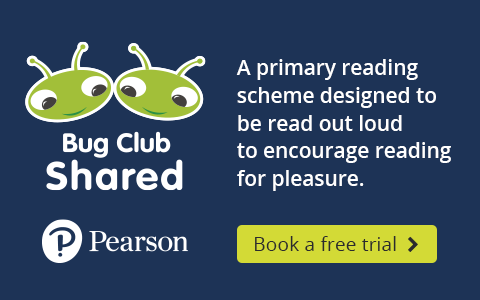