Make Sure Your School’s Practice is Dyslexia-Friendly 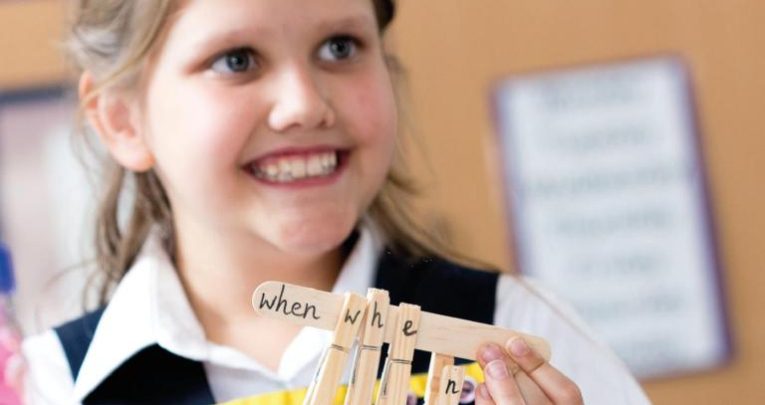 Joanne Gregory, head of Quality Mark at The British Dyslexia Association, often says she has the best job in the world. Joanne has the privilege of working with the many fantastic schools and inspiring teachers who take up the challenge of working towards the BDA’s Dyslexia Friendly Schools Quality Mark.

Since the award scheme was first introduced 16 years ago, Joanne has worked with primary and secondary schools, FE colleges and universities throughout England that have all had the same aim – to strive towards an inclusive, dyslexia-friendly environment in which all learners have the opportunity to succeed.

Here, I’d like to share with you the experiences of two such schools, looking at how they approached becoming dyslexia-friendly, and the impact their journeys had on their respective staff and pupils.

West Thornton Primary Academy is an extraordinary school. It was awarded the BDA Dyslexia Friendly Quality Mark in December 2016, has also achieved the Inclusion Quality Mark Centre of Excellence award and is rated Outstanding by Ofsted. Both the head of school, Di Pumphrey, and deputy head, Naina Chauhan, speak of wanting to take on new challenges and constantly ask ‘What’s next?’ – the result being a school where barriers have been removed both literally and metaphorically.

Walls have been taken down to create inspirational open learning zones, the principles underpinning the ‘growth mindset’ approach have been fully embraced, the children are constantly challenged and stretched to achieve their best and ‘failure’ is word that’s barely countenanced.

That said, the school is willing to celebrate notions of struggle, telling pupils that if they find a task easy, they haven’t learned. That attitude can perhaps be seen most clearly in ‘The Pit’. For most children at the school this is a metaphorical concept used grasp the idea of struggling with a particular problem, but for Year 5 ‘The Pit’ is something tangible – a separate learning zone where pupils can receive support from both teachers and peers.

It’s an environment where challenges are shared and discussed freely; where dyslexic, dyspraxic and dyscalculic pupils are encouraged to be open about their difficulties, in the knowledge that they’ll be heard empathetically. The working through of problems with others that often takes place in The Pit further helps them to build resilience and develop skills in collaboration and teamwork, which Di Pumphrey believes are key to success in later life.

The West Thornton Primary school belief that you can do anything you want to doesn’t just apply to pupils. Staff are actively encouraged to pursue independent lifelong learning through high quality CPD and training, empowering them to identify barriers to learning and understand the importance of early intervention. Their understanding of pupils’ particular needs is supported by dyslexia checklists in each of the school’s learning zones, and through the use of dyslexia profiles and passports that clearly indicate what resources children require to facilitate their learning.

There’s a similar ethos of high aspiration for all in place at Frewen College – an independent school specialising in the teaching of children with SpLD between the ages of 7 and 19, which was originally founded in 1910 (under the name Down House School) as the first specialist school for dyslexic students in England.

High on the agenda for Frewen College today is CPD and training. All staff are trained to a minimum of Level 3 in OCN’s Dyslexia Awareness qualification; one teacher is trained to Level 7, while another is currently working towards their Level 5.

The school’s ongoing training is led by needs that have been identified by teaching staff and provided via regular INSET days. Recently, said training has included cued articulation, Elklan speech and language and the use of assistive technologies.

The school’s principal, Nick Goodman, has also received dyslexia training, which has informed his vision for the school to serve as a centre of excellence for dyslexia. Thus far, this vision has seen the college become a learning hub for the local area and offer places on its INSET days to other schools within their consortium.

Pupils attending Frewen have often spent some time out of education, with the result that they’re often performing well below age-related expectations and lacking in confidence and self-esteem when they arrive.

This can mean that their emotional needs may need to be supported before they can begin developing the self-confidence they’ll need to believe they can learn.

All students’ needs are assessed when starting at the school, in a process that includes gauging their writing and typing speeds, visual perception, and carrying out screening for visual stress.

A personal learning plan is then developed, which provides staff with guidance on what adaptations will best meet the needs of each pupil, and helps them set individualised targets and success criteria.

For the pupils themselves, it’s often the small things that make a real difference to their enjoyment of lessons.

Pupils in Frewen’s KS2 prep school are given an additional break in the school day, during which they’re able to use wobble cushions, fiddle toys, writing slopes and special pencils, while being allowed to take their shoes off – all things that have had a tangible impact on their levels of engagement, compared with their experiences of attending mainstream schools.

Parents meanwhile welcome the extended amount of the time the school devotes to parents’ evenings, and an open-door policy where regular parental communications with staff are actively encouraged.

Parents are further appreciative of the high levels of skill and knowledge demonstrated by staff – since every classroom and lesson is dyslexia-friendly, there’s no need for pupils to be taken out of class for interventions or one-to-one support, which does much to foster independent learning and self-reliance.

Frewen College was among the schools featured in a Manchester Metropolitan University study summarised in the document ‘What works in dyslexia / SpLD friendly practice in the secondary school and further education college sectors: Four case studies of effective practice’.

Liz Horobin has worked as a Project Director with the British Dyslexia Association since 2010, leading projects focusing on dyslexia and multilingualism, phonics at KS1 and KS2 and early intervention.
SHARE THIS resource