Avast ye scurvy-infested seadogs, there's hidden treasure to be had with this bounty of books

Shiver me timbers! Batten down the hatches! Yo ho ho and a bottle of rum! OK, maybe not the rum. There’s no place for rum in early years. Or, school all told really.

Kids love pirates, adults love pirates, pirates love being pirates. They’re a popular bunch. Well, at least the Disneyfied pantomime version of pirates we have today. Real pirates, not so much.

So, all together now, in your best (completely invented) pirate accent: Yaaarrrrrrrrrgh!

Walk the plank (another pirate myth) any of you who just did that out loud and are now getting strange looks from the room. The rest of you, come with us on a seafaring journey to some excellent pirate-based tales.

Claire Freedman and Ben Cort – underpants specialists extraordinaire – are back on the scene…and this time, they’ve brought pirates! As usual when Freedman and Cort get together to talk about knickers, drawers, boxers, bloomers and briefs, you’ll find bouncy, perfectly rhythmic verses; lively and colourful pictures with plenty of hilarious details; and just the right number of mentions of the word ‘pants’ to keep your audience giggling.

Lightning strikes, a giant squid, ravenous sharks, hurricanes and cannon fire – counting down from 10 has rarely been as thrilling as it is here in this sparky rhyming story of 10 little pirates who are apparently dispatched one by one thanks to a succession of classic ocean mishaps.

Join Tommy for his first term on board the Rusty Barnacle, as he learns how to walk, talk and swashbuckle like a proper pirate. Will he and his friends pass the pirate tests?

Being a bird with standards, Polly’s extremely picky when it comes to choosing the perfect pet, and a succession of so-so marauders have to be ruled out before she finally comes across a swashbuckling pair with real promise.

Brush up your piratical accent before you dive into this deliberately disgusting offering from author Lucy Coats. Her fabulous use of language makes this tale of the world’s grubbiest and smelliest seafarer a total delight to read aloud – despite the unrelenting hideousness of Captain Beastie’s habits and personal hygiene.

6. My Granny is a Pirate

Internationally best-selling crime writer Val McDermid’s first children’s book is a gem – sticking to the world of those who live on the wrong side of the law (but seriously curtailing her usual body count), she’s come up with a feisty, swashbuckling heroine that youngsters will adore. Granny is as nifty with a cutlass as she is with a handbag.

Review: My Granny is a Pirate. 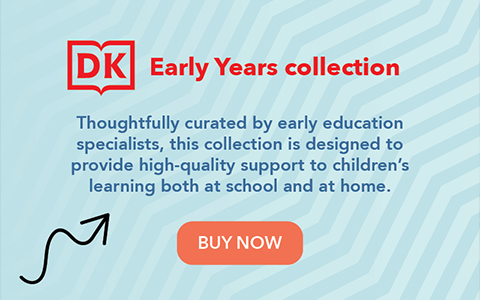