What music can do for learners with communication difficulties 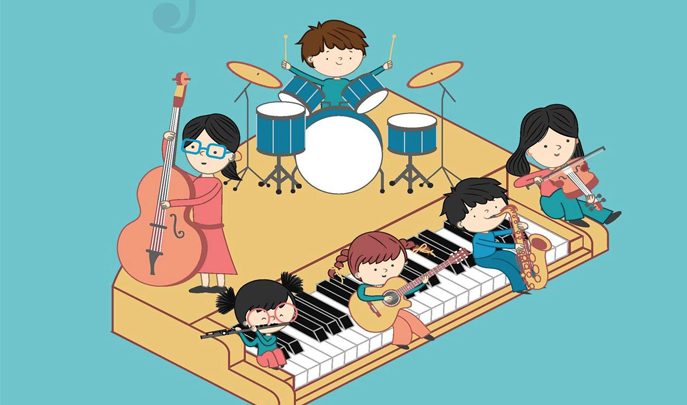 The nursery rhymes we hear when we’re little. The first dance at our wedding. Those unforgettable live performances of our favourite bands or opera. The soundtracks we put on to accompany our car journeys.

Music plays an important part in all our lives, evoking memories and emotions as we go and allowing us to communicate who we are – and it can play an integral part in the daily life of a school.

Camberwell Park School caters for primary aged pupils with a range of SEND, many of whom are non-verbal or have limited verbal communication. These pupils rely on a variety of communication strategies, from using objects of reference to symbols, signing and switches. It’s been our experience that music can enhance and support our pupils’ communication abilities, and in turn support outcomes across many areas of learning.

Here, I want to share with you some of the ways in which we have put this thinking into practice from the perspective of a teaching practitioner. I am now a headteacher, but have taught learners with SEND throughout my career and was a subject leader for a number of years. Whilst I am aware of the specialist work carried out this area by music therapists – we engage one ourselves using some of our pupil premium funding – what follows is a series of practical ideas that we know to be successful, and which could be implemented in all schools.

There are many ways in which different forms and styles of music can be used to support children in expressing themselves – both as part of music lessons and across other areas of learning.

Music curriculum examples include letting pupils have a go at conducting the class or school band. As well as helping them learn the concepts of ‘fast/slow’ and ‘loud/quiet’, by allowing them to decide how they want their class to play they will be able to express themselves musically in a nonthreatening way, where there’s no ‘right or wrong’.

Engaging pupils on a oneto- one basis to support their communication skills with music can be magical. One of my favourite ways of doing this is to use an instrument, such as a bodhran for example, to hold a ‘musical conversation’. This can begin with the adult copying noises made by the child using the instrument. As the child’s confidence and understanding grows, the exchange will become more reciprocal and can be a great way of developing communicative relationships.

Composition presents a challenge for some of our pupils, but using body percussion – claps, stamps and so forth – can give children a freedom to express and communicate their ideas. Try capturing the patterns and sequences they come up with using a set of symbols, so that they can ‘notate’ and repeat their compositions.

Music and other subjects

Music can have a role in enhancing and supporting communication and learning across other areas of the curriculum too. Music is regularly used to encourage physical expression during PE lessons, but why not try using music to also support pupils’ writing skills?

We have implemented the Write Dance programme (writedancetraining. com) at Camberwell Park and found that it’s had a great impact on the pupils’ confidence, level of engagement and writing skills.

Total communication, including signing, is embedded in our school. We have a weekly wholeschool sing and sign session, at which we are joined by pupils from a neighbouring mainstream school who learn the songs and signs along with us.

Many of our pupils find change difficult and are supported throughout the school day with visual timetables that enable them to ‘check what is next’ in order to reduce their anxiety. We have also found that singing original rhymes about the school and its routines to familiar tunes can help our pupils better cope with heightened periods of anxiety during key transition periods, such as dinner and home times; some children might use these songs and rhymes during class times as well.

Pieces of music are further used around the school as auditory cues, to support children with recognising and understanding particular activities. One example of this is our weekly assemblies, where we will consistently play the song ‘A Whole New World’ from the Disney film Aladdin as the pupils enter. This, combined with the visual schedules they use and our assemblies’familiarity, effectively reduces the pupils’ sense of anxiety while promoting understanding and engagement.

We also regularly use songs to support understanding and communication within lessons. ‘Hello songs’ are played to greet children in the morning, and play an important role in helping the children to develop their awareness of, and friendships with each other. ‘Feelings songs’, meanwhile, enable the pupils to tell if they are happy or sad in a non-threatening way.

An aid to learning

Music, as we know, can additionally help us to learn and retain facts. ‘Days of the week’, ‘number’ and ‘alphabet’ songs all therefore feature as part of each school day, and we have often heard of pupils singing them at other times. After a parent told us that his daughter had been singing some of the school’s original songs at home, it prompted us to compile an audio CD of the songs and produce an accompanying book of words and signs. That way, the pupils could enjoy singing the songs with their families, thus further supporting their communication at home.

Another activity many classes have organised is to create ‘song boards’ using symbols and other visual images to represent favourite songs that children can choose between. The children can use the song boards to communicate their preferences, and then enjoy the class singing the song they’ve chosen.

Music can be a motivator and a reward. It can be calming and relaxing in some situations, stimulating and engaging at others, and be a very powerful tool for de-escalating anxiety when a child is in crisis. The key to using music effectively is to know your pupils well, and what you are trying to help them to achieve.

What impact could these Camberwell park music activities have on the pupils in your school?

Mary Isherwood is headteacher at Camberwell Park School, Manchester; she blogs at maryisherwood.wordpress.com and tweets as @Mishwood1.