School qualifications – Are we teaching students the skills they need in today’s world?

For my book, Forget School, I recorded interviews with young adults between the ages of 20 and 30 about their experiences at school.

On the whole, those I interviewed weren’t disaffected at school (though some were). Most were individuals who’d done well and got plenty of GCSEs and A Levels.

But there was a pattern to the ways in which they saw school as remote, abstract and – at the far end of the scale – irrelevant to the needs they encountered in adulthood.

One of the saddest things that emerged during my research was that these people learned to be confident after school, which I found really disappointing.

Another common theme was that these adults were acutely aware of the limits of their qualifications and harboured limited aspirations for themselves. Most were self-employed, though some were in the position employing others.

I asked the latter group what they looked for in a new employee and one young woman – a wedding designer who had started her own business – said, “A people person. Somebody who’s creative and perhaps has their own portfolio.”

I asked whether she might look for an A-level in art or a fashion degree, but she wasn’t bothered about her prospective employees having either of those.

The young people I spoke to were wary not just of how valuable their own qualifications were, but also of imposing the need for qualifications on other people.

In the course of my research, I also came to notice how many large companies are now shifting away from barring candidates for interview if they don’t have the right qualifications.

Conversely, teachers remain pretty much locked into seeing the attainment of qualifications as being their raison d’etre.

Indeed, when I left school, it was it was reasonable to expect that if you’d done well and gained some qualifications, you had an education that would be suitable for life and prized by society. But I don’t think either of those things are particularly true any more.

Yet there’s still this insistence that students use pen and paper when sitting their English GCSEs, and complete tasks along the lines of ‘Write a letter to a friend’ which few people now do in longhand.

Or ‘Write a newspaper report’ when hardly anybody under the age of 30 regularly reads a newspaper.

As time moves on, such practices will become even more niche and abstract. There are many areas of the curriculum that will be affected by societal changes happening much faster than they once did.

In maths, for instance, what will we do when there’s no physical money? How will we teach number and value?

We’re not having these bigger conversations around education at the moment, but we need to. Which bits of geography are actually going to inform a child’s later life? Which areas of history should they be dipping into?

One notable thing to come out of the coronavirus crisis is how teachers were given a role in making judgments around what their children would have got for their GCSEs. That’s how assessment largely works in Canada, for instance.

There’s no national curriculum and no exam boards, but there is a local regulatory system. Teacher boards examine the work kids are doing for their high school diploma, and teachers are able to develop individual tests for individual kids.

I would advocate getting rid of exams and instead giving every student an ‘e-portfolio’ containing a record of their experiences, achievements, completed projects, artworks, essays and more besides.

If students could carry this with them after school, that wedding designer would be able to look at an applicant’s portfolio and gauge their levels of experience and general acumen.

We genuinely have to move on in how we prepare children for the world of work, because right now we’re not.

The self-employed are fastest growing proportion of the workforce, particularly where young adults are concerned. Many people now work two or three jobs to support an overarching life goal.

Children and young people need an education that’s much more enquiring and better suited to an adulthood that will increasingly involve learning, unlearning and relearning.

Martin Illingworth is a senior lecturer at Sheffield Hallam University with responsibility for English and drama PGCE and author of Forget School: Why Young People Are Succeeding on Their Own Terms and What Schools Can Do to Avoid Being Left Behind (£16.99, Independent Thinking Press). 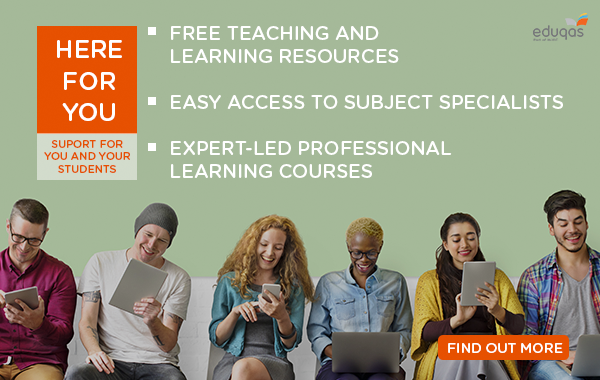