How to use speeches in the classroom 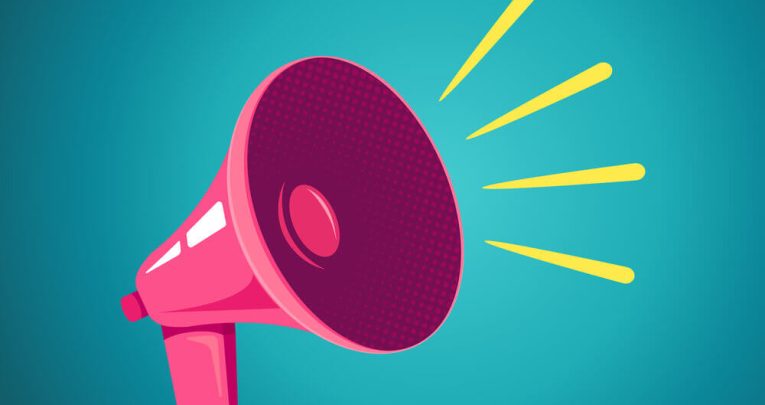 Sharing great (and terrible) speeches from history in the classroom can inspire profound learning opportunities across the curriculum, as Joan Haig explains…

by Joan Haig and Joan Lennon

When I was in early secondary school, my RE teacher taught us how to knit for those in need. As we sat twiddling wool, she played us famous speeches on her vintage record player. Occasionally, she talked about the context of what we were hearing. But, for the most part, she let the crackly voices do the work (she was, after all, busy instructing us in needlecraft).

And yet, perhaps we did absorb something more in the process than just the words: a sense of the political urgency and the gravity of what was at stake; the mechanics of the speeches themselves; and the vocabulary of power. Reflecting back, I wonder what else speeches can offer us in terms of wider classroom learning.

Historical speeches are powerful introductions to big topics and moments that altered the course of our social and political realities. The speech itself in this case is the gateway and starting point, not the focus.

We can use it to move from the micro level – the words of one person – to the macro – the situation from which the words emerged. From Nelson Mandela standing at the dock in a court room in Pretoria, you can enter the world of apartheid, of racial segregation, massacre and freedom fighting.

And if you can get hold of the original recordings to allow the pupils to hear the speaker’s voice, so much the better. (Obviously this is a little hard if it’s the Sermon on the Mount that you’re after.)

What is fresh about this approach, I think, is that you purposefully enter the story through a subjective position and are therefore forced to look at the topic critically.

What are the motivations of this person? Who is their audience? Who are they speaking for? Who might be against what they say, and why? Why are they speaking out? What events led up to this moment? What came next?

This subjectivity also allows us to talk about trust. Today’s world is one of skewed statements and statistics issued by politicians. It is one in which mainstream media and online content are designed to obfuscate the truth in order to sell ideas or products.

In helping young people navigate this landscape, why not use speeches? They provide concrete examples of how information and ideas are transmitted – including the dangerous ones.

The various UK curricula already go beyond simply comprehending information; they require pupils to apply analytical powers, such as inference, and to try their hands at persuasive writing. Examples of famous speeches can support this. Find resources and worksheets to help teach direct and indirect speech here.

Moreover, speeches can open a discussion about how different platforms have been used, and abused, in the distribution of information. The internet is a space in which extremist groups can take advantage of vulnerable individuals; it is also the space in which Malala Yousafzai’s blogs informed the world of what was happening within the Taliban-controlled regions of Pakistan.

How do we know whose voices to trust? Who is behind the voice that we hear? Who is directing the newspaper headline that we read? (BBC Bitesize has some great tips for young people on spotting ‘fake news’.)

According to a recent article in Scientific American, one of the difficulties in getting young people excited about STEM – and keeping them excited – is that sometimes its purpose is not made clear.

So, what about sparking pupils’ interest with some authentic and varied voices from this area? Read extracts from Angela Merkel addressing the World Health Organisation in the midst of the Ebola crisis and it’s clear that the world of science and technology is fiercely exciting, involving drama, politics, money and ego.

Or check out some Nobel Prize speeches from over the years. What was the story? What was the problem to be solved? And if you want children to hear a young person on the subject, how about introducing them to 13-year-old Taylor Richardson in her 2017 ‘March for Science’ speech? Or Greta Thunberg on the topic of the climate crisis?

How to be confident in public speaking

Not all young people have the skills, opportunity or motivation to stand on a public forum and talk about what they care about. However, there is certainly an argument for teaching rhetoric and public speaking in the classroom – and a good way to start is with what makes a ‘bad’ speech.

Channelling my own drama lessons from school days three decades ago, I began a recent workshop by performing a terrible speech opener: legs twisted, I looked at the ceiling and off to the sides, mumbled to my feet, twiddled with my hair and ‘ummed’ my way through.

I then performed a ‘good’ speech opener – I stood confidently, had good eye contact, a clear voice, controlled hands and a simple message. I asked the class what differences they spotted and they were quick to identify exactly where I’d gone wrong in my first attempt.

I was then taken aback – several of the children volunteered to share their own terrible performances. They were hilarious – truly abysmal – and more and more pupils volunteered to be ridiculed.

Little did they (or I) know at the offset that they were learning a valuable lesson: their next performance could only be an improvement. Giving the pupils permission to try out ‘bad’ speechmaking for themselves turned out to generate a greater understanding of what makes a speech good.

It gave them an appreciation for the importance of body language and physical presence. Oddly, it also gave them confidence to stand up and speak out in the first place.

I’m sure there are many other creative ways speeches and speechmaking can be employed to support wider learning, to boost children’s confidence or simply spark their interest in a new way.

My RE teacher believed that listening to and learning from speeches (and knitting for the needy) would make the world a better place. I don’t think she was wrong.

Joan Haig grew up in Zambia and Vanuatu and now lives in Scotland, where she is a lecturer and writer. Find Joan on Twitter @joanhaigbooks and see more of her work at joanhaigbooks.com

Part Scottish, part Canadian, Joan Lennon is a novelist, poet and non-fiction writer living in the Kingdom of Fife. See more from Joan on Instagram @joan.lennon.359 and at her website, joanlennon.co.uk