Trisha Lee explains the cognitive, emotional and creative benefits of the Helicopter Stories approach to storytelling and story acting...

The UK Helicopter Stories approach is based on the work of Vivian Gussin Paley, a kindergarten teacher, childhood education researcher and author of The Boy Who Would be a Helicopter.

Stories have always been an important part of early years education, traditionally through reading, listening and writing – but what about children who struggle due to speech, language or learning difficulties?

Creativity is one of children’s greatest resources in discovering the world around them. Through the form of learning known as story acting, children are given the freedom to create, and can then use this to bring their thoughts, experiences and feelings to life.

The Helicopter Stories approach to story acting is very simple. The pupil tells a story, which is scribed word-for-word by the practitioner on a piece of A5 paper, before marking a stage on the classroom floor using masking tape. The pupil decides which role they want to play and the other pupils gather around to watch, with some joining in to represent props, scenery or other characters.

It’s an approach that has the power to reach every child. Observing Vivian at work, I once witnessed a conversation between her and a class teacher who suggested that it might be best to remove a young boy with autism, who could be “difficult”, from the class in order to minimise disruption. Vivian declined, saying that if he was usually part of the class, he should stay.

The boy proceeded to roll around the stage playing with plastic animals, whilst others in the class continued with their acting. When he brought these animals to Vivian’s feet, her attention moved entirely to him, watching the way he played, un-invasively dictating and transcribing his story.

I’ve received similar questions in sessions myself, and they’re always asked with the best of intentions. Interruptions however, are the lifeblood of any classroom – and how we deal with them sets out the morality of our work.

In one reception class, after weeks of watching Helicopter Stories, we observed a selectively mute girl simply whisper the word ‘princess’. That’s the secret to the approach – there’s no pressure placed on the children. It’s an activity in which they cannot fail. All pupils can contribute a story, but if they’d rather not, they can still be involved through acting for their classmates’ stories, or by listening to the tales of others.

Every child is different and brings value to the world in their own way. By respecting their perspective, we show that we understand them and that they are valued, thus inspiring their self-confidence and helping to foster their willingness to participate in activities.

For children with language difficulties, Helicopter Stories can tell practitioners just as much about a child as their verbal communication skills. Young children don’t learn to speak through repetition of words, but through immersing themselves completely in the language. Story acting allows pupils to create a story with a clear theme, narrative and resolution, without necessarily having to use any words.

I’ve previously observed one boy in Tower Hamlets vocalise an entire story about a car that drove too fast and crashed, using sounds like ‘Brrrrrrrm’ and ‘Eeeeeeeeeeeek’ which I attempted to scribe exactly and repeated alongside his on-stage movements. The pupils watching were captivated, gasping at the dramatic conclusion and applauding him.

In the digital age, how often do children see adults writing, rather than typing? By allowing children to watch as their stories are transcribed, they can see the beauty of writing, as well as how words connect to speech. Helicopter Stories can boost confidence in literacy and improve vocabulary skills, often leading to an enthusiasm for writing.

Many teachers say that as time goes on, the children’s stories become more descriptive, drawing upon other pupils’ ideas and adapting them into more complex performances.

The Helicopter Stories approach can help to develop a sense of community in the classroom, so that the experiences and needs of all the children are understood and valued. High-achieving pupils can exercise their creativity, while children with language or learning difficulties can work alongside them in an inclusive environment. Pupils’ words are respected by the group, and no child is made to feel judged.

It also help to create a safe space in which children can address issues in their own lives. At Chisenhale Primary (one of four certified MakeBelieve Arts Helicopter Stories Centres of Excellence), one of the pupils had recently left for Australia. The issue hadn’t really been discussed until one girl took to the stage with the words, “This story is a little bit sad”. She went on tell the tale of a girl named Daisy who had moved away, and put herself into the story, explaining her feelings. It was her way of saying ‘I miss my friend. I hope she comes back.’

On stage, children can express negative emotions such as sadness or anger in a way that helps them to process upsetting events and experiences. Anything distressing can be presented playfully, informing the teacher about what is troubling the pupil. Resolutions can then be found by working through the scene.

Every child has the chance to shine with Helicopter Stories. Even quiet and shy children clamour to share their ideas and deepest thoughts. A Helicopter Stories environment is one where children’s gifts are recognised, where the the whole group can be brought together – and where the creativity of all pupils can be nurtured.

Helicopter Stories can unlock children’s voices and set their imagination free, helping them to grow.

Reassess assessment in KS3 and KS4 with help from the experts.

Lancashire
£ £24,373 to £35,971 per year
Events & Operations Co-ordinator based at Harrogate Grammar School

Understanding how different kinds of averages are calculated and behave is an important skill, says Colin Foster…

In this lesson, students tackle a statistical puzzle which forces them to adjust some numbers to...

This week’s activities focus on the news that on 13 January, the Queen announced she would allow Prince Harry and his wife Meghan Markle to reduce their royal responsibilities.

How to engage every pupil

What engages one child might be different to the next but there are ways to...

Jacqueline Wilson – Everybody has one special teacher they remember fondly

Beloved author, Jacqueline Wilson, recalls how good teaching and a love of stories helped her...

Concept-based learning can put creative thinking into the curriculum

Throw the right kind of spanner into the works with concept-based learning, says Jonathan Lear...

The relationships you’ll have with parents aren’t so different from those you establish with pupils, says... 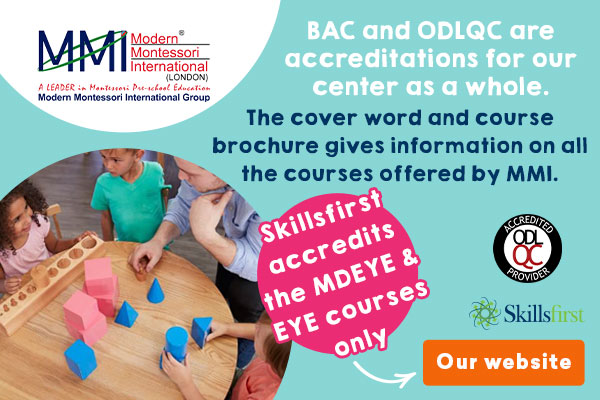