back to Maths hub

It’s a cautious ‘yes’ to many of the ideas in the new non-statutory guidelines, says Mike Askew, but there are also some issues to iron out…

By the time you read this, the 2020 winter holidays will be over, but I’m writing this before they’ve begun.

A fond memory of Christmases past is opening up the Quality Street tin, rummaging out the ‘purple one’, risking fillings on the toffee disc and, come January, forlornly eyeing up the remaining couple of melted strawberry creams.

I experienced similar emotions rootling round the new non-statutory guidance (NSG) for primary maths that was published in the summer of 2020.

At over 300 pages it certainly is a jumbo pack, and as I read it I found, like that tin of sweets, things that provoked me to think, “Yes, I like that” and others where I wondered, “Why did they put that in?”. 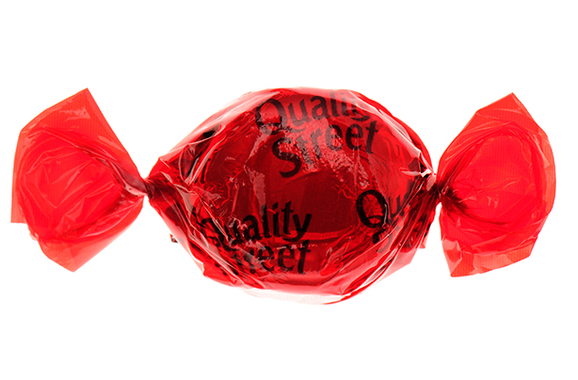 So, in the full knowledge that, whether it be chocolates or learning outcomes, one person’s favourite is another’s least favourite, here are some thoughts on the opportunities that the NSG provides, but also some of the questions and issues that I think it raises.

Consistent use of representations

A key message in the NSG is the encouragement of the use of a core set of representations, through and across the years of schooling. This is an important step in bringing coherence and continuity to teaching and learning maths.

While there is plenty of advice around on the importance of the concrete, pictorial and abstract (CPA), there is less consensus on exactly what concrete and pictorial images might be the most helpful in supporting learning.

A particular strength of the NSG is making clear that children need to experience number both in the cardinal sense (putting out counters into tens frames, for example) and also in the ordinal sense (positioning numbers on a number line).

The former is, helpfully, extended beyond small numbers: by putting place value counters into tens frames, children’s understanding of the underlying structure of our place value system should be strengthened.

Just as one full tens frame and one with eight spaces filled can be described as ‘one ten and eight ones’, by replacing ones counters with tens or hundreds, the resulting ‘one hundred and eight tens’ and ‘one thousand and eight hundreds’ helps show the ‘scaling up by ten’ nature of place value.

Extending number lines to include fractions has been shown to help children understand fractions as numbers in their own right; numbers that just happen to ‘sit between’ whole numbers, so it is good to see this in the NSG.

The importance of language

It’s the conversation about what they did and, more importantly, inviting learners to reflect on what they did with the C, P or A that brings maths, and its learning, into being.

Taking the ten-frame examples above, asking questions like, “What is the same and what is different if you change the ones counters for tens counters?” is what provokes learning, not the actual activity of putting counters into frames.

Being asked, “What would happen if you swapped all the ones counters for zero point ones counters?” will help children generalise the underlying structure and further develop their mathematical thinking.

The NSG’s focus on the importance of the correct and accurate use of language is thus a welcome addition to the emphasis on consistent representations.

I also welcome the emphasis the NSG places on the importance of making connections within and across maths. It makes some helpful adjustments to where ideas are currently located in the national curriculum so that connections are made clearer.

For instance, the national curriculum has decimal fractions in the fractions strand of the curriculum but, as the NSG suggests, these are better taught as an extension of place value rather than as a specific type of fraction.

This links to an important connection that the NSG only explicitly mentions with regard to Y6 but which children can be thinking about sooner. This is the understanding that two numbers can be related additively or multiplicatively.

Traditionally we tend to focus more on the additive relationship between numbers, but there is research evidence that an early focus on the multiplicative relationship deepens children’s understanding, particularly of fractions.

Because a lot of KS1 experiences are often based in counting, it can seem that the additive connection is easier for children to understand, but practical activities involving measuring bring the multiplicative connection into the conversation.

When children explore how a jug of water can fill four cups, they soon talk about the jug being four times as large as a cup, and the cup being a quarter of the size of jug.

Representations, language and making connections could be considered as good practice that many schools already have in place, so the thing that is most ‘new’ in the NSG is the setting out of ‘ready-to-progress’ criteria, which are, in the words of the document, “the most important conceptual knowledge and understanding that pupils need” as they progress from Y1 to Y6.

I think it’s valuable to think about learning maths not as a discrete set of outcomes for each year, but as a continuum of learning in which later learning is built on secure understanding of earlier knowledge.

While it is doubtlessly valuable that the NSG has opened this up, this is also the part of the document that I think raises issues that need thinking about.

Firstly, what is considered “the most important conceptual knowledge and understanding”? What is it that we want children to progress towards? The NSG clearly states that it is not attempting to cover the whole of the primary maths curriculum, only those “areas that have been identified as a priority”.

It does not, however, set out how such priority areas were identified, so the clue to exactly what these priorities are lies in the choice of these ready-to-progress criteria.

Looking across these criteria, I get the distinct impression that fluency in standard formal written methods is one of these priority areas. For instance, one of the ready-to-progress criteria for Y3 is to be able to “add and subtract up to three-digit numbers using columnar methods.”

This is an expectation of the national curriculum, so its inclusion is understandable. What is perhaps surprising is that there are then no stated ready-to-progress criteria for Y4 or 5 in addition and subtraction at all.

The curriculum in Y4 states in the objectives that the column method should be used “where appropriate” and Y5 has an explicit objective that children should be taught to “add and subtract numbers mentally with increasingly large numbers”. So formal methods are prioritised, but mental methods are not.

Similarly, the ready-to-progress criteria for Y5 focuses on multiplying and dividing whole numbers with up to four digits by any one-digit number using formal written methods.

Again, while this is in the national curriculum, why is there not equal emphasis on the Y5 curriculum objective of “multiply and divide numbers mentally drawing upon known facts”?

Anyone favouring a ‘back-to-basics’ arithmetic curriculum will probably favour the prioritising of formal methods, but anyone questioning whether teaching children to do what they will ultimately do on a mobile phone is the best use of schooling will do well to remember that the national curriculum sets out the statutory requirements of what children should learn, and the NSG is, as it says on the tin, both non-statutory and only guidance.

Another issue about ready-to-progress criteria is the possible unintended consequences of this choice of language. The acknowledgement of contributors to the NSG reveals the strong influence of the UK-Shanghai teacher exchange programme.

It’s worth noting the culture of teaching and learning in Shanghai supports children in largely progressing at a similar pace. If children appear to have not kept up in the lesson, they may have an afternoon session with the teacher, plus there’s often further support at home from parents, grandparents and tutors.

That is a very different culture from the one in England, and too much emphasis on whether or not a child is ‘ready to progress’ could, I fear, lead to a repetition of the history of teaching for mastery in the USA in the seventies.

It was acknowledged there that the rates at which children make progress do differ but, in attempts to help classes progress reasonably together, teachers resorted to providing ‘holding tasks’ for some children until their peers caught up.

Parents, however, were not happy if their child wasn’t ‘stretched’ and the idea fell out of favour, with schools reverting to their previous practices of in-class groupings and between-class setting.

It would be a pity if the strides that have been made towards mastery of mathematics as an entitlement for most children were undone by the notion of ‘ready-to-progress’ bringing back ‘ability groups’, even if that were not the intention.

Finally, for a non-statutory document, I find the overall tone of the document rather dogmatic.

For example, there are over 200 “musts” set out. Most of these apply to children, for example, “Pupils must have automatic recall of multiplication facts and related division facts”, but teachers are not exempt either: “Teachers must listen to each pupil count”.

In contrast, despite one of the stated aims of the national curriculum being to reason mathematically “by following a line of enquiry, conjecturing relationships and generalisations”, the NSG makes no mention whatsoever of ‘conjectures’ or ‘conjecturing’.

Sadly, by the end of the document I came away with little sense of any joy in the learning (or teaching) of maths. Experiences such as coming up with a generalisation, conjecturing whether or not it might always be true and then testing that out is the lifeblood of doing mathematics.

So it’s a cautious ‘yes’ to many of the ideas in the NSG, but a plea to remember that there’s a richness of other mathematics in the national curriculum that still must be attended to.

Mike Askew is adjunct professor of education at Monash University, Melbourne and a freelance primary maths consultant. Visit his website at mikeaskew.net and follow him on Twitter at @mikeaskew26.