ADHD Behaviour Management – What to do, and What Not to do When they Disrupt your Lesson

A child with ADHD is derailing your carefully prepared plan for the lesson – so how should you respond?

You know the feeling. You’re standing in front of a class ready to deliver a lesson having had a flash of pedagogical inspiration that woke you up at 3am. You’re pretty sure that this is going to be one of the greatest lessons that world has ever witnessed. The printed out plan is laid neatly on your desk. The resources are ready. The children are sat in silent anticipation.

And then you hear it. The tapping of a pencil, maybe a whisper. It quickly grows to a crescendo of inflammatory comments aimed not at you, but perhaps even worse, at your precious lesson. Your TA scrambles to restore order, but it’s too late.

You look on in horror as the children’s heads begin to oscillate, switching between you and the source of the disruption. Everyone’s wondering the same thing – how are you going to respond?

How could you not have foreseen this? So excited were you by the thought of the lesson that you overlooked the one factor which could bring the whole operation crashing down. The child with ADHD.

Admittedly, I’m being a tad facetious, but I think it’s fair to say that the vast majority of us have at one time experienced significant disruption to lessons which, at least on paper, seemed destined to deliver outstanding learning.

I’d go a step further and ask – while accepting that this may sound controversial – who hasn’t felt that visceral pang of reservation upon seeing those four little letters, ‘ADHD’, on the statement or EHCP of a child they’re due to teach?

Let’s begin by stressing that ADHD is massively misunderstood, even in its conception as a single diagnosis. The term ‘attention deficit hyperactivity disorder’ is actually an umbrella term that can be better understood when broken down into three categories.

‘Primarily-inattentive’ (ADHD I) is where the child has difficulty with engagement, but isn’t significantly affected by impulsivity or hyperactivity.

Then there’s ‘Hyperactive impulsive’ (ADHD H/I), wherein the child shows significant signs of hyperactivity, such as struggling to sit still, and impulsivity, such as failing to self-regulate inappropriate or dangerous behaviours. The third category, ‘Combined presentation’ (ADHD C), is a combination of the preceding two.

As with any type of special educational need, the more informed you are as an educator as to how ADHD affects individual children, the better.

It’s not good enough to simply approach the issue with an attitude of “I’ve worked with ADHD in the past and therefore know what I am doing,” when the same diagnosis can present in different ways.

What we can do, however, is consider some practical strategies recognised as being effective in supporting pupils with ADHD and build a strategy bank.

Your first consideration when working with a child who has ADHD should be seating. Find a space in the room that doesn’t offer the pupil an audience (perhaps near the front or to one side, where other pupils won’t be facing them) and sit them near to pupils who offer positive role-modelling.

The child may further benefit from being seated in an area that other pupils won’t need to walk through during the lesson, thus limiting distractions and opportunities for them to draw reactions from their peers.

Now, I’ve been guilty in the past of taking what seems like the obvious step of simply sitting a child with ADHD next to a member of support staff. “Any disruption,” I would instruct my TA, “and just take them for a walk”.

On reflection, that now makes me shudder. If the 2013 Blatchford report has taught us anything, it’s that annexing off an individual pupil with support staff will likely have an adverse effect on their social and academic attainment.

No one’s denying that some pupils will require one-to-one support to engage in learning, but simply sitting the ADHD pupil beside a TA in order to minimise disruption could do more harm than good.

Why is that? The answer involves considering the wide range of social factors that soon come into play, due to the disrupted social and emotional development experienced by children with ADHD. Significantly, pupils with ADHD are far more likely to develop an atypical attachment style than their peers.

With that in mind, think about how sitting that child next to an adult and cutting them off from the perceived safety of their peer group might affect their engagement.

Other considerations might involve the increased likelihood of the child with ADHD having a sensory processing disorder. As such, I recommend using visual learning aids, including gestural language, as part of the lesson, in addition to resources specifically crafted as behaviour strategies.

Visual behaviour charts with a small number of individual targets, sand timers and visual ‘now and next’ boards can be used to keep pupils with ADHD on task for increasing amounts of time by offering rewards for meeting certain criteria. You’ll want to keep these learning tasks short to begin with, before extending them across the year.

A phrase I often use with my team is ‘consequences without conflict’ – the child needs to know that any disruptions to a lesson won’t be tolerated, and that as such, there’ll be consequences. These consequences, however, shouldn’t involve the pupil being challenged.

After all, you could be dealing with an attachment issue and/or a child who perceives any challenge, academic or otherwise, as a direct threat to their emotional or physical wellbeing.

Instead, I employ the very simple tactic of keeping a small red box beside my whiteboard. In the event of any disruption, I simply make sure the child sees me adding their name to that box.

That’s the warning. For every disruption thereafter, a line is added to the child’s name, representing a sanction of some kind, be it minutes taken off their break time or limits on their time at the computer. There’s no direct conflict or challenge; just consequence.

This should allow you to keep your language positive at all times and help facilitate using the language of choice, whereby the pupil is reminded that once they’ve completed task X they’ll receive reward Y.

Ultimately, where children with ADHD are being challenged to develop, one can never eradicate disruptions from lessons completely.

An understanding of how the disorder manifests in individual children, and the ability to plan appropriately around the potential for disruption, will be your most effective tools for maximising learning potential for all the students in your class.

And the next time you see those four little letters, you’ll be prepared to meet whatever challenges might arise.

Dane Norris is a primary teacher specialising in SEN. 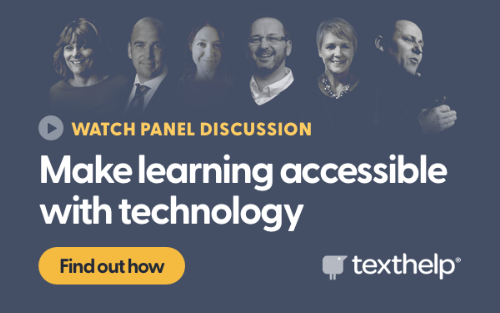