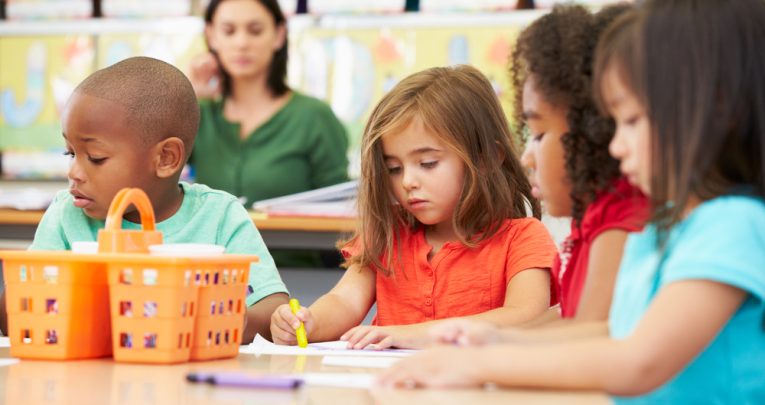 A new report out today suggests that a significant proportion of teachers take a dim view of the recently introduced Reception baseline assessment (BA) – with just 7.7% of respondents considering it to be an accurate and fair way of assessing children. Commissioned by the NUT and ATL unions and carried out by the UCL […]

A new report out today suggests that a significant proportion of teachers take a dim view of the recently introduced Reception baseline assessment (BA) – with just 7.7% of respondents considering it to be an accurate and fair way of assessing children.

Commissioned by the NUT and ATL unions and carried out by the UCL Institute of Education, the research drew on five anonymised school case studies (in London, the North, South England, the South West and West Midlands) and an online survey completed by 1,131 teachers, leaders and support staff.

First introduced in September 2015, BA is conducted among 4- and 5-year-olds within the first few weeks of them entering Reception. Using short-term observation or computer-based assessments from one of three providers (Early Excellence, CEM and NFER), the BA process assigns children a single score, against which they will be measured at the end of Y6 in order to gauge the progress they’ve made throughout primary school. It is not mandatory for schools to adopt BA, but as of September 2016, it will be the only way for schools to demonstrate ‘value added’ officially recognised by the DfE.

Commenting the findings, NUT general secretary Christine Blower describes BA as “Part of a punitive system used to deprofessionalise and demoralise teachers and punish schools,” adding that, “It is not about supporting education, and has no place in our schools.”

So what are the issues?

1. The accuracy of BA data Dr Guy Roberts-Holmes, one of the report’s co-authors, criticises BA for how it poses questions with binary answers in order in generate its single digit scores – which he argues has the effect of boiling a complex learning process down to a more crude, less nuanced measure.

That seemed to be borne out by teachers’ responses to the statement, ‘Scores obtained by the baseline assessment are an accurate reflection of children’s attainment at this stage’. Among users of the most popular assessment (Early Excellence, used by 78% of all respondents), only 28% agreed, with 9% not sure.

Roberts-Holmes also makes the point that while Early Excellence is based on observation, the computer-based assessments provided by CEM and NFER were as likely to register lucky guesses as they were accurate assessments. According to one CEM user quoted in the report, “Baseline assessment is the biggest farce I have undertaken during my entire teaching career, the potential for children to guess at answers or to misinterpret things is too vast to give a clear representation of where children are at.”

2. One size doesn’t fit all Related to the accuracy issue is the challenge presented by diverse mix of ability typically exhibited by Reception cohorts at the start of the year. Some will have attended playgroups or nurseries while others won’t, and some will barely be able to read – complicating matters if they’re expected to take a computerised test.

Among those surveyed, 71% stated that their schools already had systems in place to assess children upon entry into Reception – many making use of the EYFS Development Matters criteria – in order to gather information and identify any additional needs.

3. Increased workload for Reception teachers On the question of whether the introduction of BA had increased their workload, 49.1% of respondents agreed strongly – and 32.5% a little – that it had, regardless of which of the three assessments they used.

The researchers also heard from a significant proportion of teachers who had continued to use the existing EYFS Profile assessment (due to become optional from September this year) in addition to BA, to help measure children’s progress throughout the reception year.

4. The timing 17.1% of the survey’s respondents believed that BA was undertaken at at an appropriate time in the school, while 59% agreed with the proposition that BA had disrupted their children’s initial period of schooling.

The comments received were mixed. A member of staff at ‘School D’ of the case study locations (all of whom opted for the Educating Excellence assessment) is quoted in the report as saying “I think with this Baseline it was our ethos of what we wanted to do – I haven’t really changed my practice… I think if we had gone with a different provider, it would have made a huge difference.”

In contrast, a teacher at ‘School A’ recalled that, “We have stopped teaching. Normally we would do very gently settling in, rules, all of that. Then we would start with some of the more formal teaching activities, you know, a little bit of phonics – but we we have held back because we don’t want to influence judgements.”

The view was also expressed that formally testing four-year-olds was developmentally inappropriate. As a teacher at School D put it, “I did have children that were crying, and I just couldn’t get anything out of them at all… I know they said you only assess them when they are ready, but some children – well, you got to the point where you had to assess them because it had to be done whether they were ready or not.”

5. The financial costs The report highlights concern among teachers and leaders regarding the expense of BA, with comments from the survey and case studies citing attendant costs of £420 for a one-day training course, to £800 for four days of supply cover.

Added this was caution at the involvement of private providers. As noted by the report’s authors, when the government carried out a consultation on BA in 2013, 73% of respondents stated ‘no’ when asked if schools should be able to choose their assessments from a range of commercial providers.

The conclusion reached by the research team can perhaps be summed up in the following quote from the survey: “It would be relatively simple to provide accurate teacher judgements after the children have been in school for a full half term… This would not require paying companies that have very different assessments monies that could go directly into schools to benefit children in need of extra support.”

6. It doesn’t take additional needs into account Finally, doubts were expressed by respondents over the suitability of BA for identifying the needs of SEN children, with just 3.9% strongly believing that it would, versus 51.1% firmly of the belief that it wouldn’t. Some parents were meanwhile wary at the impact BA could have on summer-born children, and the possibility that some schools may use BA scores to group pupils according to ability early on.

As noted by the headteacher of ‘School A’, growing awareness of BA among parents also had the potential to make EYFS to KS1 attainment gaps more pronounced: “If parents pick up on the fact that this is happening every year, there is the likelihood that some parents will be spending the whole summer holidays teaching – getting hold of this baseline assessment, looking at the criteria. Because there is this natural need for your child to pass tests, you will be coaching them to pass the test. Other parents won’t, so that is not a narrowing of the gap; that is an immediate widening of the gap that we already have.”