The Romans knew all about the basics of digital images – they are famous for it!

If you want to create a digital version of an image you need to come up with a representation. The first thing to realise is that you need a representation that splits up the image (decomposes in computational thinking terms) into lots of smaller parts – pixels.

The Romans are famous for their intricately decorated floors. They were mosaics, and what is a mosaic? It is just a grid of pixels.

We use numbers for pixels in a digital image. The Romans used tiles. Each tile placed in the mosaic is a single colour. Put lots of tiles together and you can make a picture of anything you like – the gods perhaps.

In fact mosaics date back to much earlier than the Romans – the earliest date back as far as the 3rd millennium BC in Mesopotamia.

Of course the Romans didn’t always stick to rectangular grids and square tiles, though with small enough tiles they could have done!

The Romans realised this and started making what were called tesserae: tiny cube shaped tiles of stone or later glass. They realised that a mosaic made of really small tesserae they could create really detailed pictures. They had invented the high-resolution image!

The Romans were masters of the fundamentals of digital images! 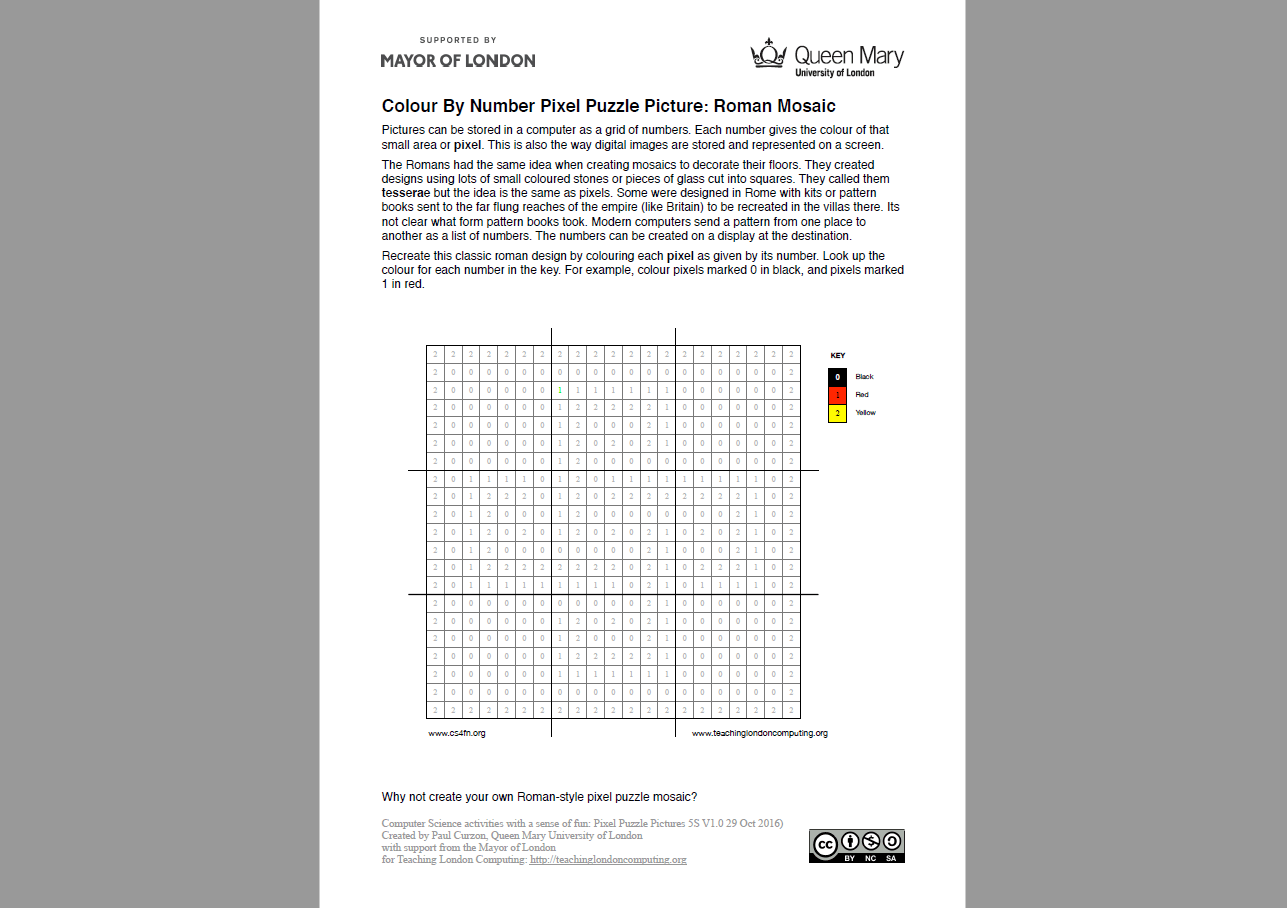