by The Poetry Society

This resource looks at the work of two poets, Hollie McNish and Alfred, Lord Tennyson. It is designed to support the filmed performances available at poetrysociety.org.uk/education/page-fright.

Before you try the activities here, watch the films and explore the information provided alongside them.

By exploring the Page Fright webpages you will see how contemporary spoken word artists continue to be inspired by historical writers and how the same themes can prompt very different responses and very different poems.

Hollie McNish is a spoken word artist and former UK slam champion who has released a number of poetry books and spoken word albums. Alfred, Lord Tennyson was writing through the middle of the nineteenth century. He was appointed as Poet Laureate in 1850, succeeding William Wordsworth.

Both poems explored here focus on current affairs, and were written in response to events unfolding in the media at the time.

These exercises will help you explore poetic techniques and will guide you through writing your own poems inspired by the themes, form and style of McNish and Tennyson. 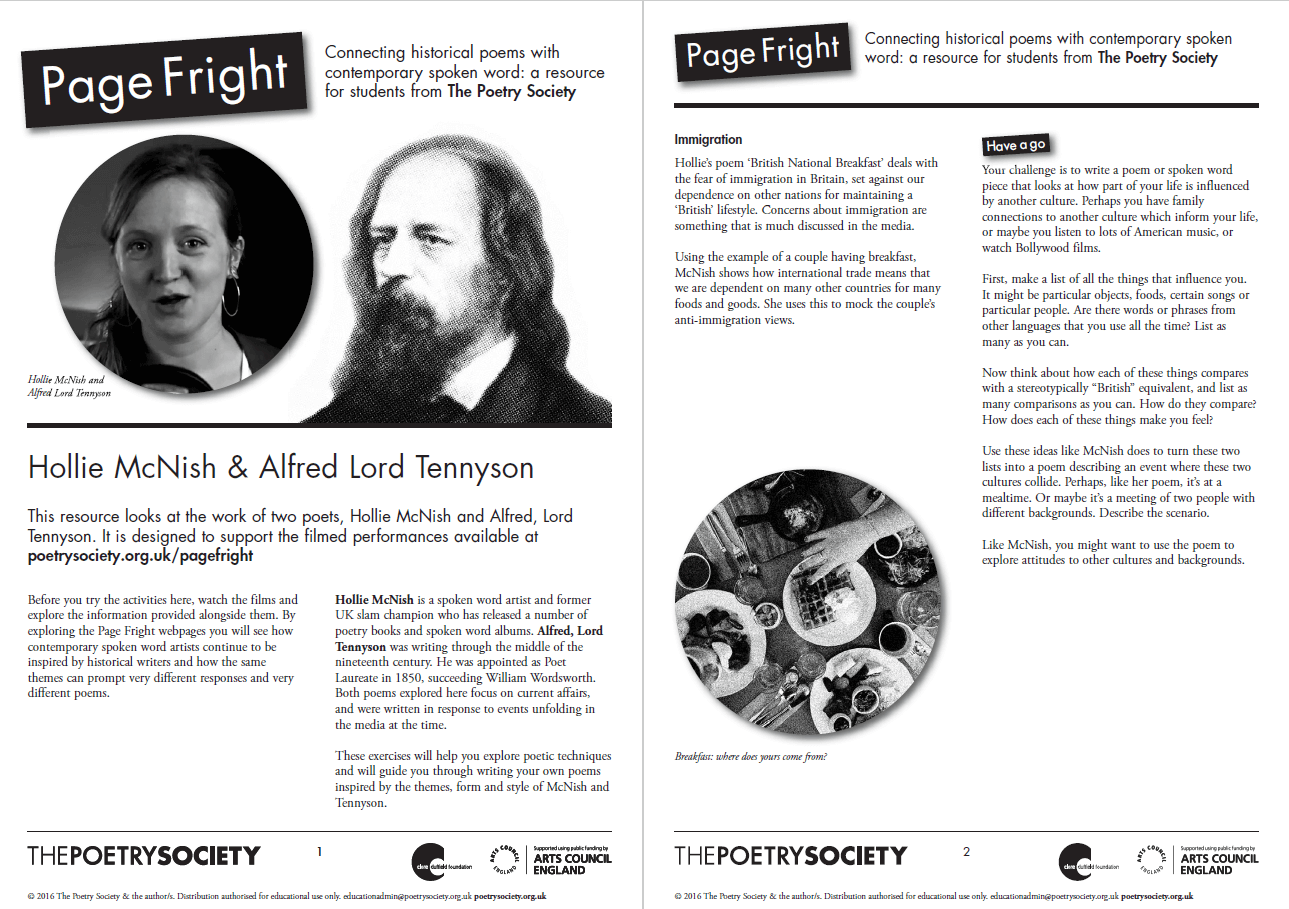