When children are struggling to get their thoughts down on the page, a little structure can work wonders, says Rachel Clarke…

Whichever type of writing I’m doing, it’s the getting started that’s the hardest thing to do. This is why writing templates are so very useful. They help inexperienced writers get started and to write for a variety of purposes and audiences.

Of the six writing templates I’ve prepared here, two are suitable for use in KS1, two for lower KS2 and two for upper KS2. And because not all children are the same, three of these templates (one for each age-group) are differentiated.

1 | Passing Through the Portal

Y5 and Y6 When the Pevensey children discovered Narnia, they did so by opening the door of the wardrobe. Similarly, Alice stole her first glimpse of Wonderland after falling down the rabbit hole and peering through the keyhole. Doors and portals are frequently used to structure fantasy stories, making them useful devices for KS2 descriptive writing.

When it comes to describing what is on the other side, most children benefit from working as a class or group to examine images of settings and brainstorming descriptive phrases about them. Once they’ve done this, they’re ready to invent their own settings.

Y5 and Y6 Using a ‘magnifying glass’ to analyse text is a pupil-friendly way to promote close reading skills. If you’ve not followed the structure of this type of activity before, it’s a technique that promotes deeper understand of text through re-reading.

On the first reading, pupils are encouraged to articulate what the text is about and to notice its organisational features. They’re then directed to read the text again; this time noticing the author’s use of words and phrases and the effectiveness of these.

Finally, pupils are asked to read the text a third time; this time taking account of the author’s point of view and commenting on how they connect with the text personally.

Y3 and Y4 To many children, the rules and conventions of direct speech are an unfathomable challenge of where and when to use commas, inverted commas, full stops and capital letters. Enter the humble knock, knock joke.

First off, knock, knock jokes feature two speakers, so there’s no need to contrive an awkward conversation for children to ‘turn into speech’. Secondly, the page layout mirrors the rules of dialogue with a new line for each line of the joke. And thirdly, children like knock, knock jokes.

The resource sheet accompanying this article uses a small-steps approach to slowly scaffold children through the rules and conventions of dialogue. In the first instance pupils are simply asked to rewrite knock, knock jokes in speech bubbles.

Once they’ve got the hang of this, they should then be encouraged to write the name of the speaker and ‘said’ before each speech bubble. The second level asks pupils write each line of the knock, knock joke using inverted commas.

This means learning to use a comma before the closing inverted commas and not capitalising the first word after the inverted commas – unless, of course, it’s a name. So many rules!

Y3 and Y4 Creating characters using the popular Top Trumps format is a useful way to encourage pupils to think beyond the appearance of their characters and whether they’re adventurous, brave, cowardly or cruel, for example, and to consider their feelings, thoughts and motivations.

As we’ve already seen in this article, using and punctuating direct speech is a significant objective for pupils in lower KS2.

By including space to plan what characters say, the Top Trumps Character profile encourages pupils to include direct speech in their narratives and so create characters with physical presence beyond their appearance.

I find it’s always best to model using a planning template such as this one so that pupils know how to get the most from it.

Once I’ve completed a planning profile with pupils, I then model using it to write effective character descriptions, showing how to include aspects of character through my descriptions of actions, thoughts and dialogue.

Y1 and Y2 Writing book reviews enables pupils to offer opinions based on first-hand experiences. Naturally, pupils shouldn’t be expected to review every book they read, but from time to time encouraging them to reflect on their reading is a useful activity.

As pupils are required to offer opinions when reviewing their reading, book reviews provide valuable practice at using the subordinating conjunction ‘because’, which makes them particularly useful teaching tools for meeting the writing requirements of KS1.

Y3 and Y4 Writing opportunities can be stimulated by stories the class have heard, activities that have been shared or by looking at artefacts and images. The paddling pool writing prompt enables children to write from a visual cue.

First off, children should be encouraged to talk about what they can see in the picture. You may need to expand their vocabularies by naming objects such as the hosepipe and the stool.

You may also want to draw on the prior knowledge of children who have played in a paddling pool, sharing their experiences such as splashing in the water, taking care not to slip as they got in and out and shivering if the water felt chilly.

Encourage children to phrase their observations as sentences and model writing these on the flipchart or whiteboard. Now ask children to write about the picture using the keywords to help them where necessary. 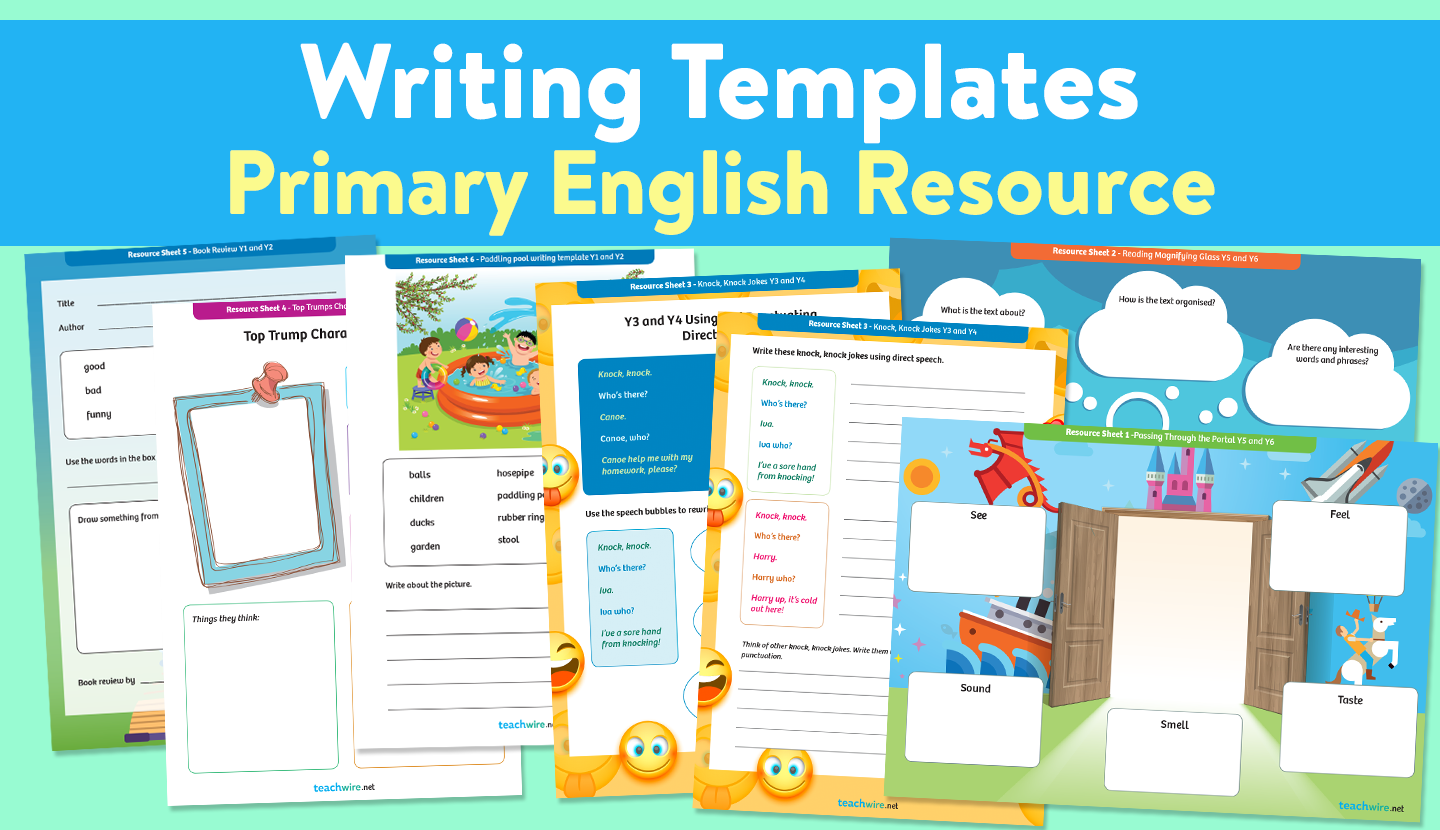