Banning Mobile Phones in Schools is a Necessity 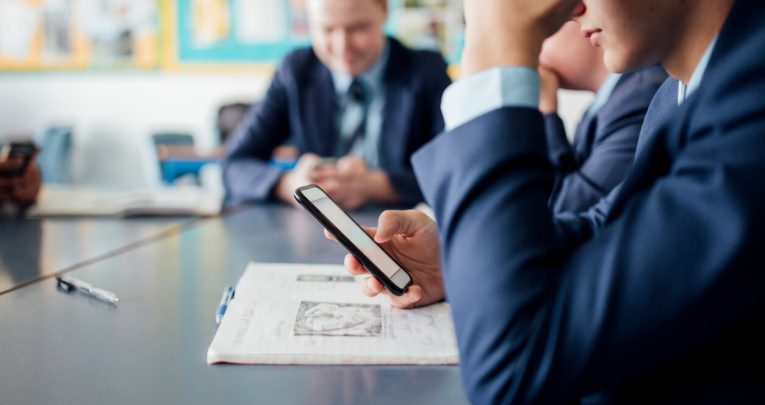 Access to a mobile during the school day is not an essential human right, and kowtowing to disgruntled teens who want to check their social media sends the wrong message, says Edd Williams… 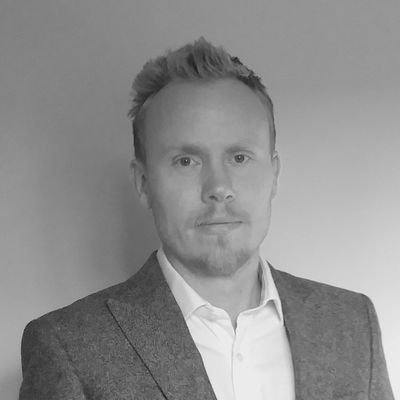 Whilst it is easy for people of my generation to soften the edges of our own schooling, misremembering them as a halcyon time when Dvorak’s ‘New World’ symphony was the soundtrack to innocent skylarking, things have inalterably changed.

I’m no luddite but the ubiquity of technology has had a profound and I believe ultimately damaging effect on subsequent generations.

Yes, technology is good and the great leaps forward have been unarguably beneficial in many, many ways but mobile phones are possibly the most pernicious and evil invention to plague this or any other generation.

Phones themselves are of course harmless and moreover actively useful in so many practical ways but our over-reliance upon them has become unhealthy and frankly baffling.

The fact that Amanda Spielman had to come forward at the recent Education Fest to reassure schools that it was okay to ban mobile phones due to the constant low-level disruption they cause in classes is in itself telling.

There is a hesitance about whether this constitutes denying a student certain civil liberties and when that is a conversation that needs to be raised in Parliament or addressed by Ofsted’s Chief Inspector we know we’ve taken a wrong turn somewhere.

Access to a mobile phone during the school day is not an essential human right and kowtowing to an audience of disgruntled teens who wish to check their social media sends entirely the wrong message.

It is no better than giving validity to the idea that all students should be allowed access to Nintendo DSs or similar.

The arguments regarding the heavy levy that such unfettered access may have on the mental health of those students is compelling and obvious.

There is a constant battle to be seen to be having the best possible version of a life with selfies no longer regarded as a gross epidemic of narcissism but rather an essential part of too many people’s daily routines.

In all these things there will always be winners and losers, you’ll know who they are by the peer system of being able to comment, unchecked, on these photos.

The devastation of not having anyone ‘like’ your post is as damaging as criticism, it’s a zero sum game, no matter what you do, unless you receive ever more virtual love your self worth takes a hit.

If that was the end of it then fine, vanity should be checked, but it’s worse – those photos can form the backbone of a whispering campaign against someone.

In the good old days, something like this would take a while to get around, and by the time it had it was already old news.

With group chat, everyone in a year could conceivably have hold of an unflattering photo of someone that could be shared and reposted on more platforms just for spite.

And before you know it, 100s of students are reminding you that you are unpopular, ugly, stupid, poor, gay, black, and so on and so on.

Whatever doubts you may have about yourself can be amplified, dissected and regurgitated for mass consumption within seconds.

Like the tides, these things may seem to retreat for a while but it’s always out there and will come back, time and again.

Imagine your worst fear, amplify that through the prism of teen angst, and then live with the real prospect of that fear being visited upon you over and over. See how well you sleep.

That doesn’t even take into account the rise of upskirting and downblousing on teachers, an issue that has been on the rise for a while and is a growing concern for the unions.

The proliferation of sexual photos of teenagers that are subject to widespread sharing (which is, for the avoidance of doubt, the distribution of child pornography), the shaming, the ease with which pupils can cyberbully one another from the comfort of their desk. It all amounts to a fairly seedy situation that is hard to defend.

Less sinister, but just as crucial, it is very clear that the over-reliance on phones and technology has actually robbed many students of the necessary skills required to conduct themselves properly in the professional sphere.

Simply put they have lost the art of conversation and without the ability to use emojis it is increasingly hard for them to express themselves.

Working with employers for the last 15 years has shown very clearly a regressive slide in what one would consider fundamental skills.

Students have access to the internet, they are importing digital clocks to help the temporally challenged, they have the ability to write notes on paper, there is no compelling argument that has been put forward that would justify the handheld grenade of a phone during school hours.

As adults we need to stop apologising for what our youth may see as draconian, but what we know to be necessary, for their mental wellbeing, their experience and their futures.

So, while it may not all be Swallows and Amazons any more, we should at least be aiming for more than a thumbs-up emoji.

Edd Williams is an academic and careers consultant at DuartConsultants.com, and author of Is your School Lying to You? Get the Career you Want. Get the Life you Deserve. For more information visit edducan.com or follow @TheEddWilliams.
SHARE THIS resource