Unsocial Media? – Why Your Nursery Must Think Before It Posts

"Some of what I've seen online this year has not reflected our sector's leadership, tolerance and commitment to equality," says James Hempsall

I’ve been thinking a lot about social media in early years recently. Mainly because some of what I’ve seen this year hasn’t been good. Some of it has been unprofessional, disrespectful or unhelpful. It has not presented our sector in the way it should, it has not reflected our leadership, tolerance and commitment to equality.

On reading such material, I often wonder if it would pass the test against the British Values we are tasked with promoting – those standards of mutual respect and tolerance, democracy, rule of law, and individual liberty.

Yes, we all have individual liberty to express our own thoughts, but so do those colleagues who are the focus of criticism. And language choices should always be respectful and tolerant of difference – that certainly is an issue for the law. And as early years leaders and employers we all have a profound responsibility to be advocates of anti-bullying behaviours that support everyone’s self-esteem, wellbeing and safety.

I use social media, Twitter mainly, in a professional capacity to highlight best practice, share news and inform people about what is happening in early years. Across early years settings I’m aware that Facebook has become a popular way of networking and debating between practitioners, and to communicate with parents. Clearly, social media is something increasingly integrated into personal and professional lives.

We usually refer to social media in our child protection training. This is generally around supporting practitioners and leaders to consider the impact of team members using it. The case of Vanessa George is discussed and how social media was used by her and others.

Accepting parents from the setting as friends or followers on platforms like Facebook or Instagram is usually a hot topic. In small communities such friendships either pre-date, or emerge during, a parent’s time using the setting. This is important to contemplate as it is all about the difference between personal and professional boundaries.

In many settings, the position is one of absolute intolerance to such boundary challenges. In others, it’s considered okay as long as there is no discussion about work or the setting. Our usual guidance is that staff should always think, ‘Would I want my manager or a parent to read this – and how would they respond?’

There is no specific reference to social media in the EYFS, probably as it is an emerging issue. Instead, the focus is on limiting mobile telephones and cameras – both devices that are inextricably linked to social media, as they facilitate one’s access to, or the posting of, material for social media.

What may start with a seemingly harmless social media posting may be the start of something more significant, the beginning of a ‘slippery slope’. For young people, there is an emerging body of evidence about the harm thoughtless postings can cause, including mental health issues being increased by social media use, notably from the NSPCC (2016), which found increases in low self-esteem, self-harm, suicidal thoughts and depression.

The pace and range of how such public information can be shared is staggering. Within seconds, your close or even closed contacts can be sharing your postings with their own open groups, and before you know it, your comments and images could be on the device of your employer, parents using your setting, children, work colleagues or even the local media. It is something to be managed very carefully indeed.

London
£ £70 - £85/day depending on experience
VIEW ALL TEACHING JOBS

The Literary Curriculum is a complete, book-based approach to the teaching of primary English. It’s designed for use by individual teachers, whole schools and home educators. It includes...

A school that aims to adopt a culture of mental health and wellbeing will need a whole-school approach. There are many key stakeholders who all need to be involved and...

Colin Foster suggests rethinking the order in which we do things when supporting teachers at...

Edtech procurement – 5 ways to be a better buyer

Ed Fairfield presents a checklist of edtech procurement tasks schools should work through before clicking...

The drive to capture teaching and learning in statistics is causing us to miss hugely...

This time should be about creating opportunities for teachers to reconnect with students and to... 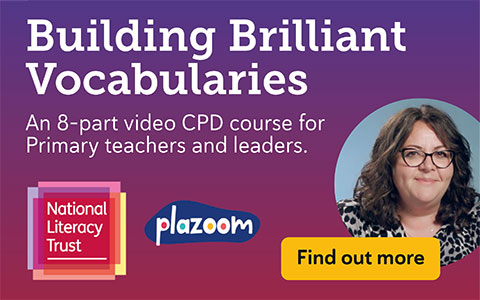