The four phases of the school shutdown

Everyone’s feeling their way through this unique time. Here’s how it’s going for teacher Zak Willis...

A week or so before the big shut down was announced, the trust I work for – which has been, I have to be honest, proactive throughout – asked us to produce a pack of work for children to take home should the shutdown arrive.

Much like the phrasing within the message, at that time I still thought it was a case of ‘if’.

Between the Wednesday evening announcement and the actual closure on Friday, everyone went into overdrive, especially the photocopier.

Saying goodbye to the remaining ten pupils on the Friday was, to say the least, extremely difficult.

Email accounts for parents and children to communicate with staff directly were hastily created and repeatedly tested, work packs bundled together and tearful goodbyes exchanged.

And there we were. Somewhere none of us have ever been, or ever counted on being.

I have little doubt that this experience will come as no surprise for many of you, and that you could all share such stories.

What I wanted to share here is our breakneck journey through providing education in this completely different landscape.

Between the announcement and closure, our academy was in a state of frenetic energy, as families started to come and collect work.

Some of my colleagues were in isolation, so were researching and collating effective sources of work and activity on the internet, supporting us in creating our content.

As well as setting and producing work, we also started providing packed lunches for FSM pupils not in school, so were ferrying these around.

Although I don’t see any other way we could’ve done it, it did feel at the time that we were racing to stay ahead of a curve no one could see.

Although I would’ve done some things differently, I’m quite proud of what we managed to achieve in that time.

And then it all went quiet.

There I was, at my kitchen table on Monday morning, email ready and waiting to provide work and support, and then – nothing.

I sat watching a page that never seemed to alter, almost desperate for messages to flood in.

However, we as a professional group spent the time wisely, sorting and preparing materials, downloading suitable tasks and topics, and generally feeling our way tentatively into this new way of working.

Some of my more internet-savvy colleagues pointed us in the direction of some good sources of learning activities, hastily but well prepared by publishers who could see which way it was going.

Then, eventually, starting with a trickle, the emails started to arrive.

Queries about log-ins and passwords paved the way for questions about specific tasks set in the original pack, and little by little, thankfully, the dialogue started to grow.

As we entered the second week, the decision was made to start using Facebook, as it was the media through which the vast majority of our parents and community communicate.

Each year group was to set up a page, and ongoing work could be delivered through this.

Parents could then directly communicate with teachers on this format. Teachers could film videos and prepare slides to interact with pupils.

It feels like we’re approaching a happy medium through which we can face the coming weeks.

Most importantly, communication has increased tenfold, with parents sending photos of children’s work for us to see or give emoji-based feedback (I’m a complete novice, as you can tell), and asking questions about how to support and promote working and learning habits.

It now feels, with the direct emails, dedicated Facebook pages and an ever-growing dialogue, that we have the beginnings of a platform on which we can build something that – fingers crossed – resembles learning.

What I do know is this: the path through the woods is still uncertain, but I do feel the clouds are lifting, and that we will start to plot a course which will ultimately lead us to clarity – whatever that may eventually look like.

I think the main thing is to remain optimistic and, as we continue to communicate with our families, to project and share that positivity.

After all, once again, our profession has much of which it can be rightly proud.

Zak Willis teaches at a school in south Bristol. Find him on Twitter at @willis_zak.

What is a verb? – Primary grammar worksheets and resources for KS1 and KS2 English

It's not quite as simple as 'doing words', but these activities for Years 1 through... 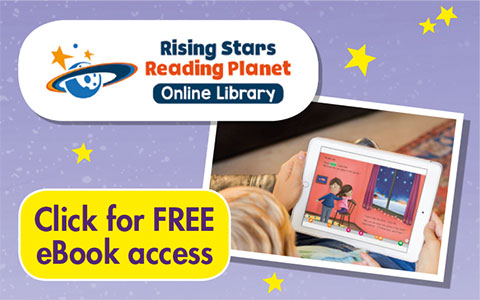