Should we be teaching children to ‘get it wrong’?

Natasha Dennis and Tonya Meers, co-founders of Little Creative Days, question the wisdom of expecting children to be right first time when they hand in a piece of work…

A couple of years ago we were at the Bath Children’s Literature Festival attending a workshop given by Seven Stories. One of the exhibits they had on display was a mind map created by the writer David Almond – a tatty A3 sheet of scribbles that went on to became a prizewinning novel.

Starting with that mind map, he created many versions of his story. After writing the first few chapters he edited them, then others edited them. He wrote the chapters again, followed by subsequent chapters, and kept on editing as he went. What he didn’t do was take a blank sheet of paper and write perfect prose straight off.

‘Edit, edit and edit some more’
It’s the same with us. Our latest story, Pojo’s Roman Conquest, was completely rewritten three times until we were happy with it. Whether it’s writing a story or designing a puppet, we don’t expect to get perfect results first time, but each revision gets us closer to what we want to achieve.

We recently visited a school to support a writing competition based on one of our stories. We spoke to the children about the process of writing a story and broke it down into seven steps. Step 7 was ‘Edit, edit and edit some more,’ – yet this notion was completely new to them. When I told them we might do six or seven revisions of a story, they seemed surprised.

It’s the same for any creative endeavour, as well as in life. When one of us worked in IT, we would design a solution, prototype it and test it before writing the main solution. It would then be tested again, and we would keep making changes until it was finalised. Architects go through something similar. They’ll design a building, build a model and refine the design many times before the foundations are dug.

We learn more from our failures than our successes. So why is it that when we set a task for children to hand in, the process stops at the marking?

The right way to get things wrong
Remember the saying, ‘If at first you don’t succeed try try and try again’. We need to set an expectation among children that what they are working is not going to be right first time, and that they are going to keep improving it.

When setting a task, give your pupils time to plan what they want to achieve and what their solution is going to look like. This could involve one or more of the following:

• Building a prototype (not necessarily using the final materials, more to try things out)
• Creating a mind map
• Drawing a plan to show what parts the solution has
• Making a story map or cartoon, showing how one part leads to another
• Drawing a timeline

Next, allocate time for pupils to critically evaluate their own and each other’s work. Give them pointers on giving and receiving feedback and asking critical questions, such as:

Edit iteratively
The creative process is similar to conducting an experiment, with the premise for a story or work of art in place of a scientific problem. We plan out whatever it is we’re creating, in the same way that someone might design an experiment. We create and edit iteratively, just as a scientist might look at their results, go back and make changes.

By making time for creative activities, we’re able to teach children skills they can use across all subjects. We should not be afraid to let children get it wrong – it’s how they develop and continue to learn, and will set them up for life.

Natasha Dennis and Tonya Meers run Little Creative Days – a producer of puppet-making kits based on stories written around KS1 and KS2 curriculum topics. For more information and details of their creative literacy training and storytelling sessions for schools, contact 01488 468 901 or visit www.littlecreativedays.co.uk.

A downloadable PDF of worksheets for bridge building activities in KS1 and KS2.

This activity, suitable for KS1-KS3, involves identifying key facts about the planets in our solar system and will develop pupils’ listening skills, as well as getting them moving. The four-page PDF...

‘Thanks, miss’ – Gratitude as a teaching tool

Julia Knight explains how expressions of gratitude in different contexts around your school can increase...

Paul Dix highlights the complex issues surrounding considerations of when staff should restrain pupils and...

Why we need a better post-maternity process for teachers 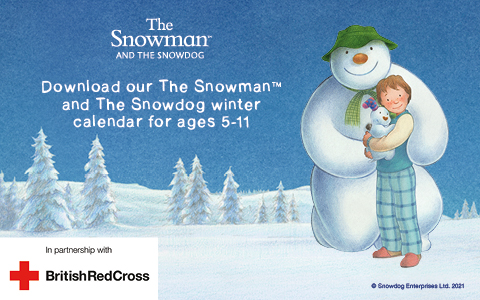