School leadership – Who would want to be a headteacher right now? 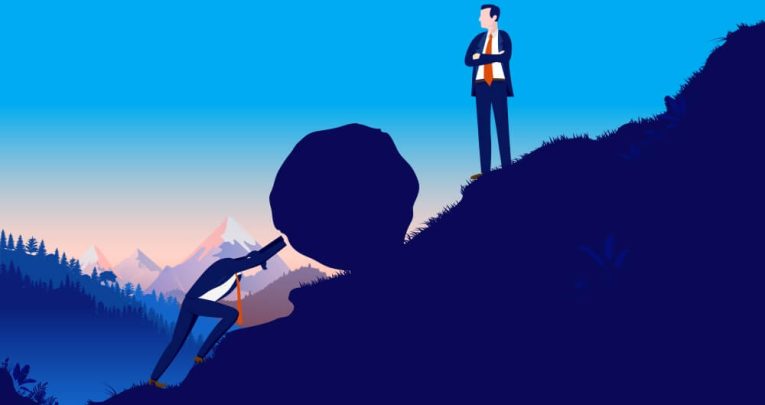 The difficulties headteachers have had to contend with in the face of COVID-19 should result in a dramatic reappraisal of the expectations and demands currently placed on school leaders, says Melissa Benn…

With all the terrible uncertainty over school closures, online learning, assessment and exams since last March, there can’t be many of us who won’t have asked ourselves, ‘Just who would want to be headteacher right now…?’

That feeling surely extends beyond just the past year of crisis. School leadership has felt like a tough job for a long time now – certainly for at least the past 10 years of severe budget cuts, summary inspections and constant top-down reforms.

And yet, after talking with a number of headteachers in recent weeks, I’m left with a more complex, and in some ways more positive, impression of what school leadership in 2021 is actually like.

Maybe I just happened to chance upon a small, unrepresentative group of especially optimistic leaders, but I was struck by how many insisted that even in these pandemic conditions, ‘It’s the best job in the world.’ On reflection, it makes sense that the most challenging of periods might also prove to be the most professionally rewarding.

The hugely important role that thousands of local schools play in our communities has been clear since the start of the pandemic – particularly through the ways in which they’ve provided continuity from the past and hope for the future.

In poorer areas, and for pupils from deprived or disturbed homes, schools have the performed the practical, even life-saving functions of keeping children fed and connected, both on- and offline. Even among more affluent and settled families, schools have similarly provided lifelines of reassurance and encouragement.

Headteachers feel this renewed sense of purpose and collective appreciation very sharply. They talk of how long periods spent at home have made many pupils realise how much they love coming to school. Home schooling has in turn shown most parents just how hard a job teaching actually is.

Hopefully, the ever growing awareness of mental health across wider society will make headteachers themselves more willing to embrace the emotional support they all need to perform well in what’s a tough job.

However, when you consider other other long-term changes we’ve seen in the role of headship, two words regularly come to the fore – ‘autonomy’ and ‘accountability’.

One head told me a story of how, when he began teaching in the early 1970s, a colleague who wanted the school to purchase some electronic calculators was told that they had to ‘Check with county’, meaning the local authority. Today, for good or ill, heads have far greater freedom on the operational side, with much quicker turnaround on most day-to-day decisions.

But countering this freedom has been a gradual tightening of the screws courtesy of Whitehall, on everything from exam results to summary inspections. Too often, failure to produce the ‘right metrics’ has resulted in heads unfairly losing their jobs, with such burdens frequently falling more heavily on those leading schools that serve disadvantaged pupils.

It’s a vicious cycle that works to scare away generations of future leaders from those very communities that are most in need of need strong, stable education provision – but it’s perhaps here that the lessons of the pandemic might yet yield positive changes.

As one head put it to me, if this past year has proved anything, it’s that the real value of a school – and indeed education itself – goes ‘way beyond the metrics’. School leaders have long known that; it’s the rest of us, and government in particular, that’s needed reminding.

You can’t run a public service well if you’re not prepared to listen to those working on the ground. Establishing and sustaining such a dialogue is a fundamental element of good governance.

So far, it’s too early to say how this renewed recognition of schools’ civic importance will translate to the national or political stage.

But I’d happily bet that once the coronavirus is finally under control, headteachers will be keen to play a greater role in future national education reforms, and that politicians will be more willing to listen to them.

They’d be fools not to.