As soon as children enter formal education, they begin to associate being quick at maths with praise from teachers. Yet, when teachers are asked why maths learning is so time-based, they often struggle to give a response.

Sadly, there’s plenty of empirical and anecdotal evidence that tells us just how anxiety-provoking ‘quick’ maths can be. For example, researchers interested in the human stress response sometimes use timed mental arithmetic tasks to induce a stress reaction.

2 | Pupils focus on it too much

In classrooms with a competitive ethos, children quickly identify perceived hierarchies of ability and will often refer to how quick their classmates are.

Grading pupils’ performance on leaderboards is problematic because the majority of children in a class can’t be the fastest, some children will be slowest, and irrespective of their position within the hierarchy, children will unduly focus on the speed of their response as being the key factor.

This reinforces the belief that being good at maths means being quick at it, rather than an emphasis on understanding the subject.

3 | It leads to maths anxiety

What purpose does it serve to be a few seconds faster than one’s classmates at performing a times table test?

In our opinion, it only provides more instances of perceived negative experiences, often associated with the development of maths anxiety and withdrawal.

For instance, a recent study showed how primary-aged children can associate slower maths performance with consequent punishment, such as having to ‘see the teacher’ or simply being the last pupil to finish.

4 | It lasts into adulthood

In a study of over 100 adults, around half experienced thoughts about time pressure during a computer-based maths task even when the instructions made no reference to being timed.

In fact, those who experienced such thoughts performed significantly worse than those who didn’t, suggesting intrusive thoughts about time pressure are counter-productive.

Of course, some children enjoy the competitive nature of maths assessments, but these are often children who perform well anyway. For most, timed testing only ups the ante for fear of negative evaluation – now there are two ways to fail: being wrong and being slow.

For example, being told to swim faster will not be efficacious if you’ve not mastered the basic techniques.

Indeed, it is likely to lead to panic, and a general avoidance of swimming in the future.

Forcing a person to respond quickly gives them less time to choose a strategy or appraise solutions.

Pupils need time to consider their options and doing maths quickly pressurises learners to rush into questions without overviewing and thinking.

It discourages appraisals of answers and pre-and post-estimations and doesn’t encourage metacognition.

7 | It uses up working memory

How often are children focusing on the time they are taking, and the perceived negative consequences of ‘taking too long’, rather than putting their energies into solving a maths problem?

Maths anxiety uses up the working memory resources required for successful problem-solving. We need to protect those resources, rather than suppressing them through unnecessary time pressure.

In the same way the body needs an appropriate, gentle warm-up before serious exercise, maths lessons require a similar approach. Warming up in an inappropriate way, especially asking for quick responses, does not set up pupils for learning.

Indeed, maths anxious children may be apprehensive about even entering a maths class, so the warm-up should be low-pressure.

Pupils with high maths anxiety are much more likely to have low maths self-efficacy. Setting them up for failure at the start of a lesson only demotivates children and further reinforces their sense of inadequacy.

Dr Tom Hunt (@dr_tom_hunt) is associate professor of psychology and Steve Chinn (@stevechinnuk) is visiting professor at the University of Derby.

I am Judy Bartkowiak and I run NLP & EFT Kids, a family coaching practice in Burnham, Buckinghamshire, UK.

I help children and teenagers overcome whatever is getting in the way of...

Julia Knight highlights several low-cost ways of developing your CPD provision that will have a...

Make sure your Year 6 pupils have all the reading comprehension skills they need for...

The view from the COVID frontlines – workplace risks, year group bubbles and the privilege of having a purpose

This difficult school year has so far been full of contradictions and compromises, reflects Vic... 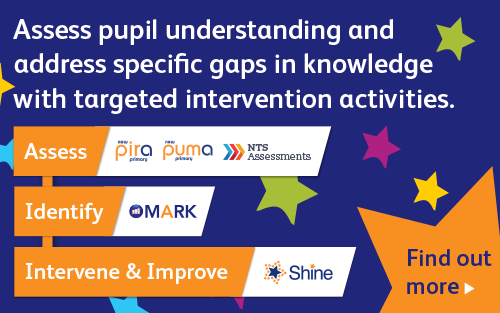