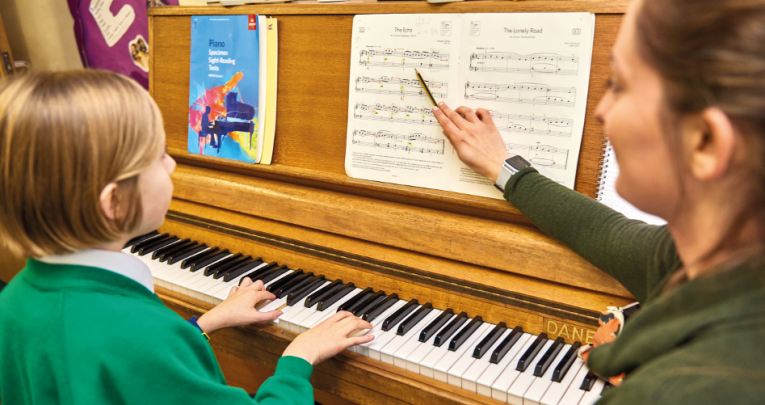 We know that the school curriculum is already overcrowded, and that subjects like music tend to be the ones that suffer, but here's why you need to get in tune, says Ghislaine Kenyon… 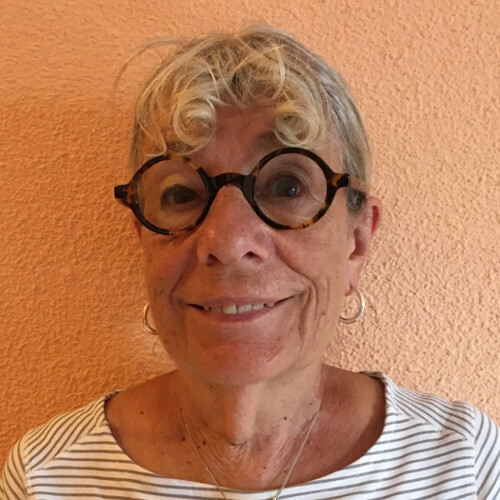 Music works so well at primary level because it’s made up of elements in which children are already competent when they start school, so they can begin with success.

Before each us was born we were already in a sound world coloured by rhythm of one kind or another: our mother’s heartbeat, the rhythm of her walking or running, the pulses of her speech.

Babies as young as six months respond to musical pulse by moving to it, more or less, in rhythm. If you are a parent or have experience of very young children, you’ll have seen the delighted way a baby shakes her head or waves her hands to music with a good beat.

So there is also a connection between external rhythm and physical movement, which you’ll know because you’ve been in a club or stadium or other music venue and felt irresistibly driven to join in to the music on stage with your own body.

Your method of silencing a noisy class may well be to clap a rhythm that children have to clap back to you, so you’re already on the road.

But you could be doing short, mind-sharpening and pleasurable rhythm activities with more positive associations: start the morning with a five-minute rhythm game such as Andrea Pyne’s ‘Don’t clap this one back’ (a version of Simon Says).

The teacher claps a range of rhythms, no more than four beats long, using hands, body, voice, even floor, and the children copy the rhythms.

Rhythm also fits so naturally with the rest of the curriculum: it exists in PE (gymnastics) and of course in both dance and music, where you could work with drums or other untuned percussion; in maths or visual arts it might translate as repeating patterns; in English it could be metre in poetry or the rhythms of speech; in science the seasons as rhythms of nature; in nature also the rhythm of bird wings in flight, or insects at work; in physics the pattern of sound waves.

As a creative teacher you will find other ways of extending its possibilities. And a whole-school focus could end up with a grand foot-tapping sharing assembly or, more ambitiously, as the theme for an end-of-term school show.

Babies also respond positively to pitch, which is what tunes are made from: scientist Dr Laurel Trainor’s research has found that caregivers around the world “sing to infants in a way that differs from most other kinds of singing – usually in a conversational style, with a lot of repetition, high in pitch, slow in tempo, and in a loving tone of voice. Infants prefer this over other styles of singing”.

So children already have a warm connection with the singing human voice, and, like spoken language, when they’re small they don’t have to learn to do it formally, they just imitate.

Singing is the easiest way to develop this innate sense of and response to pitch, so even if as adults we may feel we have lost the skill, we did all have it and it’s definitely recoverable.

My advice to teachers who want to sing in the classroom but are just a bit afraid would be this: as busy as you are, do something for yourself, go and join a choir – community choirs are everywhere now and the feedback I get from teachers who do take that step is, firstly and perhaps most importantly, that two hours a week singing in a group has huge personal benefits.

After a singing session you’ve aerated your blood and that oxygenated blood is in your brain; you feel alert, relaxed and ready to face whatever comes next. And if you do, a seven-year-old will too.

So why not regularly start some morning or afternoon sessions with a song, which, if you’ve joined that choir, could be something you’ve already learned and feel confident with.

Or you can find this kind of material online in places such as musicmark.org.uk (for example the Songs of Home resources), or singup.org.

Rhythm and pitch, the basic elements, are available to all. Perhaps you’re more ambitious and would like to offer your class experiences and skills that require more specialist input.

You may be lucky enough to have a music teacher on site but if not, I would always say first do an audit of your families and the school community to see if there’s anyone else who might have these competencies and who would be willing to share them: someone who could start a guitar club or accompany singing on the keyboard or piano, someone who plays in a brass or jazz band who might do some introductory sessions on the trumpet.

And then, having lit the spark, there are the myriad music organisations you can turn to: the local music education hub or performing companies, be it orchestras, choirs, drumming groups or even opera companies.

You might be surprised to find out what they can offer you, both in terms of CPD, instrumental tuition and music education programmes, sometimes at no or little cost to the hard-pressed school budget.

You may have to be proactive here: pick up on marketing materials arriving in school such as the BBC’s Ten Pieces scheme, or contact local music organisations to see what they can offer you.

The local primary school in Aldeburgh, Suffolk, decided to look to the Britten-Pears Foundation (BPF) for help with delivering aspects of the music curriculum.

The BPF is located on the site of the home of the 20th century composer Benjamin Britten and his partner, the singer Peter Pears, and the composer’s atmospheric house and garden as well as his archive can be visited.

The school and the BPF together developed an innovative and flourishing programme that linked music into other curriculum areas such as history, art and science, and is delivered by the BPF’s Learning curator. A great example of creative collaboration.

So, start simple, with a daily dose of rhythm and pitch, which will make everyone ready for learning, and then, with the support that’s already out there, take off on the musical journey that’s right for your school. You won’t regret it.

Ghislaine Kenyon is the author of The Arts in Primary Education: Breathing life, colour and culture into the curriculum (£15.99, Bloomsbury Education).