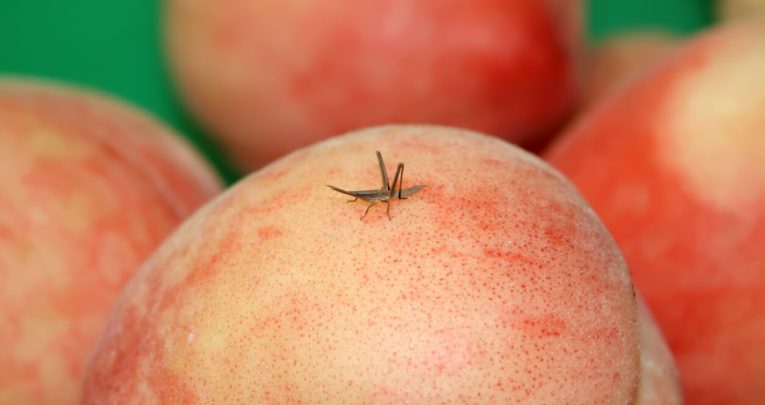 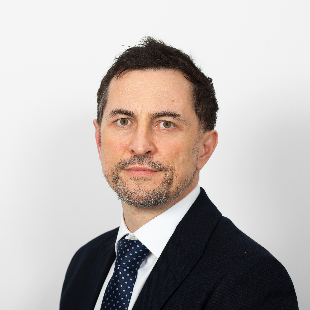 James and the Giant Peach shows its cards in its title. It is odd. Utterly strange. Peculiar.

It is about a boy and a very big piece of fruit (and that is just the start of the oddness). Here’s a review from around the time of its publication:

‘In the most original fantasy that has been published in a long time, (Roald Dahl) tempers his imagination just enough to write a story that may well become a classic. The story…and the illustrations make this a gem.’

The review acknowledges how closely the book sails towards outright surrealism, but it is recognisable as a conventional children’s book in several ways. First, there is its simple and swift account of a tragic event (in which James’ parents are dispatched by an angry rhinoceros in the space of just under fifty words).

Then follows a classic set up of the lonely child, sent to live with cruel relatives (the grotesque Aunts, Sponge and Spiker). Then there comes an escape from this sad predicament (via the unconventional transportation of a giant peach). A classic plot, overall, wrapped up in the unpredictable and the bizarre.

Further anchoring in the more conventional aspects of children’s literature comes in the form of the book’s characters. That is not to say they are ordinary. Far from it. As I am sure we all know, the main cast is made up of the sorts of characters more typically encountered in a Minbeast Hotel in the Foundation Stage outdoor area.

Along with James on his journey within the peach, we have some varied delights: Old-Green-Grasshopper; an enormous Spider; a giant Ladybug; a reclining Centipede with a curled-up Earthworm; and somewhere, indistinct on the floor, a sleeping Silkworm. How very peculiar.

A Parade of Peculiarity

I have used the word peculiar several times here. It is deliberate. The book itself makes several early references to peculiarity. Here’s a short sequence from the opening of chapter 2:

Then here again in chapter 3:

It was at this point that the first thing of all, the rather peculiar thing that led to so many other much more peculiar things, happened to him.

It’s a word that we might want to linger on for several reasons:

Another, compelling reason to linger here is that the children are not only likely to encounter and use ‘peculiar’ again, they are certain to. The book is riddled with it:

So it’s worth a little of our time. What might we do? Well, we can explore synonyms and antonyms of course. We might provide children with a range of related and unrelated words and ask them to sort these into the following table:

The selected words reflect the use of the word in the book; keep in mind that peculiar can also mean ‘particular’ or ‘particular to’

Perhaps more fun though would be to note some of the uses in the book and arrange these to form a Peculiarity Scale. Taking the earliest references and putting them onto card, we might end up with something like this:

It should not take the children too long to arrange these cards into a parade of peculiarity, ranging from least to most peculiar. The children might want to add their own terms using words for emphasis to complement our root word. Once we have a working scale, we can use it to explore the relative peculiarity of every day events:

Then we can rank the events in the book. They’re generally quite peculiar.

That subtitle is a bit of a mouthful, but it refers to the pleasures that spring from preparing well for extended reading of the book to your class. My colleague Alison has prepared some lesson ideas for you relating to later, action-packed chapters of the book. Here, I just want to urge you to treat yourself, and your class, to some quality time to enjoy some of the well-documented benefits of reading aloud to children.

The opening chapters of the book provide many opportunities to demonstrate the pleasures (and benefits) of a juicily expressive read. Plenty of books have evil or strange characters for us to twist our voices around, but here the words the characters say are playful (or playfully horrid) and are arranged in such ways as to give your sense of rhythm, phrasing, and pacing a good workout. Let’s take a brief look at some early opportunities.

Now, with the children properly warmed up, and well into the novel, all of our work around voice might be brought to bear on my favourite character in the book.

Chapter 12 is a humdinger for letting go of the reins and letting the children loose in creating their own peculiar voices for the gathering of creatures that live in the peach. We might share chapter 12 and ask children for their early opinions, preferences, and questions relating to these new characters.

Encourage children to make connections between what they are hearing/reading and what they know about character, behaviour, and relationships from other texts and real life.

For my part, I am drawn to Centipede (perhaps because his voice and gestures sprang fully formed into my head as soon as I had read a couple of his lines) but I have to give special mention to Earthworm. Centipede would be nothing without him.

By exploring the character clues that Dahl drops and weaves around Centipede’s dialogue, we can provide children with performance pointers so that they can develop their own expressive reading of the speech in the story, bring it to life through drama, and perhaps improvise extended scenes.

This scene for example provides an opportunity to model the attention we might pay to particular cues, or how we might anticipate challenges in preparing to do justice to a character:

‘I have a lot of legs,’ the Centipede answered proudly ‘And a lot of feet. One hundred, to be exact.’

‘There he goes again!’ the Earthworm cried, speaking for the first time. ‘He simply cannot stop telling lies about his legs! He doesn’t have anything like a hundred of them! He’s only got forty-two! The trouble is that most people don’t bother to count them. They just take his word. And anyway, there is nothing marvellous, you know, Centipede, about having a lot of legs.’

This is just one possible form of dialogue with my children, but of course we want to preserve the magic of our read aloud sessions so any classroom chat should feel organic. What we want to do, now and then, is prompt, build on, and clarify the children’s ideas

What we are doing, through the power of the read aloud session, is unobtrusively helping all of our children – regardless of their current status and identity as readers – to see that to properly engage with the text, we want to hear, and see, and attend to its prompts and clues, and to let them shape the way we read, as we read.

In this way, we might fully do justice to the behaviours peculiar to Centipede and his peculiar friends.

You can also try Alison Dawkins’ and Herts for Learning’s James and the Giant Peach lesson plans for KS1/2, here.

Martin Galway is a Teaching and Learning Adviser for English at Herts for Learning. Before that he has worked as a primary teacher, an English subject lead, a Leading Teacher for English, and earlier still as a lecturer in film in the FE sector. Martin is especially interested in reading comprehension, language development, and how reading and spoken language learning support writing. He reads relentlessly, for pleasure and learning. Martin oversees the Herts for Learning English blog, and tweets – mostly about books – as @GalwayMr.
SHARE THIS resource