Form time – Why its focus on pastoral support should be restored 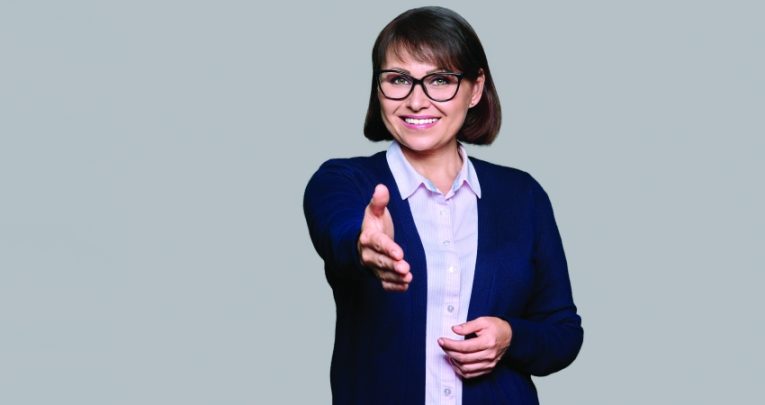 The move to make form time less about pastoral support and more about administrative essentials has meant some students are now missing an important part of the day, says Phil Naylor

For the majority of my long career, I have been directly involved in the pastoral aspects of a school.

I have vast experience as a head of year, a senior head of a learning house and as a pastoral deputy. It’s the aspect of the job I’ve enjoyed more than any other – from the heady days as a young teacher winning the best-decorated Christmas classroom with 9F, to leading ‘we’re all in this together’ assemblies for the last ever year group of a closing school.

Whilst channel-hopping during a bout of isolation following COVID-19 illness, I happened upon an episode of the popular TV programme Grange Hill. This was the first episode, set in the late 1970s – a time before even my experiences of school. The plot follows the first day of first-year pupils as they navigate their way to school and attempt to settle into an unfamiliar environment.

Many positive changes and improvements have been made to the first-day experience since then, including transition days and summer schools, but something powerful struck me straight away. The role of the form tutor was pivotal to that first day, and in following episodes, to the entire school experience of the pupils.

At Grange Hill, this form time seemed largely unstructured and relatively informal, with the tutor finding out some information about pupils and pupils about each other. There was often a visit from the omnipresent deputy head Mrs McCluskey, who never at any point asked to know what the pupils were learning or whether they were making any progress.

As I followed these episodes through, the form periods were punctuated regularly by opportunities to get together as a year group for collective worship, singing and building of communities. What was noticeably absent from any of these fictionalised encounters was any discussion of interventions, catch-ups, one-to-ones and recovery reading.

As a result of the fear that any pastoral time is unmeasurable and unquantifiable, every conceivable opportunity has been taken to cram in academic content. The decline of form time is just one symptom of this move away from prioritising pastoral care, which has occurred over the past decades. However, from the most recent conversations I’ve featured on my Naylor’s Natter podcast, it is becoming evident that the COVID-19 pandemic has reminded schools of the importance pastoral care plays in the life chances of pupils.

Many schools are now rethinking their pastoral structure and recognising the value of time spent with pastoral staff. On an individual level, teachers will need more training on pastoral matters.

“For me, the form tutor provides an important kind of buffer between the non-school world and the school world. For some children, you know that’s going to be an important sort of transition zone.” – Stephen Lane

My conversation with Stephen – who is an English teacher and head of year – was particularly fascinating, as it crystallised some of my thinking around the decline of form time in secondary schools.

Since the controversial reign of Sir Michael Wilshaw at Ofsted, the time allotted to pastoral care has reduced significantly. Not as a direct result of Wilshaw’s or Ofsted’s dictate, but through a lethal mutation from statements such as this, from Wilshaw himself in 2013: “As a head, my guide was always that if something wasn’t going to impact on classroom performance, then I wouldn’t introduce it.”

Form time, or time with a form tutor, does not deliver any immediate outcomes. Its impact cannot be assessed by a flight path or a data drop, but its long-term consequences can be huge. That opportunity for connection in the morning can, as Stephen said, gently ease both students and teachers into the academic day ahead.

It has administrative importance too, from a safeguarding perspective, via the register. Most importantly of all, it is an opportunity for community cohesion, team building and creating a safe space. The best form teachers know their students better than other teachers. This knowledge can be a vital support for the students, particularly when they might not have this at home.

The consistency of form time helps students prepare for the day ahead. It is the time to rectify and support with uniform and equipment; for chasing up absence and promoting good attendance. This is the opportunity to develop relationships that serve the whole school community.

The form tutor should be the first port of call for any issues with the student. It is difficult sometimes as a school leader to have a full picture of a year group, let alone the whole school – which is where form tutors can be vital.

The gradual erosion of form time and assemblies (which pleasingly appears to be receding) has been done under the auspices of ‘progress’. Form time has been sacrificed for intervention or catch-up, or cut completely to the bare minimum of administrative necessity. The result of this is, of course, more time with subjects, which is certainly welcome and can have its own benefits – but there are knock-on effects.

Centralised behaviour systems are extremely effective and provide consistency, but they sometimes do not take into account the individual circumstances of the pupils subject to them. A student who has experienced a difficult evening or morning may not be ready to learn. With proactive pastoral care, this will be picked up by the form teacher. The pupil is assisted and staff are made aware.

Take a pupil who has misplaced their homework, as they didn’t stay at home last night. Their parents call into school, but are unsure who to get the message to and a detention is given. What about the pupil with a medical condition who needs a closer eye kept on them today? Or the brooding conflict between two Y11 students, or the withdrawn Y7 whose friends are worried about them?

These are all classic pastoral issues, but with the reduction in form time and diminished role of the form teacher, issues that quickly become those of the classroom teacher. Subject teachers have a great deal of content to cover, knowledge to impart and work to assess. They are not unsympathetic to such issues, but due to paucity of time and resources, they often either don’t notice the issues until they manifest as behaviour, or pass them on through an on-call system to senior staff walking the corridors.

Many schools now employ non-teaching pastoral staff who quite often are the heart of the school, and who will assist with any of these issues. It is my view that these pastoral issues will impact directly on classroom performance. Seen from this perspective, form time is not ‘wasted time’, but arguably the most important time of the day.

Phil Naylor (@naylorsnatter) is deputy head at a Blackpool academy, having worked for over 20 years in secondary education as a classroom teacher and school leader

This article is based on an extract from his book Naylor’s Natter (Bloomsbury, £19.99) – a compilation of teaching advice drawn from conversations featured on his Naylor’s Natter podcast, which ran from 2019 until 2022