‘Education for All’ Bill Outlined In Queen’s Speech 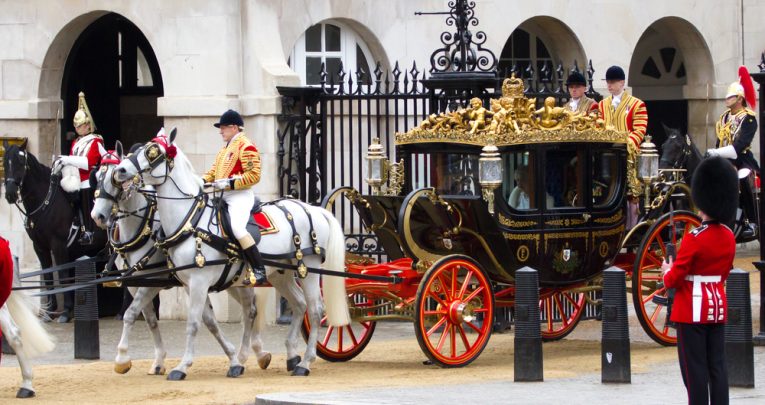 Today’s Queen’s Speech, which traditionally outlines the government’s legislative priorities for the years ahead, has confirmed the DfE’s intention to pass new laws governing academy conversions and introduce a National Funding Formula for schools.

According to the relevant portion of the speech itself, ‘A bill will be brought forward to lay foundations for educational excellence in all schools, giving every child the best start in life. There will also be a fairer balance between schools, through the National Funding Formula.’

According to the government’s background notes [PDF], its Education for All Bill will usher in further moves towards a system ‘where all schools are academies’ – not, as we now know, through legal obligations, but by speeding up the conversion process for schools and local authorities, and through new conversion powers over schools in ‘under-performing and unviable local authorities’.

Accompanying this will be a shift of responsibility for school improvement from LAs to ‘great heads and others in the school system’.

Aside from confirming its intention to introduce the previously announced National Funding Formula, there was little confirmation of further details, beyond an assurance this would ‘Allocate funding fairly and efficiently.’

Also included is a new requirement for schools to find appropriate service providers for excluded pupils, and for schools to remain accountable for their education.

Sir Peter Lampl – Chairman of the Sutton Trust and Education Endowment Foundation “The Government has wisely backed away from compulsory academisation, but the plan to require many more schools to become academies requires more excellent multi academy trusts. Our research has shown that the quality of existing chains is variable with more chains underperforming the average of all schools than overperforming. If this policy is to support those schools with significant numbers of disadvantaged pupils, it is vital that schools should link up with multi academy chains that have demonstrated their ability significantly to improve school performance.’

Dr Mary Bousted – General secretary of the Association of Teachers and Lecturers ‘Once again the Government is not acting in the best interests of children. Pushing ahead with its plans to make all schools into academies will cause more chaos for children and schools at a time when the Government should be focussing on the priorities – a school place for every child and a qualified teacher for every class. The Government needs to get a grip and sort out the teacher shortage crisis, school places crisis and the increase in child mental health issues all of which are more important than reorganising who runs schools.’

Chris Keates – General secretary of the NASUWT “The new role for local authorities and the plan for academisation in local authorities deemed unviable or underperforming, continues the obsessive focus on structures rather than standards, despite the recent U-turn the Government was forced to make as a result of strong opposition from within its own ranks. This is a pointless and redundant Bill which serves no real purpose other than to seek to detract attention from the difficulties at the heart of the Conservative Party in the run up to the EU referendum.’

Allan Foulds – President of the Association of School and College Leaders “While we welcome the introduction of a new National Funding Formula to address the current inconsistencies in the system this will not on its own solve the severe pressure on budgets. More investment is urgently needed. We are also disappointed that the government has not so far announced measures which go far enough or fast enough in addressing the teacher recruitment crisis. It must do more to promote and incentivise teaching as a great career.’

Cllr Peter John – Executive member for children, skills and employment, London Councils “Today’s Queen’s Speech shows that the government still has ambitions to move towards an all-academy education system and change the way in which local authorities work with schools. London’s experience has shown that an effective partnership between boroughs, parents, teachers and central government is the best way of helping schools to achieve high standards, rather than any structural changes. Any reforms to school funding or governance must take this into account so that no child in London is unfairly disadvantaged as a result.’