Diverse books for kids – how to help pupils connect with stories 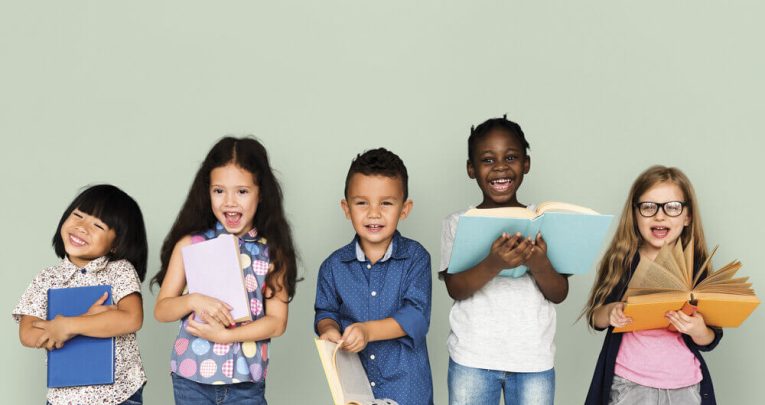 Book bingo, scrapbooks and allowing kids to be experts can all help marginalised readers engage with reading

Something magical happens when a child picks up a book and connects to it. Reading a story in which you recognise parts of yourself is a powerful experience, and these moments can reverberate through childhood and even into adult life.

Now, imagine every time you go to choose a book there are no characters that resemble your reality; they’re not the same race as you, don’t have the same culture, or even eat the same food. You become isolated, and see books as just another one of those things that isn’t for you.

It’s a situation not too far from the truth for many children. In 2018, the CLPE published its first Reflecting Realities Survey reviewing the extent and quality of ethnic representation in the content of children’s books published in the UK.

It found that, of the books reviewed, only four per cent featured a character from an ethnic minority background, and only one per cent of main characters were people of colour. There have been slight improvements, as seen in the CLPE’s three following annual surveys, but the problem certainly hasn’t gone away.

So, what can you do to help improve experiences for underrepresented children? Here, three educators share insights into the work they have been doing in this area and the impact it’s had.

Part of our responsibility as educators means ensuring that the lived experiences of our children are not only visible in the texts they read, but valued, promoted and authentic.

Pupils pick up on the stereotypes portrayed in books and for some, this will make them question what they are reading and consider if it is offensive or appropriate.

But for the most part, children will internalise these stereotypes, or underrepresentation, and accept it as the norm. This was certainly true for me in my formative years, and I have seen first-hand in my school library how children will accept that any representation is okay.

That is until they get their hands on the good stuff. After the initial shock they ask for more, craving stories that mirror their lives and those of their community.

It hasn’t taken much to boost the uptake of diverse stories in school. Little things like a book bingo game, that actively encourages children to seek out stories written by authors of colour or titles set in different places around the world, have added an element of excitement to browsing.

I also create displays linked to different festivals and celebrations, featuring a character from that culture. So in the spring term, for Lunar New Year, we created a display with Jack from Tiger Warrior introducing the celebration. Since then, Tiger Warrior has become increasingly popular with our children. Many have asked for more Maisie Chan books since. You can find an article from Maisie on children’s books about diversity here.

One of the key challenges has been encouraging staff to pick up these stories. Teachers are often too busy to read new books and find it easier to use the same texts year-on-year. Using reading scrapbooks where children review and recommend books to their class has been a really powerful way of sharing knowledge and enthusiasm for the quality titles currently available on the market.

During my MSc in Education (Research Design and Methodology) I have been delving into ethnic representation in the children’s literature available in classrooms, exploring the book collections within Year 1 classes in London and Oxford and analysing 1,660 books.

The findings reaffirmed for me the importance of evaluating the quality of the representation of marginalised characters, rather than only focussing on their presence. I used the ‘Degrees of Erasure’ Framework, first introduced in the 2019 Reflecting Realities report, to critically evaluate the representation of characters from Black, Asian and Minority Ethnic groups within the texts.

Alongside explicitly racist material (one classroom had a text published in 1975 that featured a golliwog character), there were further examples of poor-quality representation. For example, the ‘Short-term Stay’ phenomena, where characters of colour have only a fleeting presence in the text, was prevalent.

In the most extreme example of this a Black character was featured for one page of a book only, did not speak, was not named but referred to as ‘fatty’ in the narrative.

The Degrees of Erasure framework is really useful in developing your own inclusive classroom collection. It can help to critically evaluate the quality of representations of characters.

I have also really valued the expertise of librarians and book bloggers such as candidcocoa.blogspot.com. In addition, I would recommend buying books from expert booksellers who specialise in diverse and inclusive texts, such as Letterbox Library, Round Table Books, Book Love, and Mirror Me Write.

As part of my MA in children’s lit, focusing on kids’ responses to texts with Muslim characters, I presented my pupils with a range of fiction books featuring characters of colour, most of which were unfamiliar to the children.

I invited them to choose three books they might want to read from the collection, stating reasons for their selection. They found choosing the books easy, but articulating their reasons much harder.

They didn’t acknowledge that the selection exclusively featured protagonists of colour and were written by authors of colour. Occasionally the books were described as ‘weird.’ It was important to unpick the source of this view to enable the children to engage with texts in a deep and meaningful way.

Our focus text was Planet Omar: Accidental Trouble Magnet by Zanib Mian but we also discussed other extracts. Most of the children admitted that they would not have chosen such books independently, but enjoyed the experience and said they would actively seek stories featuring characters from marginalised backgrounds in the future.

Many questioned why these books were not more prominent in bookstores or more ‘famous’, leading to interesting conversations about the marketing of mainstream children’s literature and how our school might promote such texts and ensure a more diverse reading curriculum.

When we read any book, we need to centre ourselves and consider our own perspective. We all read texts differently and extrapolate different things from them, depending on what ‘baggage’ we bring .

Considering your perspective aloud and acknowledging your standpoint to be ‘one of many’ to the children is essential when discussing books featuring marginalised communities.

Reading and discussing Planet Omar allowed the Muslim pupils in my group to take on the roles of ‘experts’ when it came to understanding context – something they might not have experienced before.

Conversely, non-Muslim children benefitted from the opportunity to learn about a ‘parallel culture’, which is hidden yet present in the same community. Most importantly, it provided a safe and necessary forum to talk about race and religion, promoting understanding and fostering deeper bonds and mutual respect within the group.