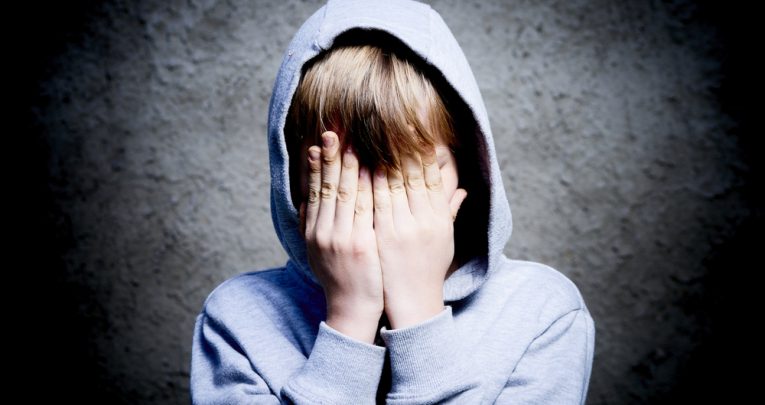 Today there are still articles doing the rounds about how to teach boys, or what helps in getting boys to read earlier, or whether boys’ hands really do naturally hurt when holding a pen for too long.

Of course there are important pedagogical insights when it comes to teaching boys, as with girls, but this is not because of genetic differences in boys, it is because of what society has done to them.

The expectations and restrictions of gender are learned early on and mean that children scrutinise and police their own behaviour and the behaviour of others – they police their styles, clothes, manner, speech and expression.

Does this sound like abstract gender theory 101? Does it sound like Feminist hysteria? Perhaps it does, but I am not talking about making everyone the same, or brainwashing children (the irony is, of course, that by pointing out the very real brainwashing of children into pink and blue boxes, the messenger becomes accused of the very same).

When thinking about the journey children navigate as they create, shape and discover their identity, it is useful to reflect upon your own.

Cast your mind back and see if you can remember when you first realised that men are meant to have short hair, that women’s faces aren’t acceptable without make-up but men’s are, that boys aren’t supposed to like pink, or cry too much.

Look at your own baby photos; what colour of clothing did your parents dress you in? Did you have vehicles, spaceships or fierce animals on your babygrows or did you have pastel shades of pink, hearts or fluffy bunnies?

All of this matters. All of these subtle and not-so-subtle messages are how we teach masculinity and femininity to children.

In contrast, there is a biological reason for boys to cry, it’s called human expression and development.

I have spoken to parents who say their sons just have a natural interest in cars and wheeled transport, as if this was developed in the womb. Never mind that if you pop into most baby and kids stores you will see that boy’s clothing is covered in vehicles and machines.

It must surely do something to a child’s familiarity with cars and diggers if they grow up with pictures of them on their sleeves, jumpers, sleepsuits and socks.

Just as it must surely do something to a child’s physical development and sense of their body if they can get on a swing or climbing frame without their dress flying in their face or adults telling them off because their underwear is showing.

Meanwhile, years later, tireless and tired educators are trying to get more girls into engineering, construction or sports and bemoaning the difficulties in changing these statistics. Perhaps this is because we are already starting too late?

A lack of awareness and lack of any critique of narrow gender roles is holding us all back; in fact, it is harming all of society and perhaps our whole future.

These criteria actually form part of the definition of what is called ‘toxic masculinity’, an expression of manhood which depends on being tough, unemotional, strong physically or financially, and powerful at work, in the home, on the pitch, or in the streets.

It is a type of masculinity which needs to put down women and femininity in order to raise itself up, so it is therefore inherently sexist and homophobic.

There has been a bit of a revival in academic research into masculinity, or rather, masculinities plural, as there are so many different versions of it.

This is another reason why masculinity, like femininity, is considered a social construction, rather than a product of nature or biology.

Several high-profile masculinities scholars are behind new publications and initiatives, such as Michael Kimmell, whose book Angry White Men has just been reissued with a new Introduction on Donald Trump.

Eric Anderson is a professor promoting a more-positive outlook, with theories and research on inclusive masculinity and declining homophobia, Tony Porter has numerous TED Talks on the brutalising initiation process into manhood and there are important insights on gender from other academics like John Stoltenberg, Byron Hurt and Michael Flood to name a few.

Here in the UK we have pioneering activist organisations working with boys and young men for social justice, such as A Call to Men UK and White Ribbon Campaign UK.

Duke University in North Carolina is running courses on ‘detoxifying masculinity’; Stony Brook University in New York has been running a Centre for the Study of Men and Masculinities since 2013. Recently, Oxford University announced it will be running summer schools especially for white, working-class boys.

It is currently estimated that less than 24% of white, British boys from working-class backgrounds leave school with five GSCEs at grade C or above.

Meanwhile of course, it has to be said, and said again, that boys being excluded and left behind in our schools is not new, and that arguably less attention was paid for all those years that black boys were most affected.

While men as a group are still very much in power globally, dominating all mainstream institutions of power, this does not mean that every individual man will feel powerful, probably far from it.

Men too face oppression and discrimination against their race, sexuality, social class or disabilities for example. Men are more affected by suicide than women, making up over 75% of those statistics.

In fact, suicide is the biggest killer of men under 45 years of age in the UK. ChildLine has recently launched a new campaign called ‘Tough To Talk’ to encourage boys to seek help with depression and suicidal thoughts.

Importantly, there is clearly something going on here with the link between masculinity and violence, a link that is often unsaid, perhaps because it is seen as so normal, and almost expected.

Those are precisely the sort of gendered links, couplings and assumptions that we need to be interrogating and reflecting on, including in our classrooms, from as early as possible.

This means role modelling good gender relations, watching our language and avoiding sexist assumptions, speaking out against sexist everyday phrases used by adults and young people alike, such as ‘man up’ or ‘grow a pair’ and it also means ensuring that pupils know that no hobbies or interests or toys are off limits to them simply because of their sex.

I personally would take this further and suggest that certain toys and clothing shouldn’t have any place in school at all, such as toy guns and other militaristic toys or camouflage clothing or uniforms in dressing-up games.

Of course, any of that might feel like a drop in the ocean compared to what children are exposed to in daily life outside school, at home and at the homes of their friends; but many drops can also form an ocean.

It is important to remember that school is understood and seen by children as an authority, the messages they receive there may well be given more weight and credibility because they come via a socially recognised formal institution.

This brings even more responsibility to every lesson, every extra-curricular activity, every book in the library, every throwaway comment or joke.

I know that teachers and school staff are already under too much pressure. I do not agree with this trend of putting all responsibilities for societal stability onto teachers, when children are socialised firstly in the family and of course by the whole of society.

I know that professionals in school are already blamed for gun crime, knife crime, teenage conception rates, sexual abuse statistics, domestic violence in the home as well as skills shortages and GDP.

I know that Ofsted and the Daily Mail are already peering over your shoulders while you try to do what you are passionate about doing, in a climate of ideological and inexcusable cutbacks.

I am therefore not suggesting that teachers should be even more pressured, and I know that something like gender relations and gender identity expression might seem like the least of your worries.

What I am saying is that small changes could make a big difference, to your working environment and to the learning environment of your pupils and students. It is not a matter of doing more in this instance, it is in fact a call to do less – less gendering.

All of us should take a moment to imagine who we might be and what we might be doing if we hadn’t been restricted by stereotypes of all sorts, if we didn’t have to battle against unmerited expectations that were set in stone for us the day we were born.

The truth is that boys will not be boys; they will be adult men. They will be friends, fathers, carers, husbands, partners, lovers and colleagues.

Aggression, emotional suppression, isolation and shame are all key parts of what we understand as masculinity and they are not inevitable, they are learned; they can also be unlearned, and they can be un-taught.

Dr Finn Mackay is Senior Lecturer of Sociology at University of the West of England, specialising in contemporary British feminism and activism, feminist theory, male violence against women and women’s liberation. You can find Dr Mackay at finnmackay.wordpress.com and on Twitter at @finn_mackay.