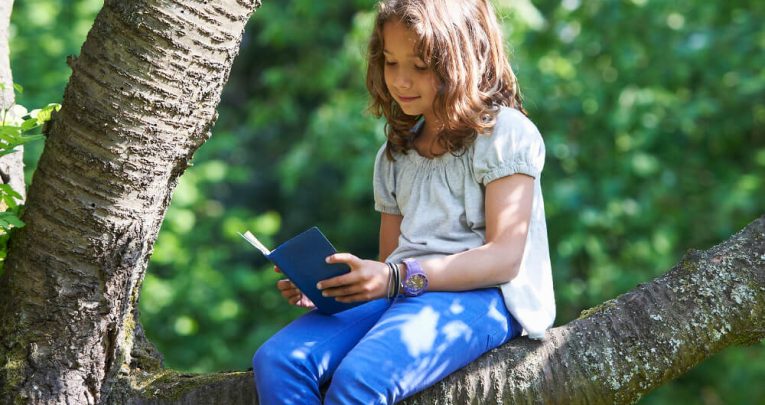 How do we help girls shape the world? By sharing non-fiction that shows women’s amazing achievements across the ages, says author Ailsa Ross… 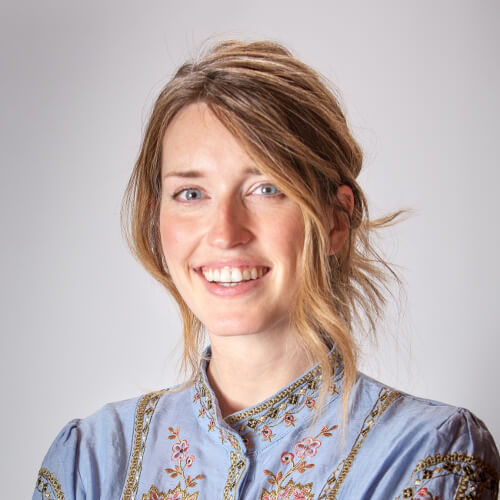 It was a perfect summer’s day and I was playing on the swings at the park with my eight-year-old niece, Kaia. She kept looking over at the two boys playing near us in a maple tree, so we left the swings and walked over.

Up close, that tree was beautiful. Its lichen-green branches seemed big enough to hold endless children.

I noticed Kaia was staring not up, but down at the ground. Wanting to help her go beyond her comfort zone, I held her hand and encouraged her to have a go at climbing.

But she was struggling to lift her little body onto the first low branch. And before I knew it the words coming out of my mouth were, “Be careful!”

A University of Guelph study showed that parents warned their daughters about the dangers of going down a firehouse-style pole far more than when their sons tried the same task.

Yet the benefits of children challenging themselves on small adventures are big. “When we encourage risky play,” says the Boston College psychology professor Dr Peter Gray, we help “youngsters dose themselves with manageable quantities of fear and practise keeping their heads and behaving adaptively while experiencing that fear.”

The added benefits of those adventures taking place outside can be huge.

According to a 2010 study from the University of Rochester, time outside has been found to have a calming effect on the mind. It inspires creativity, and it improves focus and brain function – a dream for teachers looking after a classroom of excitable children.

I was eight when the Spice Girls started cruising through the charts, singing Wannabe on Top of the Pops. I’d found my role models in Ginger and Baby and Posh. And bit by bit, my love for cycling and digging for worms was replaced with a love for nail polish and Tammy Girl and shouting “zig-a-zig-ah!” in the playground with my friends.

After a couple of years of this, my self-confidence started to dip. Dr Andrea Bastiani Archibald, a developmental psychologist for the Girl Scouts, says this is common. In the high school years “girls, at large, experience so much hesitancy and a normative drop in confidence”.

It’s been found that one way to counteract that dip in confidence that can happen during teenage years is by encouraging a sense of healthy risk and adventure in girls before they’re ten or 11. New research from Anglia Ruskin University shows that even just going for a gentle walk in nature leaves people feeling more confident and better about their bodies. After all, nature doesn’t care about our looks. It doesn’t care who our friends are or what grades we got. It’s a place where we can truly be ourselves.

As a child, some of my favourite books followed the lives of female adventurers. LM Montgomery’s Anne of Green Gables was imaginative and in love with the world. Roald Dahl’s Matilda was infinitely feisty and smart.

The problem was, those girls weren’t real. And if you were to ask me for the names of real-life women adventurers at the age of eight, I couldn’t have named one.

That’s a common story even among adults. In a 2017 survey by Outside Magazine, only 13% of participants knew the name of the first woman up Mount Everest – Junko Tabei, a Japanese climber who reached the summit on 16th May, 1975.

By some estimates, women only make up 0.5% of recorded history, yet they’ve always been around 50% of the global population. The maths just isn’t right. “We need to actively look for women’s stories,” says the historian Bettany Hughes, “and put them back into the historical narrative.”

When I began researching the lives of women adventurers as a travel writer in 2013, I felt as if I was scratching at a powerful secret. Here was another side of history that was infinitely bigger and more colourful than the one I’d been told.

Here were women pirates living 2,000 years ago. Here were aquanauts and activists and desert explorers. Here were the women who could make a girl feel alive to possibility.

I discovered that for every conquering Christopher Columbus, there’s been a Queen Nzinga – the Angolan queen who became a fearsome warrior to protect her people from being enslaved by Portuguese colonists.

For every Ernest Shackleton, there’s been an Ada Blackjack, the Inuit castaway who survived alone on an Arctic island in 1923. And one day, I hope Nzinga and Ada Blackjack might be household names.

I shouldn’t be surprised, of course, that my niece’s favourite story in my book is Nalini Nadkarni’s.

A world-class treetop scientist, as a kid Nalini loved climbing the maple trees in her yard. When she was nine she even wrote, illustrated and published a single copy of a book called Be Among the Birds: My Guide to Climbing Trees.

Now she’s in her 60s, and Nalini’s on a mission to share her wisdom about science and nature with everyone. She’s climbed trees with loggers, artists, musicians and clergymen.

She’s organised eco-fashion shows and created a Treetop Barbie doll. She does it all for one reason: to help us find an entry into the natural world and rediscover our own place in it.

It was getting late, and Kaia was scrambling back down the maple tree. When she touched down to earth, she had biggest grin I’ve ever seen. I asked her how she was feeling. “Happy!” She said. “No, wait. Strong! Happy and strong.”

Ailsa Ross is the author of The Woman who Rode a Shark (£14.99, AA Publishing). Find her at ailsaross.com and on Twitter at @ailsa_writes.