This year, start as you mean to go on and get behaviour management right with your class from day one by following these 10 ‘don’ts’, says Robin Launder...

For worthwhile learning to take place in your classroom this school year, you need to create space for it – and that means making sure there are no unnecessary distractions and disruptions as a result of behaviour problems.

Shouting is just plain wrong – and that’s reason enough why you should never do it in the classroom. But it’s also counterproductive, often generating more student misbehaviour, not less.

Sure, in the very short term, shouting might bring children into line. But the pupils soon get used to your raised voice. In an attempt to recapture that initial success, you shout louder and more frequently, but that ends up as white noise. Soon, it all spirals out of control. So never shout, OK?

It’s important to note, though, that raising your voice to get student attention is not the same as shouting. Just make sure there’s no anger or other negative emotion involved.

Humiliating students, like shouting at them, is unethical and self-defeating. It’s simple really: humiliate a student and they will not like you, which means they won’t work for you – or at least they won’t work as hard for you as they could.

In fact, because of the sting of that humiliation, they might even work against you, try to undermine you in some way and attempt to get their own back on you.

Also, don’t be sarcastic, don’t lecture and don’t make a joke at a student’s expense.

Instead of saying ‘please’, say ‘thank you’. Thank you and please are equally as respectful, but please implies you are begging for student compliance, whereas thank you sends the message that what you want to happen will happen – because otherwise, why would you be thanking them?

So please, I beg you, don’t say please; say thank you. Thank you!

Arguing doesn’t resolve situations – in fact, it entrenches positions. Not only that, an argument can quickly turn into a shouting match, and when that happens, everyone loses – you, the pupil, and all the children witnessing the exchange. So avoid arguing at all costs.

If a student wants to engage you in an argument, tell them that you’re happy to have a chat at the end of the lesson. Be genuine in this offer, too.

That said, when the end of the lesson comes, most pupils will no longer need to talk to you, and even if they do, they (and you) will be much calmer.

Oh, and there won’t be any audience present to inflame the situation.

5 | Never praise students for the things they should be doing

If you do, you will be lowering the bar of your expectations when you should be raising it. You’ll be communicating that doing the everyday and the commonplace is noteworthy of extra and special attention, when it’s not.

What’s worthy of extra and special attention is extra and special behaviour. Sure, a polite ‘thank you’ or non-verbal acknowledgement is fine, but anything beyond that is counterproductive – and, frankly, a bit needy.

If you pretend that you didn’t see something when you did, the students will conclude that either a) you are scared of dealing with the misbehaviour, or b) you are a bit inept. Either way, they’ll realise that they will be able to get away with loads.

If, for some out-of-the-blue reason, you can’t do what you said you are going to do, address it with the pupil at the next opportunity – oh, and be doubly sure that you don’t break your word again with them.

8 | Never send a child out into the corridor

The pupil is misbehaving. You’ve given him or her chances. You’ve gone through your range of behaviour interventions and – argh! – still they’re mucking around. So you play your get-out-of-jail-free card and kick ‘em out. Problem solved.

Except it isn’t. At best it’s been delayed and quite likely worsened. The student still has to come back into the lesson – assuming he or she hasn’t wandered off and is causing mischief somewhere else in the school.

Then there’s all your other children. Every time you send a pupil into the corridor, you are communicating to your class that you do not have the skills to deal with misbehaviour effectively: to avert it, to manage it, to de-escalate it.

Hence, your standing in the eyes of classroom falls, to the point that the children who are normally well behaved might themselves begin to misbehave. So now you kick out even more students.

Or, if you like, have every student as your favourite. Children will quickly spot preferential treatment and rebel against it.

If you do, it will get under your skin and wind you up. Instead, view misbehaviour as a learning opportunity.

If pupils get a sum wrong, or misspell a word or don’t know their gluteus maximus from their elbow, you, as the teacher, would see that as a learning opportunity.

So it is with misbehaviour; it’s a mistake that can be learned from – and if you view it that way, the student will be more likely to as well.

Robin Launder is the director of Behaviour Buddy, a company that specialises in evidence based CPD, including behaviour management CPD. He tweets at @behaviourbuddy.

This engaging activity introduces children to Roald Dahl’s book The BFG. In this lesson, children will act as...

Now children are back in school the focus is on addressing any learning gaps...

Make guided reading sessions better for you and your student with this selection of advice,...

If you want to ensure a student’s difficult upbringing and background doesn’t impinge on their future,...

Improve primary pupils' speaking skills by explicitly teaching oracy in the classroom, with these activities,...

Racial bias in schools – how common is it, and how can it be tackled?

Gordon Cairns examines the extent to which unconscious racial bias may be affecting students and... 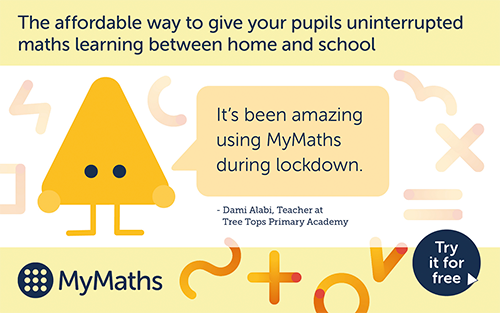