Raising the status of reading for pleasure is a constant priority for everyone involved in education. The Teach Primary New Children’s Fiction Awards, now in their third year, are designed to be a part of this process, shining a spotlight on titles that teachers can confidently suggest to parents and share with pupils. Our dedicated and experienced judges use a unique set of criteria to assess shortlisted books in each of three categories: Reception, KS1 and KS2 - taking into account such elements as opportunities for deeper discussion, and text that encourages language play and development, as well as engaging illustration and a great story. Above all, though, we ask them to pick the books they love; and once again, they have done so with passion and insight. We hope you - and your learners - will enjoy this year’s list of finalists as much as they did.

"There was a truly wonderful breadth of subject matter and approach in all three shortlists; a real testament to authors and illustrators and, of course, editors and designers too. To say that the judging was close would be an understatement - in some instances, there was a beard-hair's width between titles."
Philip Ardagh, judge

"Teachers play an enormous role in promoting a lifelong love of reading in their students, a fact that is recognised and supported by these awards, helping to highlight exciting and engaging new titles that classes will want to hear time and time again."
Tamara McFarlane, judge 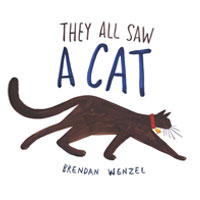 They All Saw A Cat

Empathy is one of the first things that most parents try and teach their children and is incredibly important in any classroom – but it's a difficult skill to learn. Sharing books that play with the idea of seeing the world from someone else's perspective can certainly help, and this is a brilliant and beautiful example of just such a title. The story is told in very few words: a cat takes a walk, passing a range of different creatures along the way. The cleverness lies in the illustrations – because the appearance of the cat changes dramatically, according to each observer. Whilst the child sees a cute, fluffy pet, for example, the mouse's vision is dominated by fearsome fangs and claws, and malevolent eyes. Wenzel's artwork could easily be used as the starting point for a creative project in which pupils try to produce drawings or paintings of familiar things from a perspective that is not their own.

“They All Saw a Cat is thoughtful and simple, with lots to talk about.”
Brough Girling, judge 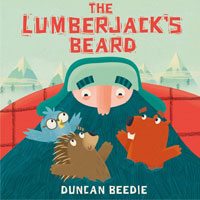 When Big Jim Hickory’s tree-felling leads to his woodland friends losing their homes, he comes up with a bold idea that will change the way they share the forest forever. 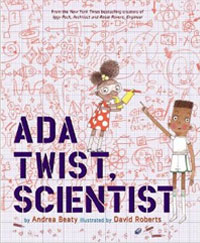 What do your pupils think a ‘scientist’ looks like? Try asking them to draw a picture of one before you share this story with them - because it’s unlikely anyone will come up with an image that’s anything like Ada Marie Twist. Yet Ada - young, black, female, sporting spotty socks and bobbles in her hair - represents everything that science is about. Endlessly curious, and determined to find out the why and how of everything around her, she just can’t help questioning and conducting experiments to test her theories - even when it drives her parents to distraction. Andrea Beatty’s rhyming narrative is fizzy and joyful; and keen-eyed youngsters will be thrilled to spot evidence cleverly placed in David Roberts’ illustrations that even Ada herself has yet to discover.

“This is a book for children of the 21st century. It's got rhymes as slick as Dr Seuss, illustrations full of life, and an inspirational storyline about embracing curiosity and ambition. Every child should read it.”
Kate Williams, judge 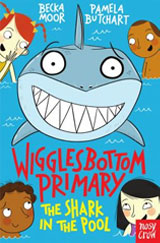 Wigglesbottom Primary - The Shark in the Pool

Anything can happen at Wigglesbottom Primary, and it always does. Is there a shark in the swimming pool? Yes! Can a play parachute make someone invisible? Yes! And is that a dinosaur buried in the playground…? 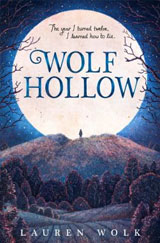 Annabelle McBride is a perceptive, honest and questioning narrator, who is determined to explain as clearly and truthfully as possible exactly what happens when her previously uneventful life in is turned upside down by the arrival of cruel and strangely cold Betty Glengarry in town. Set in sleepy Wolf Hollow, Pennsylvania, in the long shadow of the early years of World War II, and with the memories of the first World War still fresh in the minds of the characters, this is a tale of prejudice and trust, and what it might really mean to be a ‘lone wolf’ - told by an unusually perceptive, honest and questioning narrator. Whilst there are brutal edges to the plot that younger readers, expecting reformation and redemption, might find shocking, it is still an ultimately uplifting read, with hope for humanity at its heart.

"I had a clear favourite and then I went on to read Wolf Hollow, which has somehow slipped under my radar until now. This book is extraordinary. With shades of To Kill a Mockingbird but inspired by her own mother's family, Lauren Wolk has created a work of fiction where every character lives off the page. It is a gripping, moving, living, breathing tale written by a highly skilled hand. I cannot recommend it enough."
Philip Ardagh, judge 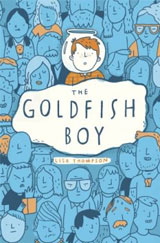 Matthew likes clean surfaces, staying safe in his bedroom, and making notes about his neighbours. He hates germs, going outside and feeling like a disappointment to his mum and dad. When a toddler staying next door goes missing, Matthew is the key to working out what happened – even as his own secrets start to unravel…